Iraqi troops step to the front in sweeping Baghdad raid 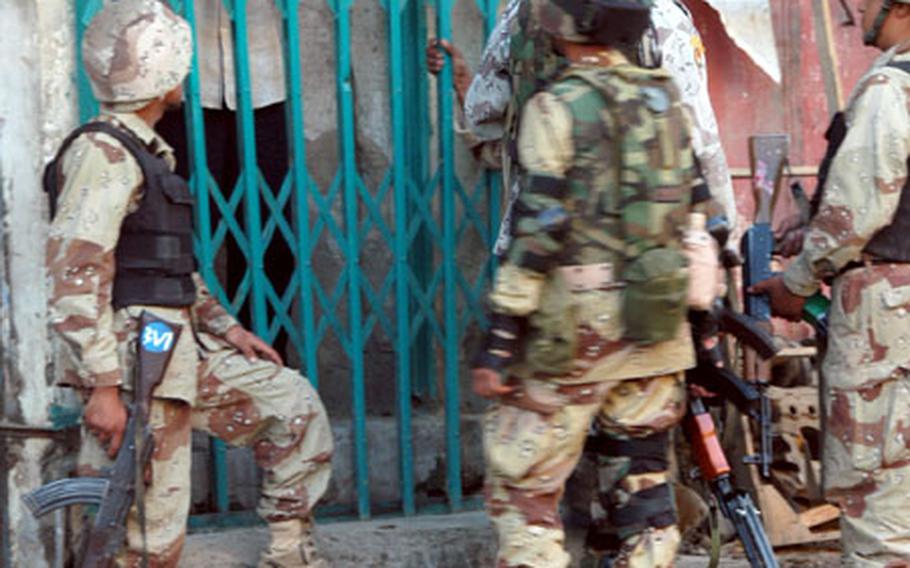 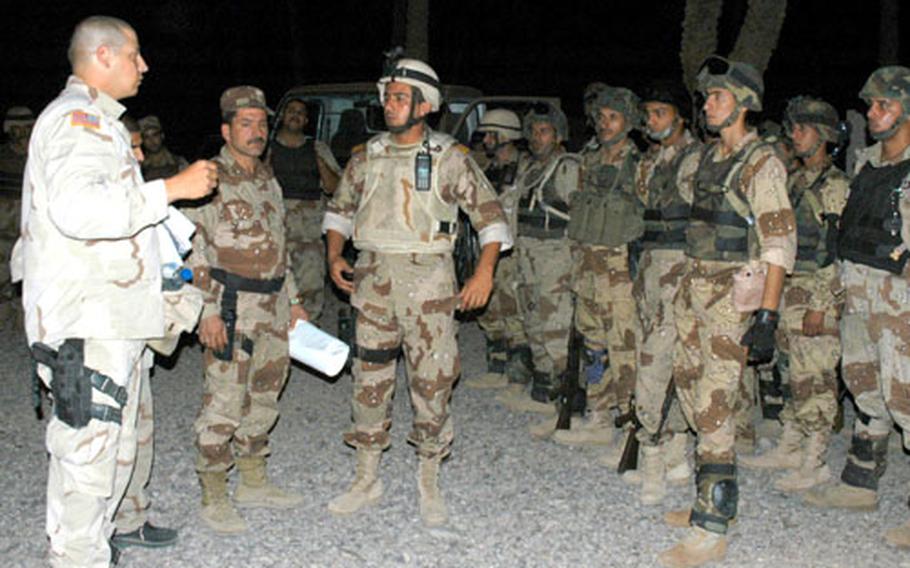 The soldiers were starting a 72-hour sweep called Operation Cobra Lightning, a combined mission calling for the search of entire city blocks for the insurgents whose bombs and guns are killing and maiming American troops and Iraqi people.

On early Tuesday morning, however, the mission was delayed by a half hour. Half of the trucks in the convoy parked in the wrong place, and moving them in the dark, narrow alleys took awhile. The confusion continued as U.S. troops tried to assign tasks to the Iraqis. For a few minutes, a U.S. lieutenant directing the mission mistakenly thought he had left a squad of Iraqi soldiers back at the base.

Finally, sometime after 2 a.m., the Iraqi soldiers began knocking on doors. An hour later, they were only halfway done with the block.

Capt. Damian Marquith, commander of the U.S. troops who come from a company of New York Guardsmen from the 101st Cavalry, looked on patiently. The mission was running more than two hours behind.

The coordinated effort between the two armies stalled and stumbled a few times during the midnight-to-noon shift. But neither side was to blame for the slow pace, Marquith and others said.

Instead, the frustrations showed how challenged and how dedicated both sides are to building a capable Iraqi military so that it can protect its country and American troops can return home, soldiers said.

Some are obvious. The constant need for translators made talking and giving orders slow, even confusing, at times.

Some problems were just logistical. Trying to shut down entire city blocks &#8212; both in the darkness of the early morning and in the daylight with dozens of curious onlookers &#8212; tested everyone&#8217;s patience.

But, in the end, the troops detained seven people for questioning, including one person who is a named suspect in the insurgency. They found evidence that other insurgents were living in a home but had fled, leaving forged identity papers and some anti-American material. And they finished their mission &#8212; three complete searches in three parts of Hurriya &#8212; right on time.

The Iraqis played a key role in that success, Marquith said. They conducted the searches and initial interviews themselves, guarded the streets to keep curious neighbors inside, and pointed out other houses thought to hide suspected insurgents, all jobs the Americans admitted the Iraqis can do far better in their own country and language.

The Iraqis&#8217; presence played into the Americans&#8217; goal for the three-day mission: to catch insurgents, to train the Iraqis in basic soldiering skills such as setting perimeters and searching without destroying property; and to show the Iraqi people that Iraqi soldiers are part of the face of coalition forces.

The Americans were more shoulder-to-shoulder with the Iraqis on Tuesday, the first of three raids these six platoons would do together during the next three days.

American sergeants accompanied the Iraqis in each house. An American platoon leader, Lt. Aaron Lefton, 29, of New York City, gave the orders to the Iraqis. U.S. soldiers made the final call on whether to send a suspect to a nearby military base for further questioning.

By the second stop, at 6:12 a.m., the soldiers parked their trucks in the right place. One U.S. platoon leader had created an assembly line of sorts for the searches: the Iraqis knocked, searched and gathered their suspects, then the U.S. soldiers conducted additional interviews while the Iraqis went on to the next house.

But Marquith grew a little worried when the Iraqi commander asked if his troops could stop to eat breakfast. The American captain never considered saying no, but he wondered how long a meal break meant for the Iraqi soldiers.

The Iraqis ate their flatbreads, took a drink, and were back in formation before the U.S. soldiers were ready. Instead of waiting, the Iraqis asked a family near the search area if they could use their roof to watch for attacks.

By the third stop, at 9:45 a.m., Marquith asked a few Iraqi soldiers if they were tired. A handful shook their heads no.

&#8220;They lie,&#8221; one soldier said, through an interpreter. Then the crowd laughed. The truthful soldier didn&#8217;t realize he was talking to an American captain.

Marquith just smiled. He was tired, too.