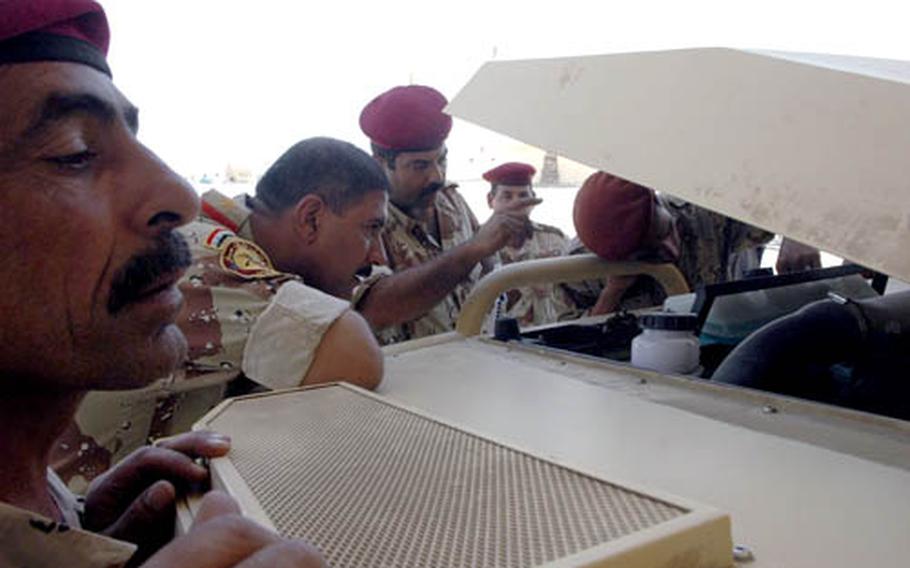 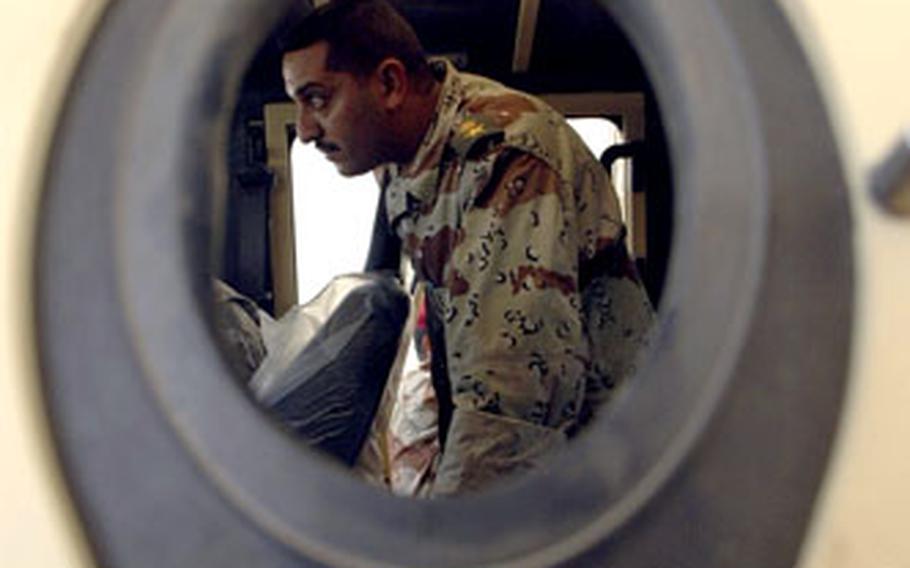 An Iraqi army captain can be seen inspecting the interior of an new Polish-made armored through one of the vehicle’s gun ports recently. (Monte Morin / S&S) 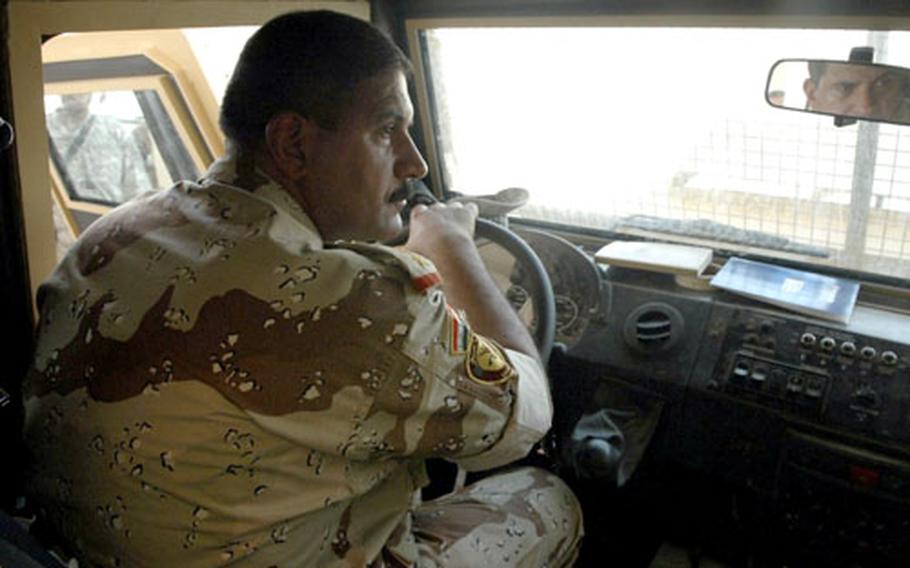 NAJAF, Iraq &#8212; As U.S. troops prepare to vacate a once-key forward operating base on the fringes of this Shiite Muslim holy city, Iraqi soldiers are bracing themselves for the impending handover.

The hulking vehicles, which are studded with machine-gun ports and spray-painted with the Iraqi flag, are intended to aid Iraqi army soldiers in dealing with conflicts between Shiite militias who are vying for political supremacy in this area &#8212; the cultural and spiritual heart of Iraq&#8217;s Shiite-led government.

Waddell &#8212; a military transition team leader with the 3rd Battalion, 16th Field Artillery Regiment, 2nd Brigade, 4th Infantry Division &#8212; has helped train the 2-1-8 over the last year. The unit, he said, consists of many soldiers who distinguished themselves in fighting during the Mahdi Army uprising two years ago and during more recent revolts in Diwaniyah and Karbala.

&#8220;They did a good job,&#8221; Waddell said of the unit&#8217;s performance in those recent clashes with Mahdi Army militiamen. &#8220;We trained a lot with these guys and we knew they could do it, but we wondered if they had the will to follow it through. They certainly answered that question. Seeing that gives you some hope.&#8221;

On Tuesday, the 2-1-8 commander, Iraqi Army Col. Majeed Mohammed Fatlawi, and other officers inspected one of the new vehicles, climbing behind the wheel and peering under the hood.

Waddell said that one of the vehicles was tested in Diwaniyah. Soldiers fired AK rifles and rocket-propelled grenades at a truck to see what sort of damage would result. &#8220;Not even a scratch,&#8221; Waddell said.

The 3-16 FA is preparing to move out of Forward Operating Base Duke, which is scheduled to be handed over to the Iraqi military. The handover will mark the end of any significant U.S. military presence in the city.

Waddell said he believed the 2-1-8 was up to the task, but said he&#8217;d feel better if a second Iraqi army battalion was stationed in the area.

Many of the officers in command of the 2-1-8 are former Iraqi army officers, or former Iraqi Civil Defense Corps enlistees who joined the nascent military force at the time of the Mahdi Army uprising and who stuck around when other soldiers and officers fled in the face of combat. &#8220;These are the guys who stepped up when other officers were taking off,&#8221; Waddell said. &#8220;They received field commissions as a result. These guys are good.&#8221;