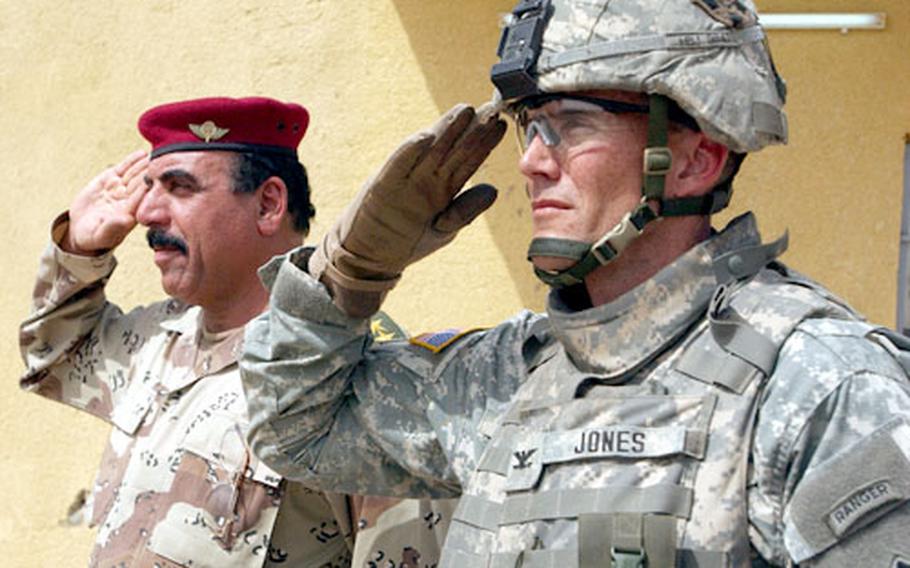 Training, equipping and giving more responsibility to Iraqi forces are the cornerstones of the U.S. exit strategy in Iraq. Salah ad Din province, in particular, is seen as one of the key areas in the country, both politically and economically. By summer&#8217;s end, U.S. officials have said, more than half of Iraq could be back under the purview of Iraqi forces.

But, officials have acknowledged, progress among Iraqi units varies widely.

The Iraqi 3rd Battalion was part of Operation Cowpens, a monthlong sweep of the Jabouri Peninsula that garnered a large number of weapons.

The 3rd Battalion, 4th Iraqi division was formed in December 2003 and was formerly known as the 203rd Iraqi National Guard Battalion.