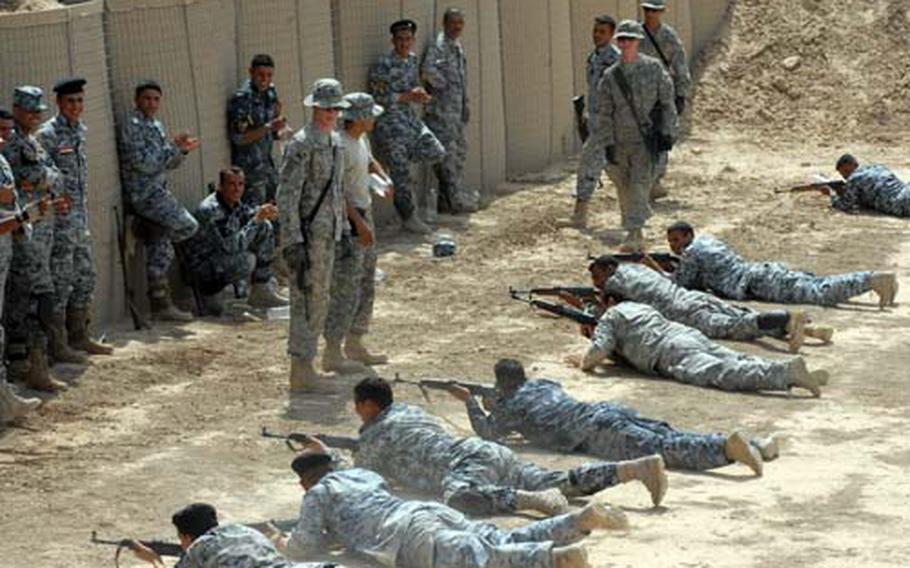 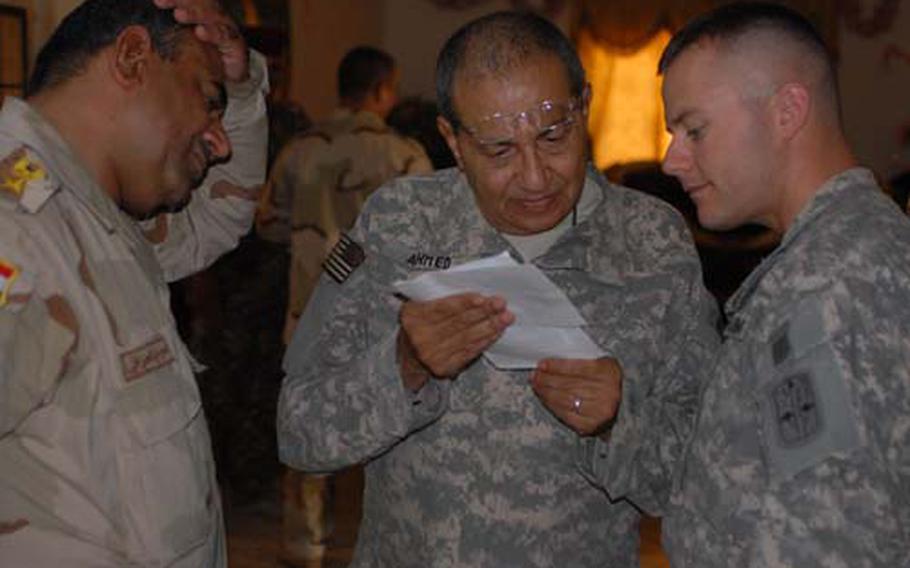 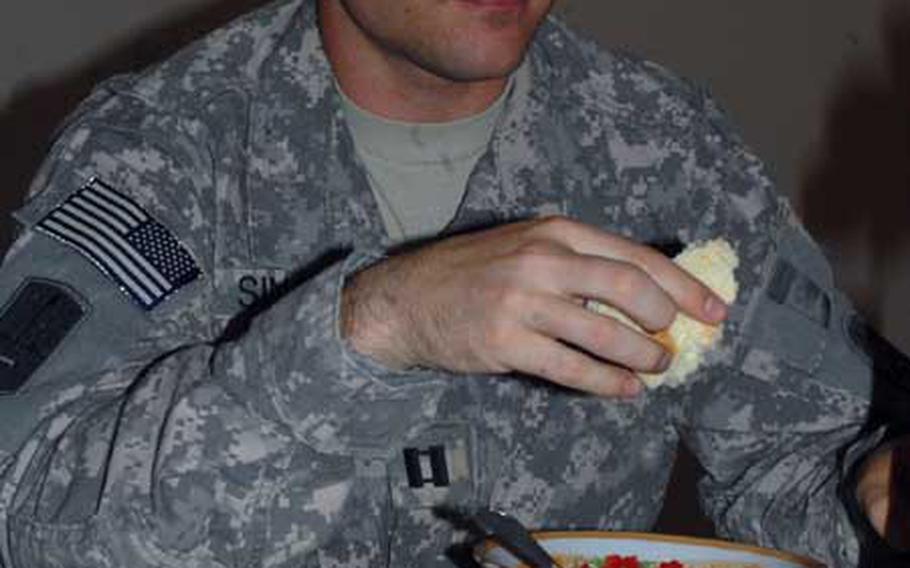 PATROL BASE MAHAWIL, Iraq &#8212; American forces south of Baghdad are moving training for Iraqi security personnel to U.S. bases outside of cities &#8212; minimizing time outside the wire for U.S. personnel who would otherwise have to travel to Iraqi bases.

The idea was put into practice on Monday when a group of Iraqi police from Babil province&#8217;s Emergency Response Unit trained with U.S. soldiers at Patrol Base Mahawil.

In searing heat, the Iraqis drilled with their weapons under the gaze of instructors from Company C, 2nd Battalion, 28th Infantry Regiment, 172nd Infantry Brigade.

Company commander Capt. Nicholas Sinclair, 28, of Eastpointe, Mich., said his men plan to spend the next six months establishing a training facility at the base they share with an Iraqi army battalion.

Patrol Base Mahawil, about a mile outside the town of Mahawil, is a collection of tents in a corner of what used to be a massive base for an Iraqi armored brigade. Most of the facility is in ruins, destroyed by bombs during the 2003 invasion, but the Company C soldiers have already converted some of the land into small-arms ranges.

"We are building objectives on the ranges for the Iraqis who are coming to us to train," Sinclair said.

Bringing Iraqi security forces to the patrol base for training also means insurgents can&#8217;t say U.S. forces are not honoring the security agreement with Iraq to leave the cities by June 30, he added.

The changing mission means a slower operational tempo, with long hours spent on the base doing menial tasks such as burning human waste each morning behind the wooden latrines. For young infantrymen, the peaceful, monotonous life on the patrol base can be a letdown.

"A lot of our soldiers have already done that and have seen that it doesn&#8217;t work. They can rein in those junior soldiers."

When Company C last deployed to Iraq, from 2006 to 2008, 14 members of the unit were killed in action, including Spc. Ross McGinnis, who received the Medal of Honor after he saved other soldiers by falling on a grenade that was thrown into his truck.

His exploits, and those of Company C soldiers in conflicts such as Vietnam, World War I and the Philippine Insurrection, are displayed on a wall inside the company headquarters at the patrol base.

The lack of action in a place they expected to see combat is hard for an infantryman to stomach, said Spc. Francis Gadiane, a 26-year-old from San Diego who is on his first deployment.

"We have combat veterans telling us how it is," he said.

"They train you for it and you come here and it is a whole different war. It&#8217;s like you put pit bulls in a cage and shake it up for months at a time. These guys come here ready to fight and there&#8217;s no fight."

On past deployments, soldiers spent eight to 10 hours on patrol each day, Sinclair said.

Nowadays the mission involves training the Iraqi soldiers and police to patrol their own neighborhoods, he said.

"They are securing their own population, which is a much better solution than me going out there trying to apply our standards in Iraq," he said.

The hardships at Mahawil &#8212; heat, dust, broken showers and blocked toilets &#8212; probably don&#8217;t compare to what soldiers on past deployments suffered, Sinclair said.

Another young Company C soldier who is downrange for the first time, Pvt. Michael Bertsch, 23, of Medford, Ore., was more philosophical about the lack of action.