Iraqi soldiers learn to be sharpshooters 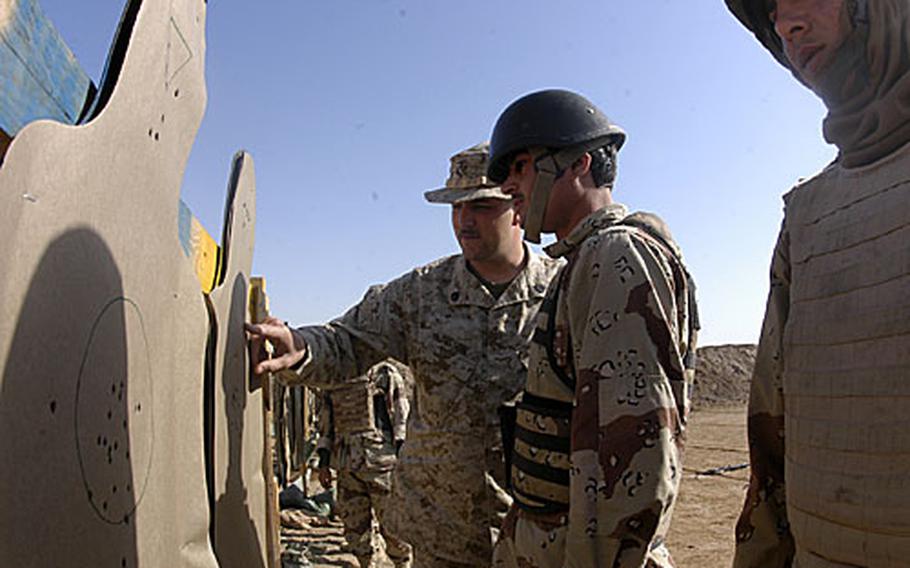 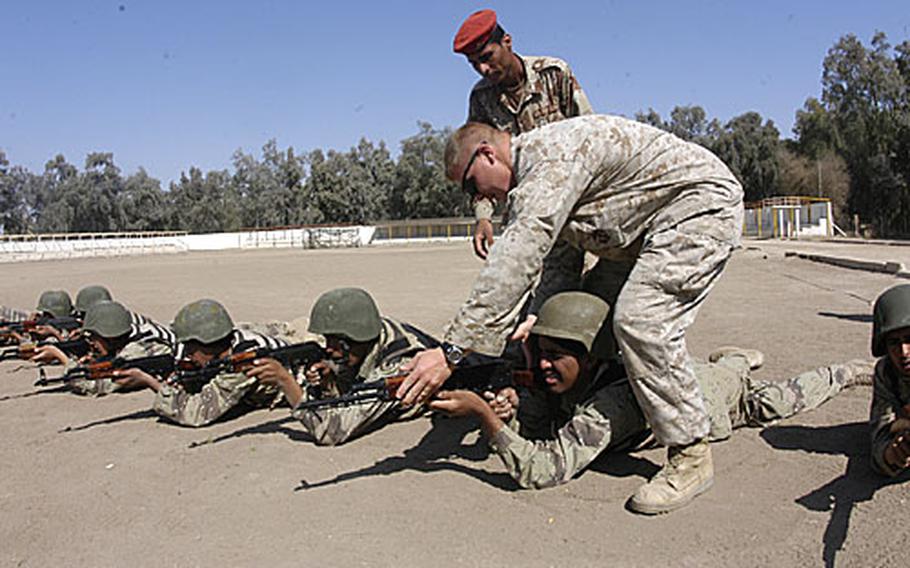 U.S. Marine Sgt. Christopher Woodard, 28, adjusts the aim of an Iraqi private while explaining to the Iraqi sergeant in the red cap how to make sure the recruits’ bodies are in proper alignment to hit a target. (Sandra Jontz / S&S) 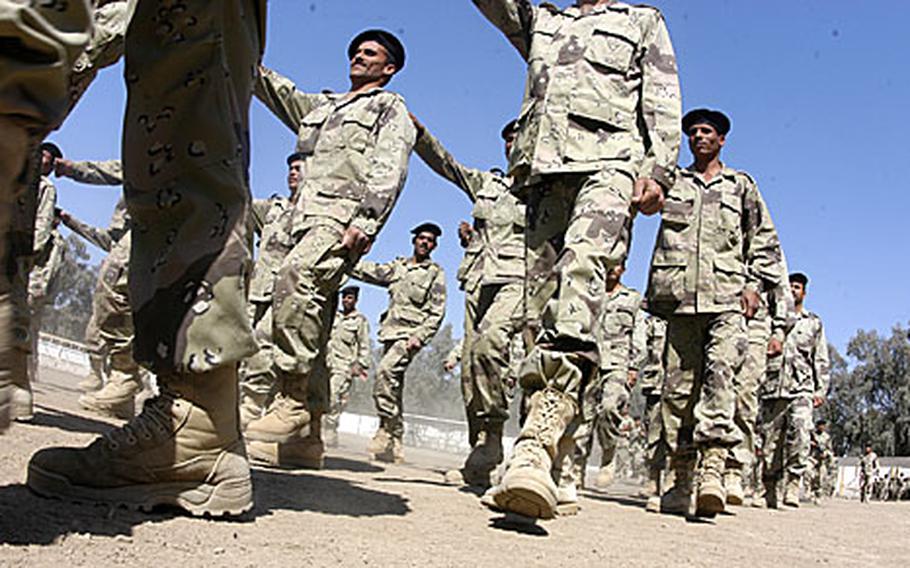 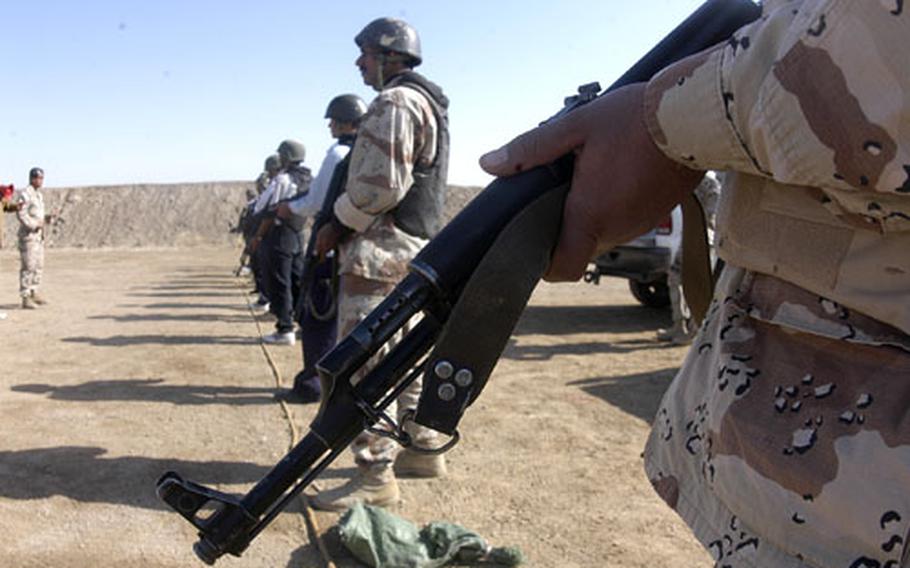 Iraqi soldiers and police officers prepare to take aim during marksmanship training Tuesday at one of five shooting ranges at Camp Habbaniyah. The students are part of a 13-day Iraqi Small Arms Instructor Training Course, in which they learn proper handling of weapons, and then are to return to their units to teach others. The program is taught by Marines with Multi-National Force West, under 2nd Marine Expeditionary Force (Forward). (Sandra Jontz / S&S)

CAMP HABBANIYAH, Iraq &#8212; The concept that every soldier is a rifleman first has become reality for Amir Khadum, an administrative clerk in the Iraqi army&#8217;s 1st Infantry Division.

&#8220;I like this idea that as long as I&#8217;m a soldier in the military, every soldier should know how to shoot, how to aim,&#8221; said Khadum, 23, a student at the U.S. Marine Corps-led Iraqi Small Arms Instructor Training Course at Camp Habbaniyah.

His job keeps him sitting behind a desk, not on the front lines. But 13 days of instruction is supposed to make him proficient enough to return to his unit and teach other Iraqi soldiers marksmanship on three types of weapons: the AK-47, the longer-barreled RPK, and the PKM machine gun.

There&#8217;s no shortage in this country of people who own weapons. But having one doesn&#8217;t mean they know how to use one, said Chief Warrant Officer 5 Terry Walker.

Accurate shooting is a learned skill, not innate. They just need to be taught, he said.

Kassun Hamid Rasheed&#8217;s grandfather taught him how to shoot &#8212; or so the Habbaniyah policeman thought.

&#8220;Now I&#8217;ve learned how to handle weapons, and to teach others and give advice,&#8221; the aspiring police sniper said through a translator.

Once properly taught, the soldiers and Iraqi police are proving rather skillful, instructors said. At target practice, students can earn a maximum of 500 points shooting at chest and head areas on the paper target. They average scores of 470 to 480, said Staff Sgt. Douglas Bisson.

The Iraqis receive the same marksmanship training as Marines. The approach, however, has been altered.

The tactic of having drill instructors scream at and belittle stateside recruits, for example, backfires on Iraqis. They shut down or quit.

Iraqi recruits are emotional and don&#8217;t like disappointing those in command, Marines said. Instructors have learned to use positive reinforcement, pulling aside students to point out mistakes and avoid embarrassing them in front of their peers.

To think Iraqi soldiers and police could mimic forces that make up the U.S. military is shortsighted and foolish, said Walker.

The boot camp doesn&#8217;t have the extras U.S. military personnel get, such as lessons on policies against sexual harassment, equal opportunity regulations or even land navigation skills.