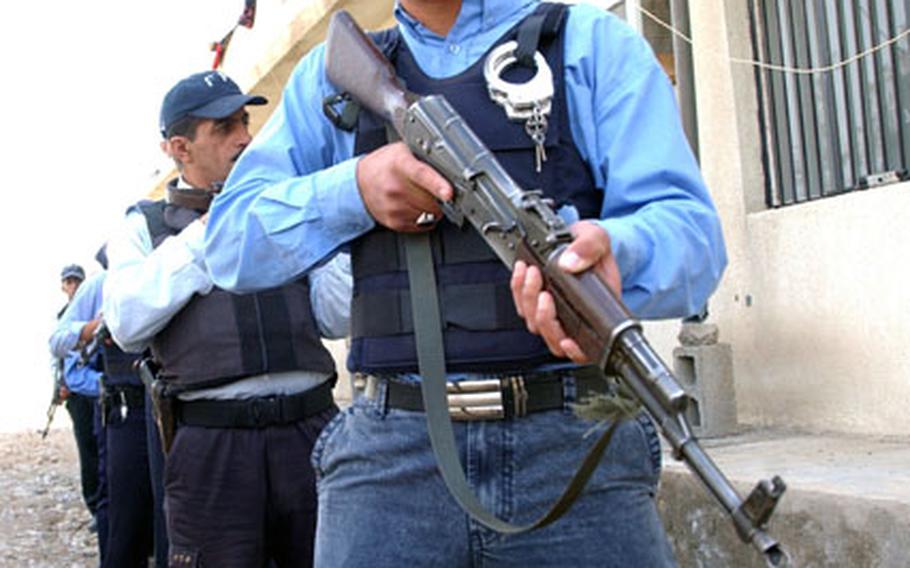 Members of the Iraqi police practice walking in formation during training provided by U.S. troops at Jedeidah, Iraq, one of several locations where the training is taking place. (Zach Mott / U.S. Army)

Members of the Iraqi police practice walking in formation during training provided by U.S. troops at Jedeidah, Iraq, one of several locations where the training is taking place. (Zach Mott / U.S. Army) 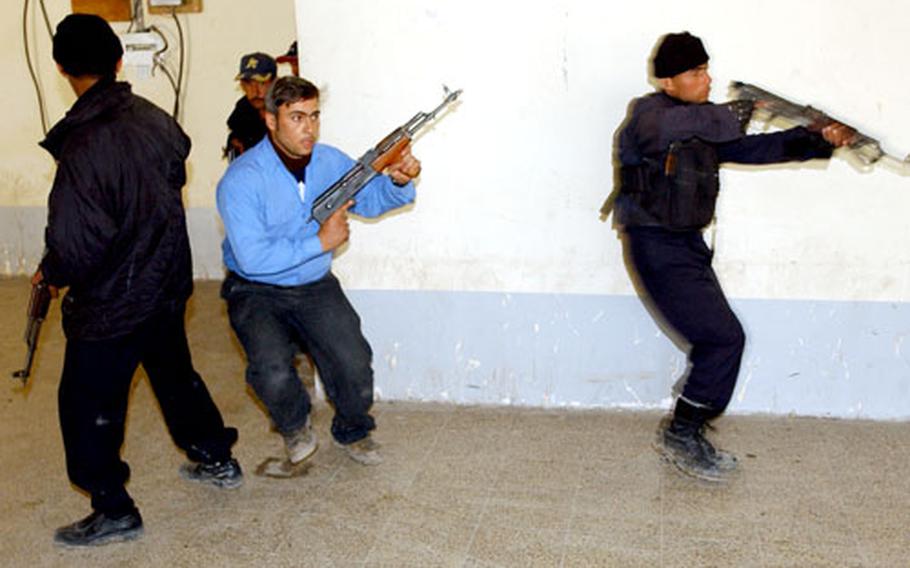 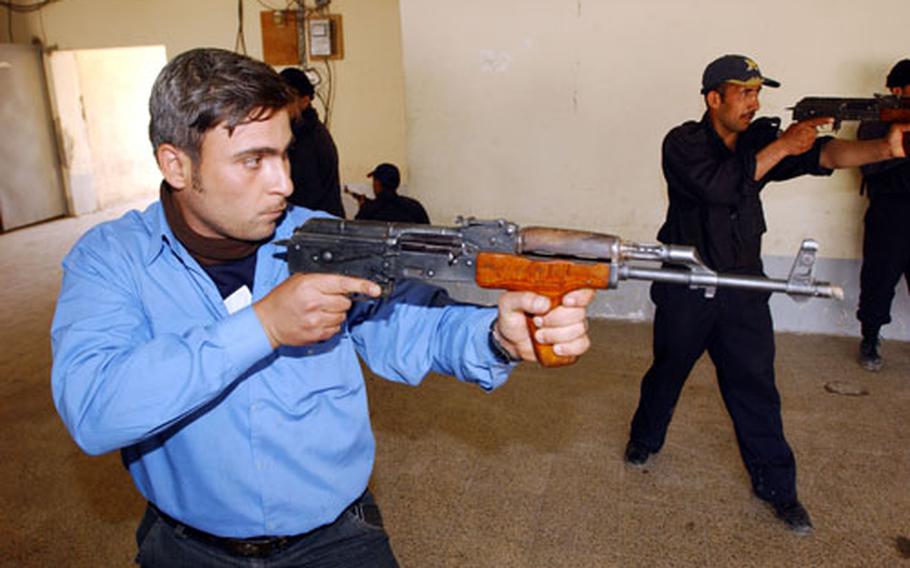 Members of the Iraqi police practice the proper procedures for clearing a room during training conducted by U.S. troops. (Zach Mott / U.S. Army)

Editor&#8217;s Note: This is the last of a two-part series on how U.S. troops at Forward Operating Base Normandy are training Iraqi security forces. Part I appeared on April 23.

The Iraqi side of Forward Operating Base Normandy is home to the regional police academy, which currently has its largest class since its inception, according to the U.S. soldier who runs it.

Staff Sgt. Allen Barnette, 32, who serves as commandant of Scorpion Academy, says that right now it has 41 students, an increase from the previous average of about 15 per class.

Positive word-of-mouth and the coalition&#8217;s focus on training Iraqi police has led to the increase, said Barnette, who is from Houston and assigned to the 1st Squadron, 32nd Cavalry Regiment. But logistically and financially, the academy is still in its infancy.

For example, while the academy had an informal agreement with the Iraqi army to use its chow hall, when the Iraqi 3rd Battalion, 3rd Brigade, 5th Division moved on base, there wasn&#8217;t enough money or food to allow the Scorpion Academy students to keep eating there, he said.

Barnette said he has had to improvise until a food services contract can be drawn up for the academy. He runs over to the American chow hall three times a day so the academy students can get chicken and rice.

During the 15-day course, students learn first aid, tactics and marksmanship, essential skills that are largely absent from any previous training they might have had, Barnette said.

For example, Barnette estimated that about 90 percent of the students don&#8217;t use the sights on their weapons when they arrive at the academy.

&#8220;They fight with a style, if you want to call it, called In shallah. They just aim the weapon in a general direction. And if the bullet hits you, then God intended for the bullet to hit you. And if it missed you, then it just wasn&#8217;t your time,&#8221; he said.

Initially, U.S. trainers did all the instruction, but now three Iraqi trainers pretty much run the academy, Barnette said.

&#8220;Probably one of the highlights of my whole experience on this deployment is watching these guys go from crawling to walking to running,&#8221; he said.

On another part of FOB Normandy, a group of about a dozen Iraqi medics and infantrymen listen as two Iraqi soldiers give a lecture on first aid.

In the back of the room, U.S. troops stand and watch as the Iraqi instructors demonstrate what to do with an obstructed airway.

The role of U.S. troops has changed from instructors to overseers, said Sgt. Thomas Miller, 24, of the 1-32nd Cav.

The hope is that by August the Iraqis will also be able conduct the class without any U.S. help, said Miller, of Clarksville, Tenn.

He said the Iraqis have made great progress since the class began in December. Initially, Iraqi medics would drop off casualties with U.S. troops and leave, but now the Iraqi and U.S. medics work together to treat casualties, he said.

On this day, Miller asks a soldier to pick up lunch from the chow hall for the Iraqis.

He said he learned that it is easier to bring the Iraqis their food, otherwise about half the class will not return from lunch.

Everything around here is God&#8217;s will, he explained.