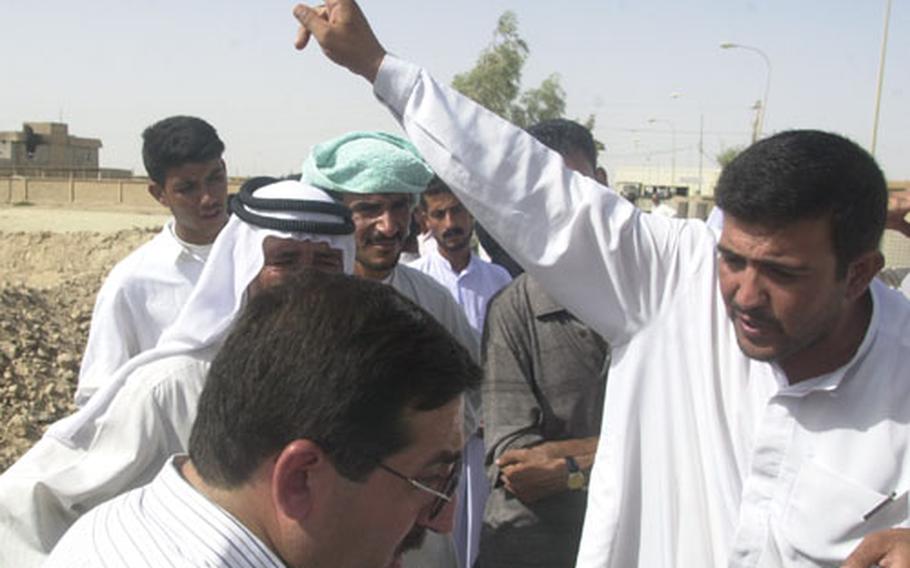 Angry Iraqis complained to reporters about alleged harsh treatment from U.S. soldiers. Details were hazy and contradictory, but no one said Friday&#39;s shooting was anything but an accident. (Terry Boyd / S&S)

Angry Iraqis complained to reporters about alleged harsh treatment from U.S. soldiers. Details were hazy and contradictory, but no one said Friday&#39;s shooting was anything but an accident. (Terry Boyd / S&S) 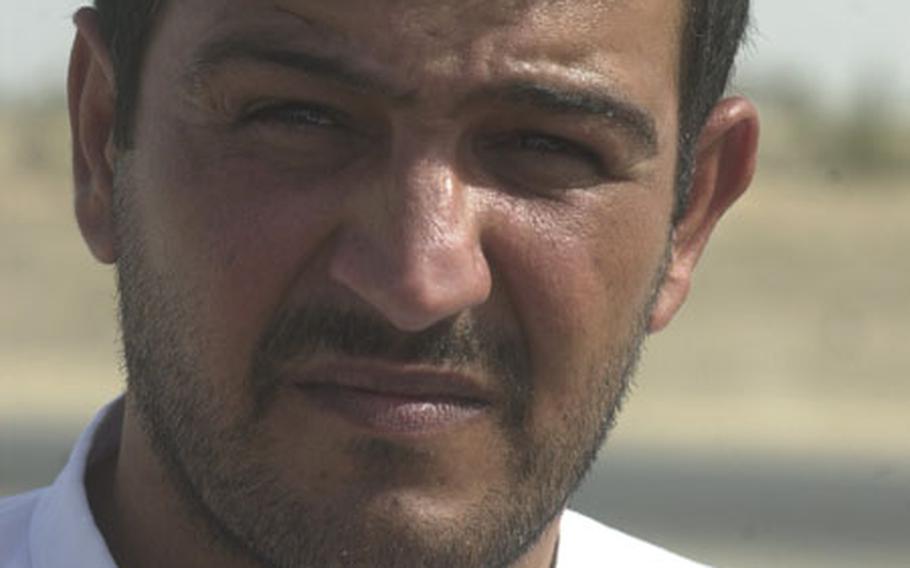 FALLUJAH, Iraq &#8212; At least eight Iraqi Police officers were killed when they got caught between suspected bandits and a platoon from the 82nd Airborne Division early Friday morning near Fallujah.

On the main road to Fallujah, a vehicle turned around and attacked their unit, said soldiers from the 2nd Brigade, 504 Regiment involved in the incident. The ensuing firefight, only a few hundred yards from the 82nd&#8217;s base called Dreamland, lasted between 90 minutes and two hours, the soldiers said. The attackers fired on them with heavy weaponry, including a 12.7 mm heavy machine gun, they said.

Apparently unbeknownst to the soldiers, as many as 25 Iraqi Police &#8212; trained and equipped by U.S. forces &#8212; were pursuing the alleged bandits and were mistakenly fired on by the troops. The 82nd Airborne soldiers also said they arrested several men in the incident, but no details were available at Stripes&#8217; deadline.

A 3rd Armored Cavalry Regiment officer at the base known as MEK &#8212; about a mile west of Dreamland, refused to comment, ordering reporters off the base.

A preliminary U.S. military report states that one 82nd Airborne soldier was wounded, along with five &#8220;neutrals,&#8221; but includes no specifics, said Sgt. Amy Abbott, spokeswoman at the Coalition Press Information Center.

The Army is investigating the incident, Abbott said.

Iraqi Police, who arrived at MEK base at 3:30 Friday afternoon to pick up the bodies of some of the dead, told Stars and Stripes that eight policemen were killed and five were wounded. But officials at the Jordanian hospital outside Fallujah said more people may have been injured or killed.

In front of the hospital, angry Iraqis raged at U.S. troops, describing their tactics as harsh. But no one described the incident as anything but an accident.

&#8220;The IPs (Iraqi Police) came between them and the attackers,&#8221; said Sabah Jasim, a resident of the area who witnessed the firefight. In the chaos of the shooting, the soldiers didn&#8217;t realize who the police were, Jasim said.

The firefight lasted for more than an hour, and afterward, he scooped up thousands of rounds of expended ammunition and clips, he told Stripes.

In the Fallujah hospital, where some injured were taken, policeman Arkan Adnan Ahmed told The Associated Press that the shooting lasted about 45 minutes. He was shot in the shoulder.

He said the sudden appearance of one of the police vehicles, an unmarked pickup truck with a machine gun mounted on top, may have prompted the Americans to begin firing.

The killing of the IPs was only the latest of countless incidents in the last three weeks around Fallujah, about 60 miles west of the center of Baghdad, and Ramadi, about 25 miles west of Fallujah. Two coalition soldiers were killed and seven wounded when a firefight broke out during an early morning raid near Ramadi, according to a coalition news release. The release did not identify the soldiers&#8217; nationalities.

On Thursday afternoon, attackers fired rocket-propelled grenades at a U.S. military convoy about 20 miles west of Fallujah, touching off a firefight that left at least one American soldier wounded, the military said. Tanks and other vehicles from the 3rd Armored Cavalry Regiment came under attack.