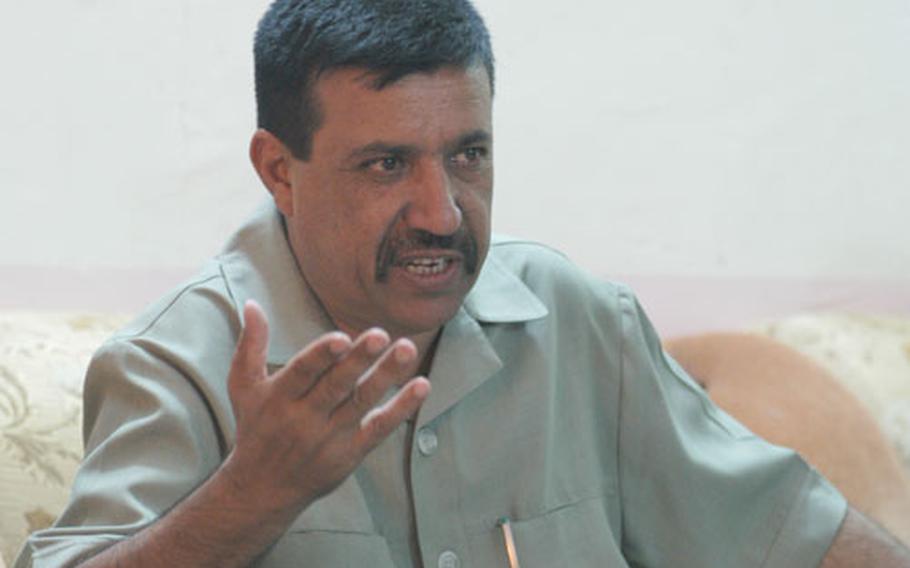 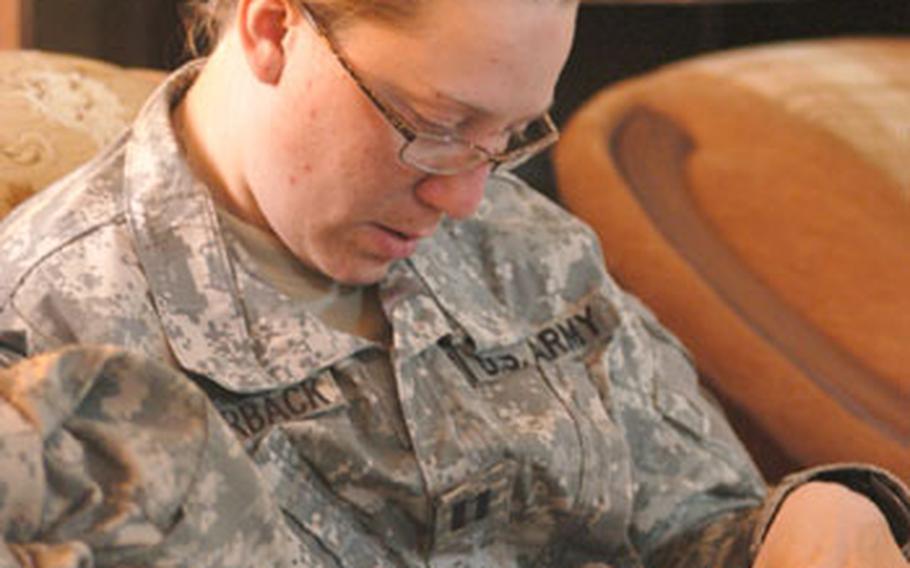 MUQDADIYAH, Iraq &#8212; At least 15 Iraqi policemen have been held in a foiled kidnapping scam thought to be backed by local Shiite politicians, U.S. and Iraqi officials said Wednesday at a weekly joint meeting in Diyala province.

The episode highlights the problems faced in a region plagued by violence between and even within sects. Even as al-Qaida in Iraq militants are being pushed out, other problems are popping back up.

"They failed to attract support and are now undermining the current leaders so they can take power," Hasan said through a translator after the meeting in the Muqdadiyah mayor&#8217;s office.

He also said that Shiite militias linked to the politicians continue to flourish in the area.

On Monday, an Iraqi woman and her two children were reportedly kidnapped in Abu Sayad, near Muqdadiyah. U.S. soldiers working alongside Iraqi security forces later determined the woman was in on the plot.

Suspicions of an inside job arose when a suspected kidnapper called the woman&#8217;s sister-in-law on Tuesday and drastically dropped the woman&#8217;s ransom from $100,000 to $35,000, said U.S. Army Capt. Tiffany Bilderback, nonlethal operations officer for Fires Squadron, 2nd Stryker Cavalry Regiment.

Bilderback said U.S. soldiers detained the caller, who then showed them where the woman and her children were hiding out in Baqouba.

The woman said going along with the kidnapping was the only way to get divorced from her husband, who was already detained for unnamed reasons, she said.

"There are still a lot of questions that need to be answered," said Bilderback, 25, of Colorado Springs, Colo., adding that an investigation is under way. "A lot more is going to be uncovered."

Thus far, Abu Sayad police arrested 12 of its policemen in connection with the failed plot. U.S. soldiers detained three Iraqi policemen in the town of Al-Abarra.

The woman and children remain in U.S. Army custody to protect them from retribution, according to Capt. Chris Ellis, 31, of Ellensburg, Wash., who works as the squadron&#8217;s information operations officer.

Abu Sayad&#8217;s police chief vowed to use this event "to clean house" within his unit, Bilderback said.

Diyala&#8217;s top leaders have criticized the corrupt police force in the province, where insurgents have been targeted by an Iraqi-led offensive. Even Maj. Gen. Abdul al-Kareem Khaleef, the provincial police chief, admitted that criminals operate in his police.

Sheik Abu Iklaus, perhaps the most influential sheik in Diyala, blames the provincial government for not hiring reliable policemen from the start.

"I&#8217;d be lying if I said that there was no corruption," said Iklaus, a Shiite, who oversees 128 other Sunni and Shiite sheiks. "They hired just about everybody from thieves to killers."