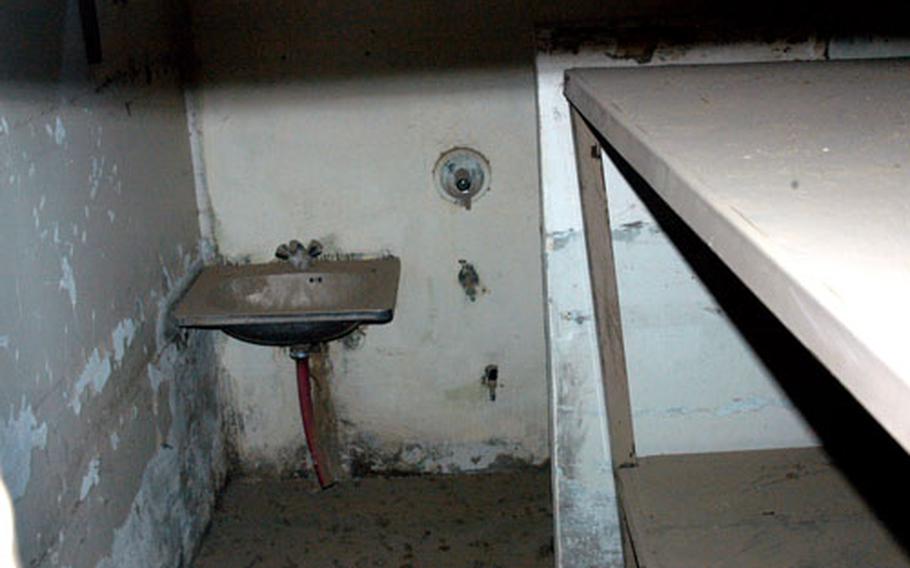 At least 18 people - and sometimes up to 30 - were packed into the prison&#39;s tiny cells, roughly 5 feet wide and 9 feet deep, with a bunk bed, sink, toilet and shower head. Black glass covered all the facility&#39;s windows, which kept daylight out around the clock. (Vince Little / S&S)

At least 18 people - and sometimes up to 30 - were packed into the prison&#39;s tiny cells, roughly 5 feet wide and 9 feet deep, with a bunk bed, sink, toilet and shower head. Black glass covered all the facility&#39;s windows, which kept daylight out around the clock. (Vince Little / S&S) 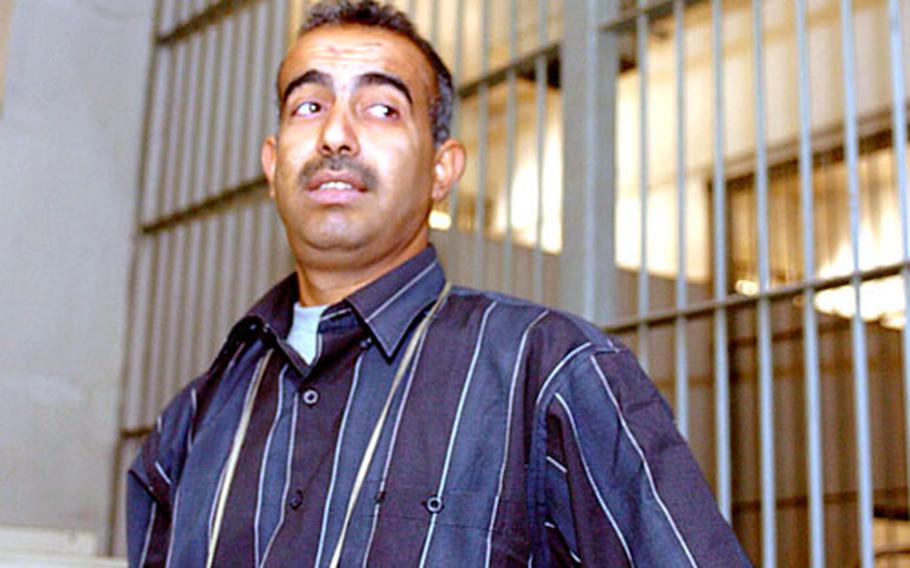 Anmar Abd Al-Jli Khadm, 33, of Baghdad, spent three months at the notorious former detention center on Forward Operating Base Loyalty, Iraq, in 1994. He recently walked into the prison for the first time in 11 years. (Craig Zentkovich / U.S. Army)

FORWARD OPERATING BASE LOYALTY, Iraq &#8212; Anmar Abd Al-Jli Khadm still remembers the day in 1994 when seven Iraqi agents surrounded him as he walked past a Baghdad garage.

Figuring they were either intelligence or security officials, he didn&#8217;t offer much resistance. The men placed a hood over his head, shoved him into a car and sped off.

Khadm had deserted the Iraqi army just a few months earlier and then snapped up a fake identification card, so he could think of only one thing.

The government officials took him first to an Iraqi police station for questioning, he said. Later that night, he was hooded again and brought to the detention center at Iraq&#8217;s General Security National Headquarters, which once occupied the base now used by the 3rd Infantry Division&#8217;s 2nd Brigade Combat Team.

Though he had no idea where he was at the time, Khadm would spend the next three months in the jail, and another four at a similar facility in Kirkuk and 90 days in military police confinement, he said.

Khadm, now 33, walked into the prison recently for the first time in 11 years, examining the concrete walls and iron bars that held him captive while recounting the horrors and atrocities that unfolded there.

He had ties to the Kurds in the north, and his interrogators zeroed in on that, although they also accused him of smuggling arms to Iran. Torture sessions were routine, he said.

Khadm, who arrived at the prison in February &#8212; when it was still cold outside &#8212; said they initially took all his clothes and stuck him in a room by himself.

He also endured multiple beatings, electric shock, solitary confinement and was hung from the ceiling by his ankles. Every so often, guards would stop by to pour salt in his wounds, enhancing the pain.

Many spent years at the detention center, he said. Feelings of despair were overwhelming.