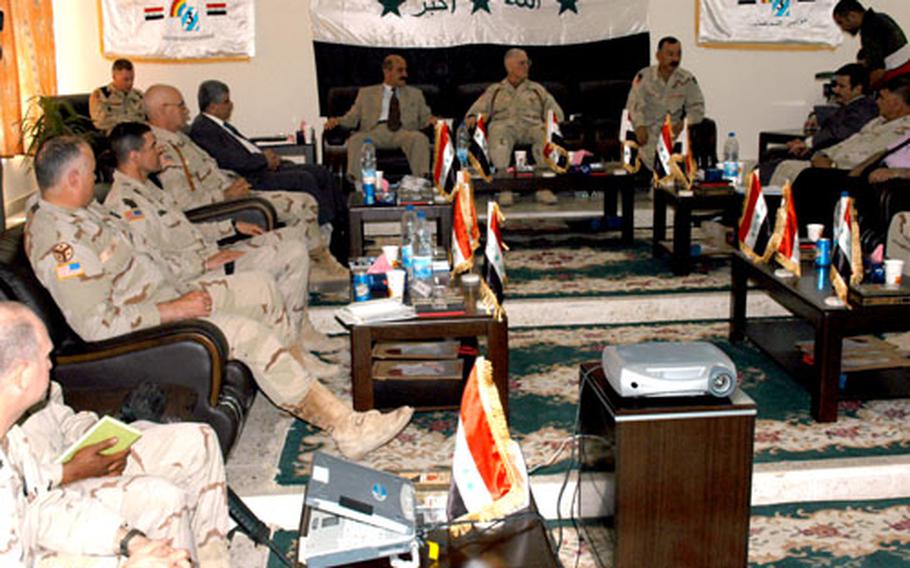 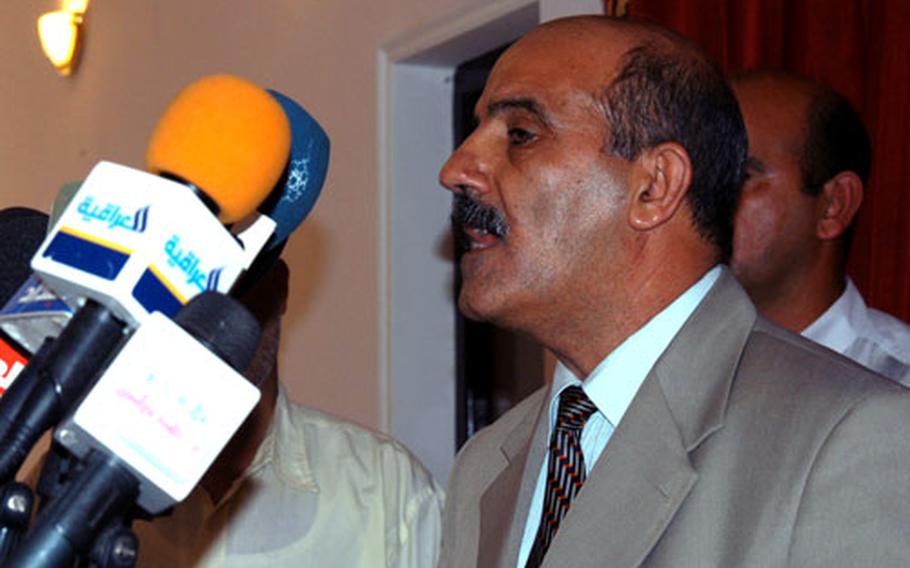 The governor of the Diyala province, Ra&#39;ad Rasheed Hameed, answers questions at a press conference Saturday at his new government headquarters in Baqubah. (Teri Weaver / S&S) 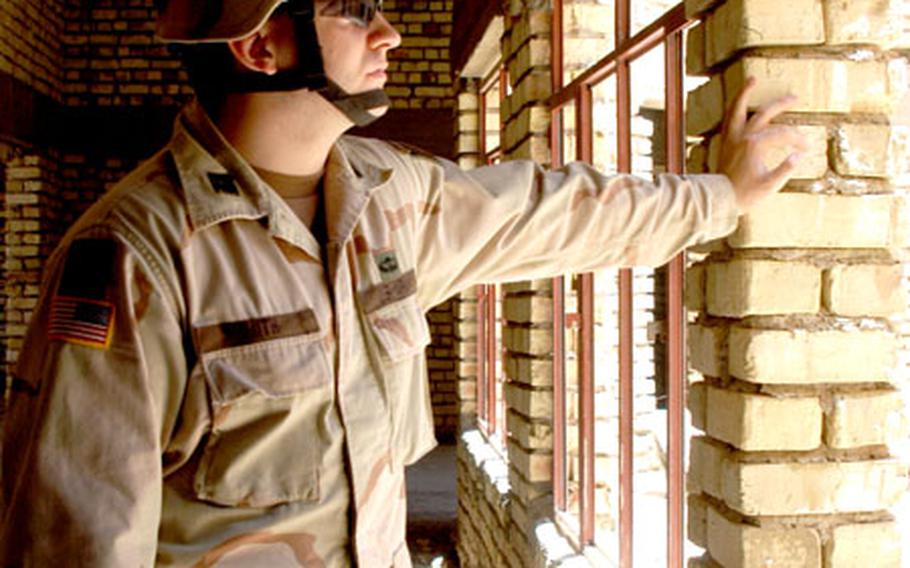 Capt. Myers Smith, a project coordinator for the 3rd Brigade of the 3rd Infantry Division, tours a construction site Saturday afternoon in Baqubah. The U.S. is spending early $300,000 to turn the brick-framed building into an emergency communications center for the Diyala province. (Teri Weaver / S&S)

BAQUDBAH, Iraq &#8212; In the midst of rebuilding a nation, local leaders here also want to rebuild their image with their citizens and their potential voters.

Much like U.S. military leaders and supporters of the coalition forces here, Iraqi governors want their residents to read about more than suicide car bombings and watch news coverage that includes more than insurgent terror.

They want them to know they are working to stem the violence while fixing leaking sewer systems, collecting trash and figuring out ways to get more electrical power into cities throughout north-central Iraq.

&#8220;We know that terrorism targets everybody,&#8221; the governor of Kirkuk province, Abdel Rahman Mostafa, said at a press conference in Baqubah, in neighboring Diyala province. &#8220;It concerns a lot of people.&#8221;

The governors from Kirkuk, Diyala, Salah Ad Din and Sulimaniyah gathered Saturday for a bi-monthly meeting with U.S. generals whose troops patrol the same provinces. The governors condemned the violence and said they are working together to come up with strategies to beat the insurgents. But they also said they are working hard to collaborate on improvement projects, such as sewage, utility and school renovations.

&#8220;The bad guy gets his message across by blowing people up,&#8221; said Maj. Gen. Joseph Taluto, the U.S. commander whose forces in the 42nd Infantry Division patrol in the four provinces. Taluto attends the bi-monthly meeting along with his brigade commanders.

Taluto&#8217;s division helps deliver some of those improvements.

In Diyala alone, $207 million has been earmarked for 260 improvement projects ranging from building a hydroelectric dam to buying medical equipment for hospitals to repaving roads, according to Capt. Myers Smith, a project coordinator for the 3rd Brigade of the 3rd Infantry Division, which is working with the New York guard in Iraq.

A map in Smith&#8217;s office shows the hundreds of ongoing projects. Right now, the process of prioritizing, writing specifications, bidding and approving projects is a joint effort by the Americans and the Iraqis, Smith said.

On Saturday, the governors used the 25-minute press conference to stress their independence from the Americans. The Diyala governor, Ra&#8217;ad Rasheed Hameed, said the Iraqi government was elected by the people of Iraq. As a sovereign nation, Iraq has invited the U.S. and other coalition forces to stay to help secure and stabilize the country.

On the way out of the press conference, one Arabic reporter asked an Army spokesman why the Americans attended the meeting if the Iraqis are working independently.