Iraqi forces put up tough fight in As Samawah 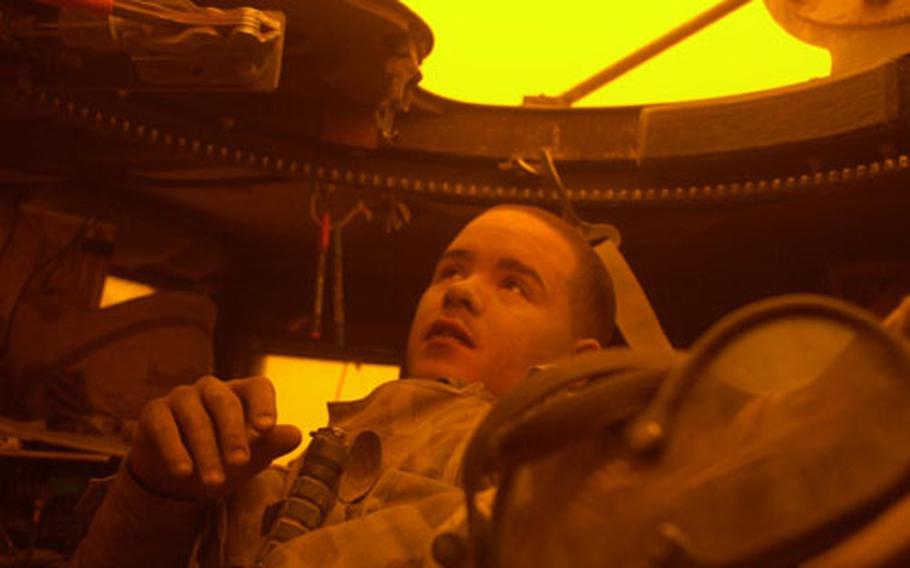 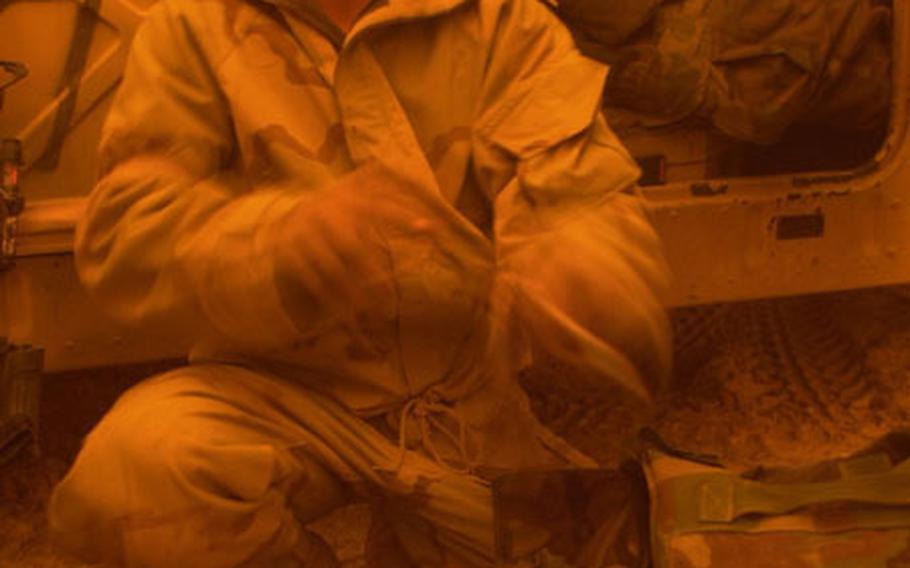 A scout from 1st Battalion, 15th Infantry Regiment marvels at the evidence of a close call — a 25mm round fired from an American Bradley barely missed him, tearing a hole in the side of his body armor. (Joseph Giordono / S&S)

CENTRAL IRAQ &#8212; Even as U.S. Army officials report the central city of As Samawah as being under American control, U.S. soldiers near the key city remain on adge as they battle tough resistance from Iraqi paramilitary forces.

Officials from the Army&#8217;s 3rd Infantry Division intended to bypass the largely Shiite town, expecting little fight from demoralized Iraqi regular army troops. But in recent days, the Iraqis have mounted a drive to bolster the Saddam Fedayeen &#8212; black-robed commandos who fight largely from the backs of pickup trucks.

Before the war, intelligence estimates placed the number of Fedayeen at around 1,500. Now, as the Iraqis have had some success using the Fedayeen to harass U.S. supply columns, intelligence officers in the field say that number may have swelled to as many as 15,000.

At As Samawah, the focus has been on drawing out and destroying the Fedayeen, but fierce dust storms created an eerie red sky and severely hampered visibility.

American forces sent a column of tanks, Bradleys and armored Humvees to the outskirts of the city this week; they got separated in the dust storm, while Fedayeen in white pickup trucks joined the hunt.

At one point, as the American column regrouped to return to its assembly area, two truckloads of Fedayeen drove within 10 yards of the column.

Both sides were so stunned that it took several moments for the firing to break out. When it did, one of the trucks was immediately destroyed by a tank round.

The fighters in the other truck jumped out, lined the road and began fighting back.

&#8220;We shot everything we had at them, and they kept coming,&#8221; said Sgt. Tarrol Grant, a scout platoon track commander from 1st Battalion, 15th Infantry Regiment.

Rocket-propelled grenades flew through the air; tracer rounds from American guns lit up the red dust.

In the confusion, a Bradley drove behind a scout Humvee, nearly hitting the scout gunner in the back with a 25 mm round. Later, the lucky soldier marveled at the rip in his body armor that the near-miss caused.

That night, the suspected Fedayeen compound was pounded with artillery and mortars.

But the Fedayeen has had success against U.S. armor. At least two M1A1 Abrams tanks and a Bradley fighting vehicle &#8212; both heavily armored &#8212; have been destroyed by a truck-mounted missile system new to the Iraqis. The wire-guided Kornet missile system, manufactured by the Russians and apparently sold to the Syrians, has a 3,500-meter range and carries enough punch to destroy a tank. Before the war, U.S. intelligence officials did not know the Iraqis possessed the system.

On Thursday, American military commanders briefed their troops on the new threat and how it can be countered by quickly maneuvering and firing in the direction of the missile, causing the person guiding the missile to move and change its course.