Iraqi firefighters at Baghdad airport get training from Guardsmen 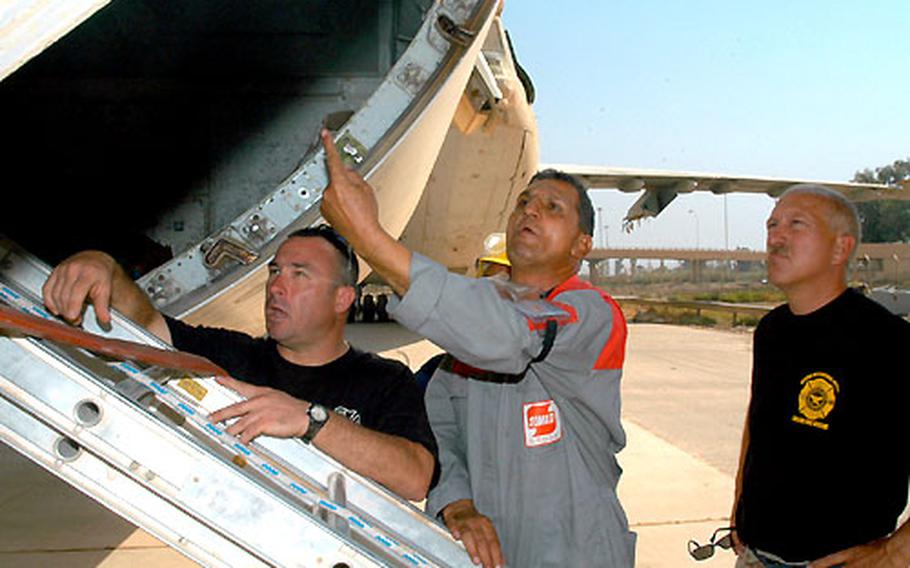 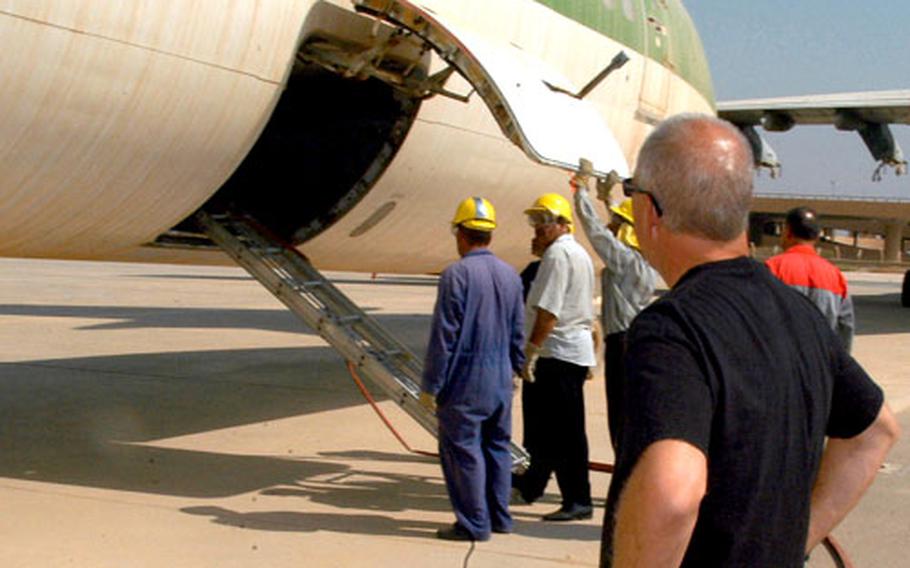 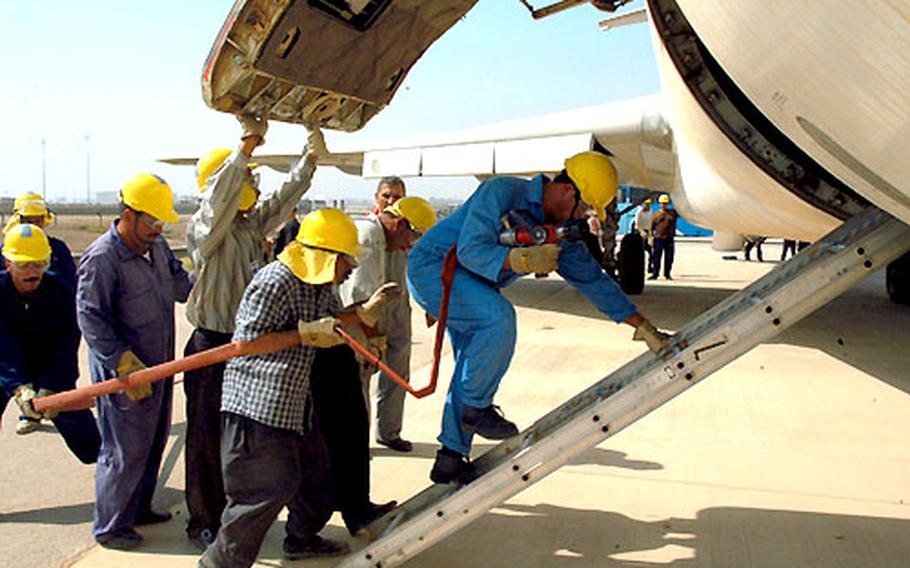 Iraqi teams enter the cargo hold of an abandoned Iraqi Airways jet at Baghdad International Airport as part of their firefighting training. Another team of firefighters went into the passenger compartment to practice checking for passengers and crew who might be trapped or hurt by the fire or smoke. (Jason Chudy / S&S)

BAGHDAD, Iraq &#8212; First steps are being taken at Baghdad International Airport so it can regain its place as the country&#8217;s commercial aviation hub. Exactly when civilian jets will land, however, is still up in the air.

In preparation for the day when the airport reopens to commercial traffic, two Air National Guard firefighters are retraining 85 of their Iraqi civilian counterparts in 10 days of hands-on training.

The experience of the Iraqi firefighters ranges from one to 26 years, said Staff Sgt. Clem McLaughlin, assigned to the Pennsylvania Air National Guard&#8217;s 111th Fighter Wing.

And although the students served as airport firefighters, they&#8217;ve got lot to relearn, McLaughlin said.

&#8220;Their prior experience they had pretty much all got from reading books, not even from a class.&#8221;

As Keith Wheatley, the airport&#8217;s acting fire chief, explained, &#8220;They know the layout, they know where the water sources are, they know the airfields, your runways, your taxiways.&#8221;

Some, however, do have previous schooling: They attended a civil aviation school in Lebanon in the 1980s. But none of the firefighters ever received further training, or even put their training into use.

&#8220;Some of the comments made to me by some of the Iraqi firefighters are that for 30 years under Saddam, no training and no equipment,&#8221; said Master Sgt. John Mallott of the Missouri ANG&#8217;s 131st Fighter Wing.

The fourth and final group of Iraqi firefighters started their refresher training this week. A team from South Carolina&#8217;s Shaw Air Force Base taught the first class, but Mallott and McLaughlin have taught the final three.

McLaughlin and Mallott work with Raad al-Khalil, who will become airport fire chief when it returns to civilian control, to create the day&#8217;s training program.

Mallott has been the fire chief in Kennett, Mo., for 14 years. He also teaches firefighting skills to departments throughout the state for the University of Missouri.

&#8220;This is similar to working with a lot of small fire departments [in the United States] that have limited equipment,&#8221; Mallott said. &#8220;They have a desire and they have the zeal to become a professional firefighter for their community. I see that in the Iraqi firefighters.&#8221;

&#8220;We started off with an introduction to basic firefighting,&#8221; McLaughlin said after their second four-hour training session. &#8220;We rolled into crew drills here on the aircraft, where they learn fundamentals of aircraft construction, learn to gain access into aircraft, the various hazard areas of the aircraft.&#8221;

Parked around Baghdad&#8217;s terminal are about a half-dozen aircraft of the former Iraqi national airline, ranging from small jets to a 747. Wheatley said that the different aircraft types give the students a broad range of training scenarios.

Despite the benefit of real aircraft, the Iraqi firefighters were lacking in some basic firefighting equipment, Wheatley said.

Wheatley works for Skylink, a company subcontracted by the U.S. Agency for International Development to rebuild Iraq&#8217;s airport infrastructure. For the Iraqi firefighters, this means new equipment and renovated facilities, plus a sense of pride.

&#8220;We&#8217;ve accomplished something,&#8221; McLaughlin said. &#8220;Personally, it&#8217;s seeing them regain their pride as firefighters. I feel good about interacting with the Iraqi firefighters and letting them know that Americans ... are coming here and helping them get on track.

The group will graduate Oct. 23.