Iraqi fireboat gets second lease on life from 1st AD 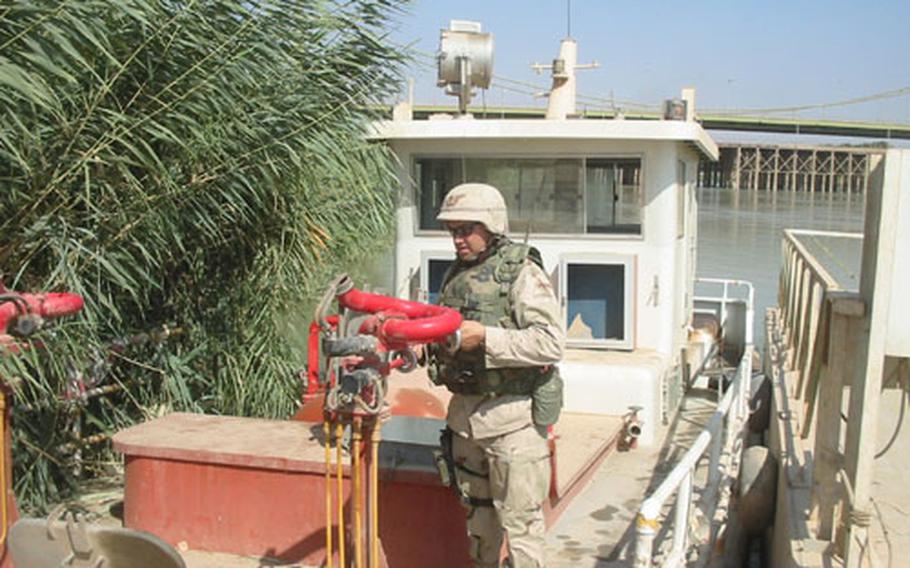 An Iraqi fireboat is back in commission after it was looted and abandoned on the Tigris River in Iraq. (Courtesy of U.S. Army)

During Operation Iraqi Freedom, lots of ships went to the bottom of the Tigris River, victims either of fighting or looting.

It turned out Bayham struck gold in what first looked like a pile of scrap. Bayham&#8217;s early photos show a narrow little boat &#8212; looted and abandoned &#8212; wedged between two work barges and surrounded by garbage. Its deck was covered with fluid where looters had cut hydraulic lines, trying to remove equipment. Most of the controls were missing out of its pilothouse.

Knowing that U.S. soldiers were &#8220;trying to come to grips&#8221; with joint river patrols, as well as rescue-and-recovery operations with the Iraqi Police, he contacted the 1st AD Provost Marshal, pitching the idea of salvaging the boat.

Research showed Future 2 was one of 10 fireboats purchased in 2002 for the Iraqi Civil Defense Corps, Bayham said. It turned out the tiny craft was worth at least 20 times the $10,000 restoration bill &#8211; and perhaps more.

Early last month, with Iraqi and American dignitaries attending, its new owners &#8212; the Iraq Civil Defense Corps &#8212; formally christened the Future 2 with a bottle of wine across its bow, Bayham said.

So the Future 2 became the first of the fireboats to go back to work.