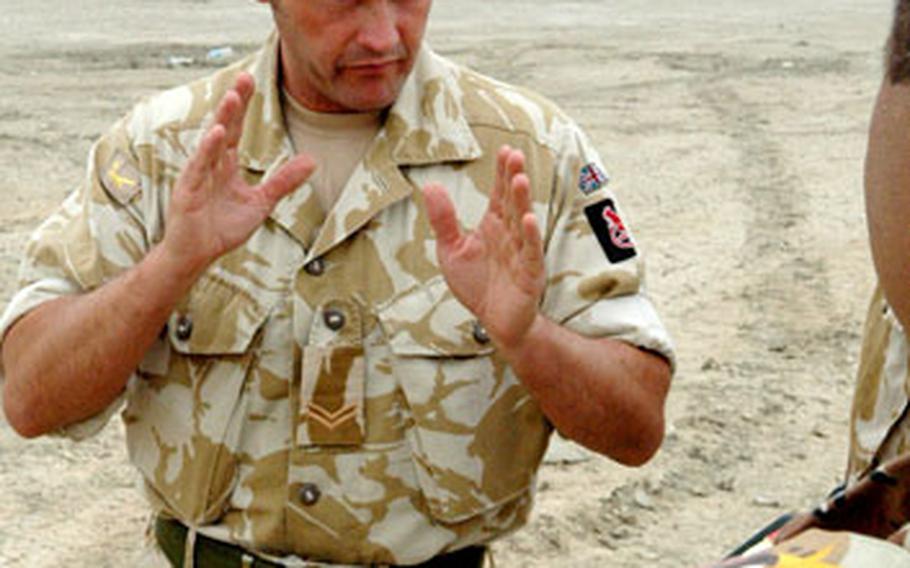 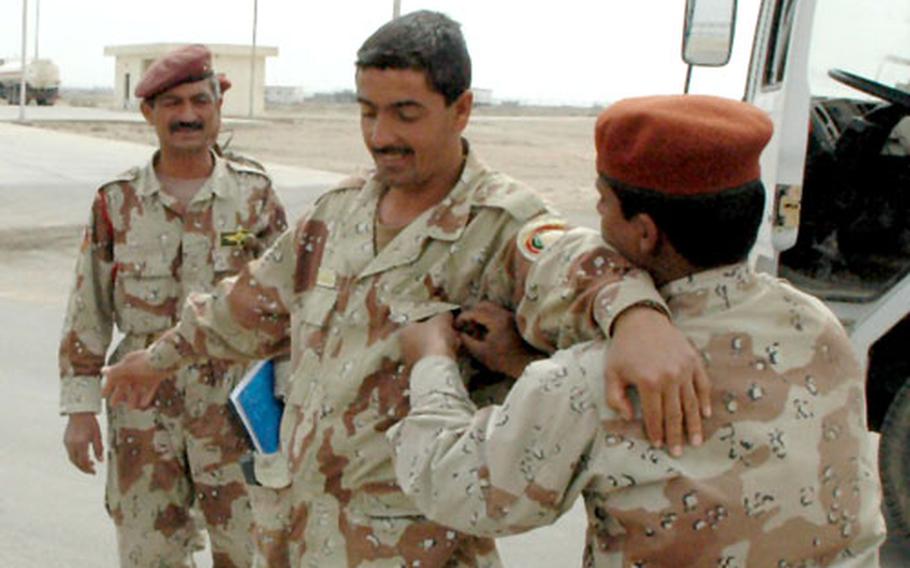 CAMP UR, Iraq &#8212; When it comes to judging the quality of the new Iraqi army, a lot depends on just where you stand.

For Iraqi army Col. Quassim Shaheen, commandant of the Basic Training Center here on the outskirts of Nasiriyah, Iraq&#8217;s military is now light-years ahead of where it was under Saddam&#8217;s regime.

Throughout Iraq, the primary job of training the military has fallen to its own soldiers, albeit under the close monitoring of coalition advisers. At Basic Training Centers like the one at Camp Ur, it is Iraqi soldiers who are teaching their own men combat medicine, communications, supply, administration and military justice.

The courses, as well as special instruction for junior and senior noncommissioned officers, are aimed at retooling a former Soviet doctrine military and providing the Iraqi army with the skills necessary for it to become self-supporting &#8212; the basic exit strategy for U.S. troops.

But even as Iraqi army units are handed greater responsibility for patrolling and securing their own cities and provinces, some coalition advisers wonder how prepared they are for the job.

If you ask British army Cpl. Peter Fearon whether he believes the Iraqis have made tremendous strides, you get a very different assessment than the one offered by Iraqi officers.

While the Iraqi military is being exposed to knowledge and training that were beyond its wildest dreams prior to the U.S. invasion three years ago &#8212; Shaheen himself was sent to Britain&#8217;s prestigious Royal Military Academy Sandhurst for recent training &#8212; foreign advisers like Fearon say they are somewhat frustrated.

For example, the Iraqi army allows up to five consecutive days of absence for soldiers before it takes any disciplinary action.

While U.S. and British soldiers would face harsh punishment for simply refusing to show up, in some cases, instructors fail to show up for training events.

Fearon wonders if he&#8217;s being unrealistic by measuring the Iraqi trainees against a British or American yardstick. He acknowledges that it takes time to create an army from the ground up &#8212; many of the senior NCOs and officers now leading the army were promoted from raw recruits simply because there was no existing command structure. While that practice of forced promotion is now falling by the wayside, its effects won&#8217;t vanish immediately.

The coalition trainers and Iraqi army personnel agree that the Iraqi army is free of the racial and religious divisions that have flared in some areas of the country since the bombing of the Golden Shrine in Samarra in late February.

However, the military corps at Camp Ur is made up overwhelmingly of Shiite recruits from southern Iraq. The soldiers here make no apologies for their admiration of such controversial figures as Muqtada al-Sadr &#8212; the Shiite cleric who ignited a bloody uprising two years ago and is openly hostile toward the U.S., Britain and Israel. A poster of the scowling firebrand hangs prominently in the training center&#8217;s chow hall.

&#8220;Why do they have his picture hanging here?&#8221; Wilson asked his interpreter during a recent lunch visit.