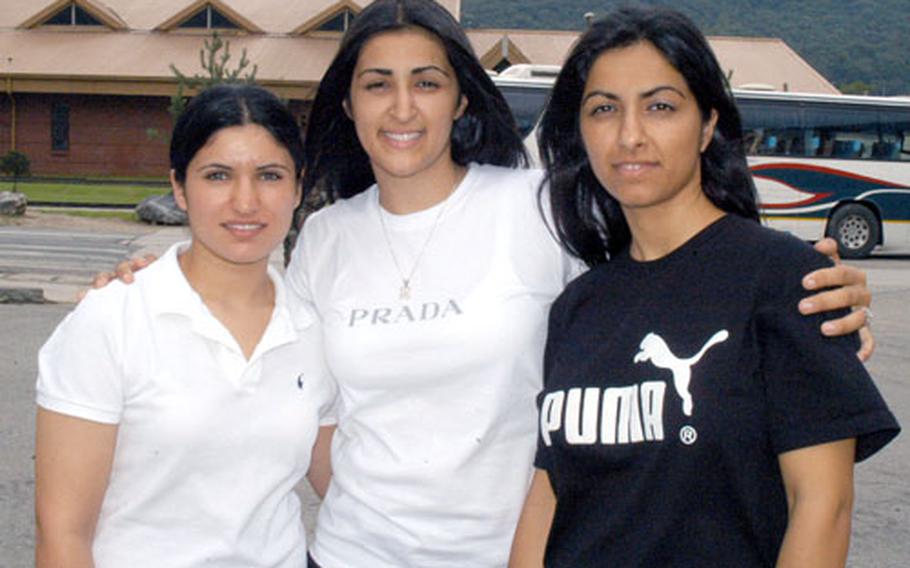 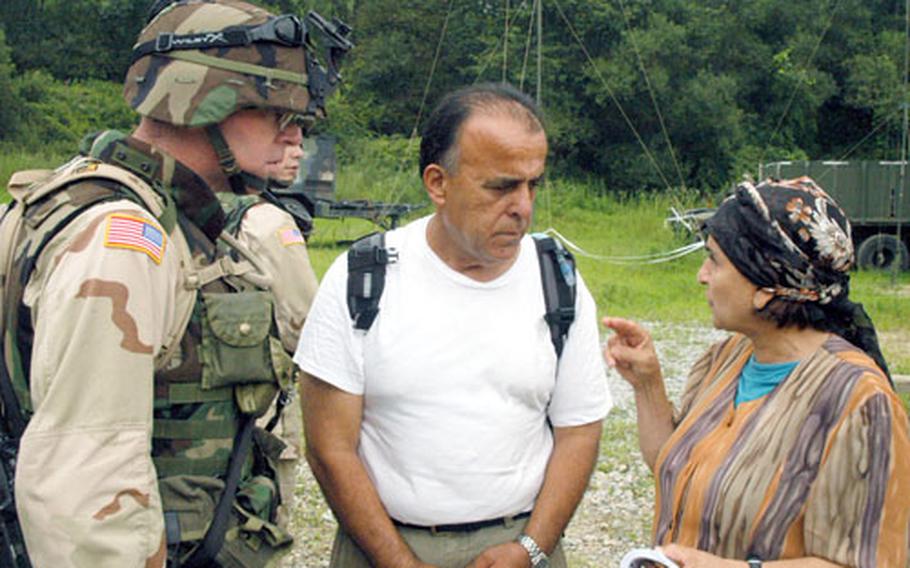 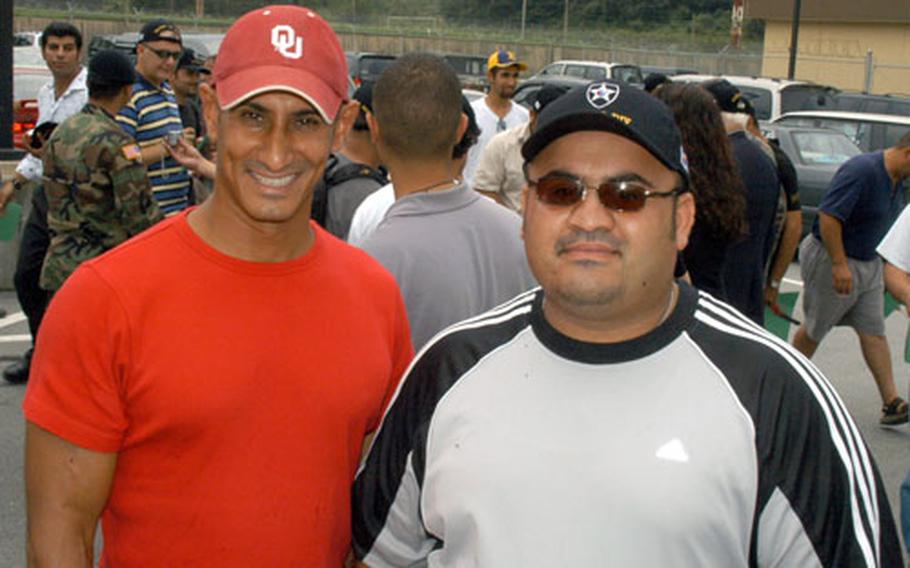 CAMP CASEY, South Korea &#8212; Dozens of Iraqis have traveled to South Korea to help the 2nd Infantry Division prepare soldiers for deployment to their homeland.

The Iraqis spent three weeks in South Korea living and working with soldiers from 2nd ID&#8217;s Iraq-bound 2nd Brigade Combat Team, which received an official farewell ceremony Monday. The Iraqis worked as role-players during exercises and training scenarios and gave language and culture classes to the soldiers.

All are U.S. citizens employed by Titan, a San Diego company that provides information and communication products and services to the Defense Department and other government agencies. The company has a contract with the Army to provide linguistic support in Iraq.

Last week, while Korean monsoon rains bucketed down around them, five Iraqi role-players found themselves sitting in a tent at Camp Hovey pretending to be citizens in the small Iraqi town of Ramada.

The Iraqis, who Titan has requested not be identified by name for security reasons, were playing the roles of mayor, his wife, police chief, sheik and an Iraqi journalist.

The &#8220;journalist&#8221; said she&#8217;s a Kurdish student from the University of California, San Diego. She learned of the job with Titan from friends and came to South Korea during her summer break.

Another Iraqi, who gave language classes to 150 soldiers in South Korea, said he made friends with many of the soldiers and had asked to go to Iraq with them as an interpreter.

Many of the Iraqis took on multiple roles during the 2nd ID training.

&#8220;I was the chief of police, an interpreter, a blind man and an insurgent,&#8221; said one role-player, who said he attempted to make his characters as realistic as possible. &#8220;I tried to stress them [the soldiers] and see how they handled me,&#8221; said the man, who runs a cleaning business in the United States.

Another Iraqi, who played the imam, from a small simulated village at the Twin Bridges Training Area, said he enjoyed role-playing and believes he demonstrated talent enough to appear in a Hollywood movie.

However, the Iraqis said people sometimes got so caught up in their roles that tempers frayed and fights flared. The &#8220;Iraqi towns&#8221; built in South Korea were realistic. Iraqi role-players even worshiped in the mosques. The only things missing, they said, were cows, sheep, chickens, and dogs roaming the streets, they said.

The Iraqis also said they&#8217;ll take home plenty of amusing anecdotes about their time in South Korea, such as when one of them awoke everyone at 4 a.m. because he still was on U.S. time, or the night their tent filled with rain-water and soaked everyone&#8217;s sleeping bags.

Many role-players plan to go sightseeing to soak up some South Korean culture before leaving, they said.

The 2nd ID considered using South Koreans and Korean Augmentees to the U.S. Army translators to simulate the language barrier soldiers will face in Iraq. That would have been a mistake, Wood said.

Most soldiers in the division learned some Arabic during the training; almost every one of them has a story to tell about interacting with the Iraqis, Wood said.

&#8220;You have stepped out of your civilian roles, your schools, your businesses and your lives to help us,&#8221; he told the Iraqis.