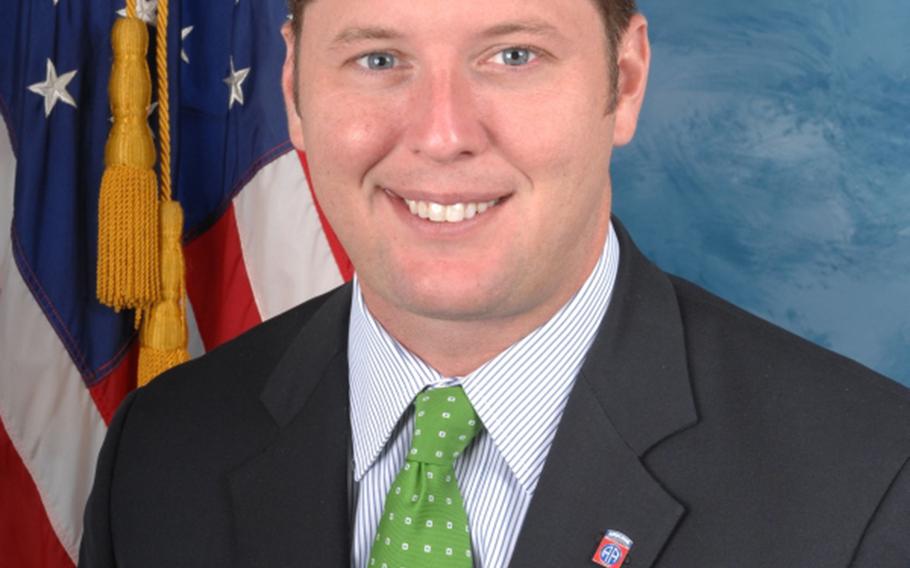 WASHINGTON — Patrick Murphy was the first Iraq war veteran in Congress. Now, he’s the first to get his own news network show.

Murphy, a Pennsylvania Democrat, on Sunday will host MSNBC’s new “Taking the Hill” show, billed as “a conversation about veterans issues.” An introductory episode of the show aired over Veterans Day weekend last month, and the network has committed to the program next year on a yet-to-be-determined schedule.

In publicity materials, network officials describe the focus of the show as “issues affecting the veteran community as they navigate their postwar lives.”

Attention on veterans employment, benefits and lingering wounds of war has increased steadily in recent years, with the wind-down of the wars overseas. Officials say Murphy’s show is designed to take those topics even further, offering an in-depth look at the challenges and politics of post-war policies.

Murphy, a former West Point instructor, served in Iraq as a JAG Corps attorney with the 82nd Airborne Division in 2003-2004. He was elected to Congress representing Pennsylvania’s 8th district in 2006, becoming a vocal critic of U.S. policies in Iraq and the military’s “don’t ask, don’t tell” law.

He lost his re-election bid in 2010. Currently, 16 Iraq and Afghanistan veterans are serving in Congress, 14 of whom are Republicans.

Sunday’s episode of “Taking the Hill” is scheduled to run at 1 p.m. Eastern Standard Time. The show will also feature a documentary on injured troops’ return home, produced with cooperation from the Wounded Warrior Project.