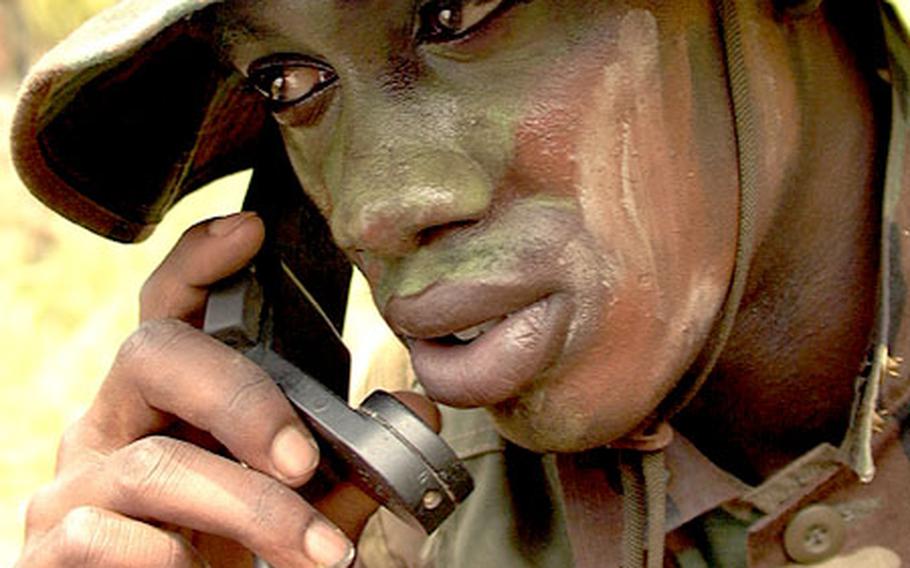 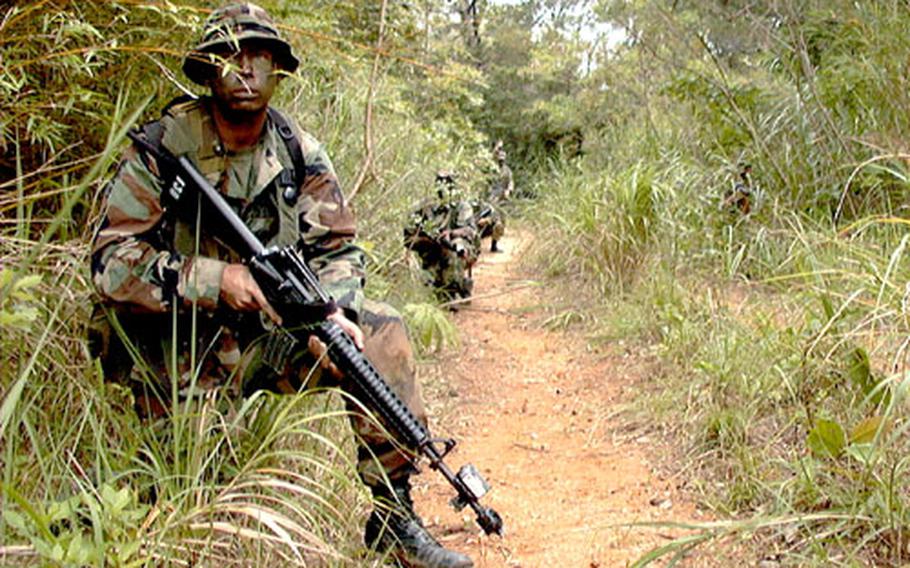 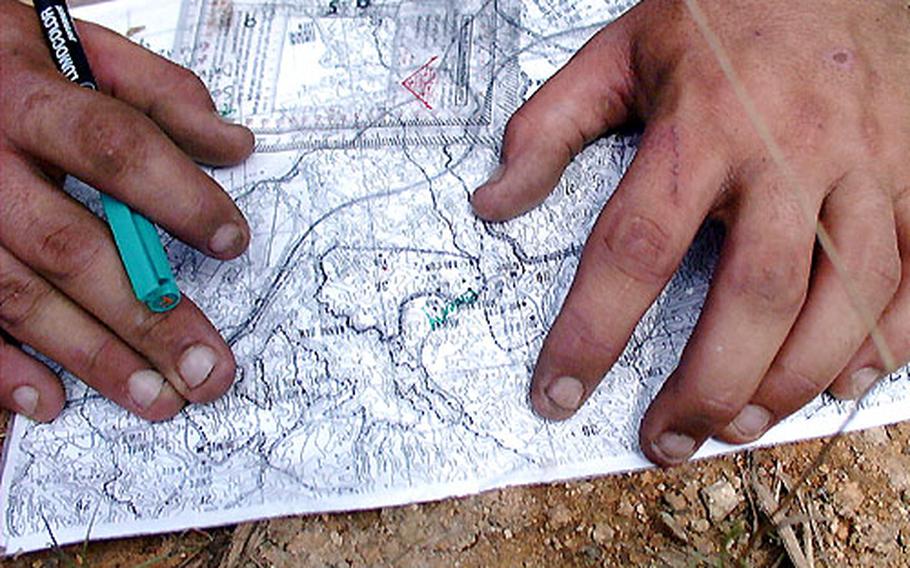 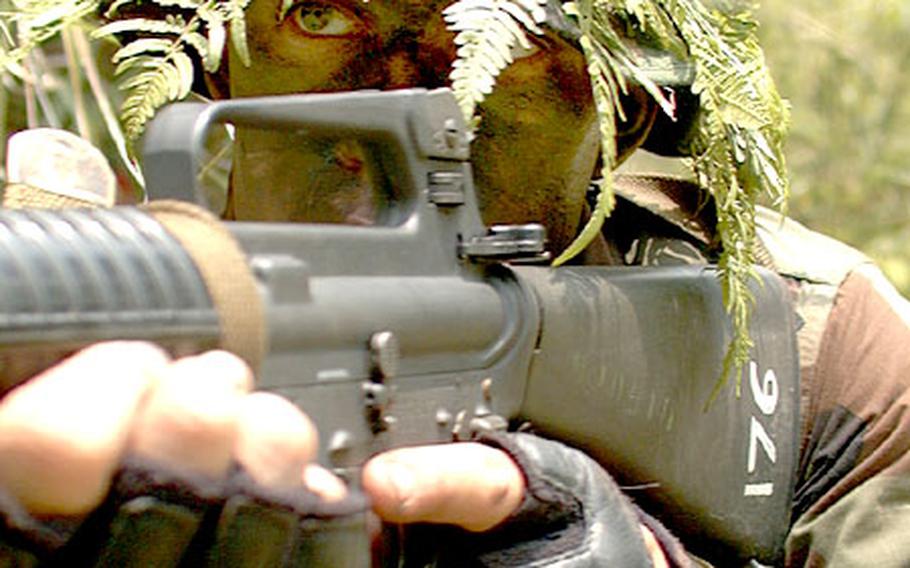 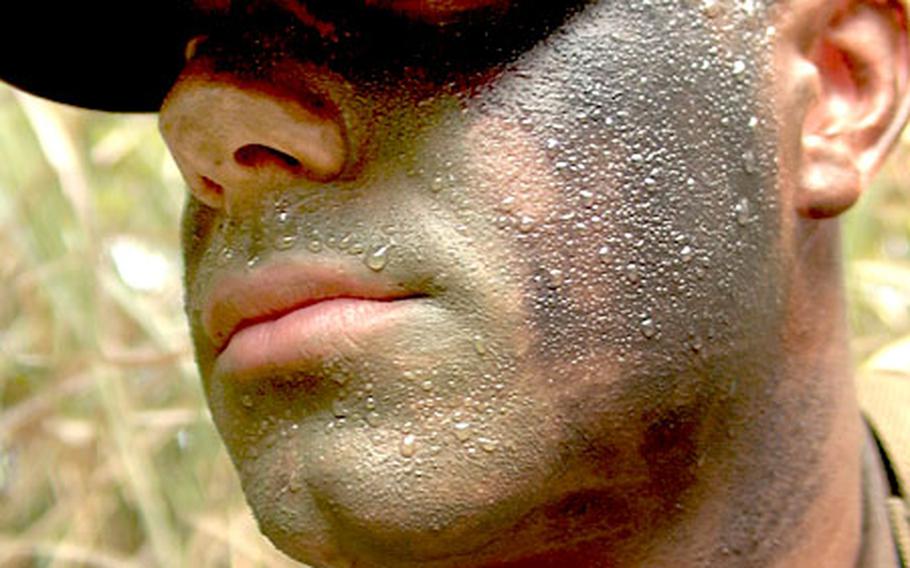 Sweat-soaked and looking ragged, the Marine trained to knock planes out of the sky seemed out of his element. He wasn&#8217;t carrying his Stinger anti-air missile. He had nothing but a rifle.

This was Grunt 101 for Marines whose job is to make enemy planes go down in flames.

Lugging rifles instead of missiles was an idea born out of tragedy, according to Marine 1st Lt. Mike Carlson, first platoon commander. One of the battery&#8217;s former members, Marine Lance Cpl. Thomas Blair, was killed in an ambush in Nasiriyah, Iraq. Carlson said he didn&#8217;t want to ever have to make a phone call home to a grieving family because his Marines weren&#8217;t trained in basic infantry tactics.

Carlson said that with very little air threat in Iraq, Stinger missile gunners are being employed in nontraditional ways.

The Marines took the training to heart. Several weeks ago they started training with paintball guns, but Carlson found the Marines weren&#8217;t reacting enough to incoming fire. He switched to MILES laser gear, essentially a sophisticated version of laser tag. They fanned out across the jungle training grounds and took turns attacking each other, testing skills in offensive and defensive operations.

Marine Lance Cpl. Sharnell Carter, a radioman assigned to the platoon, said the training kept him much busier than any of the anti-air and missile training they normally perform.

But Carter isn&#8217;t complaining. He&#8217;s picking up on valuable tricks that one day could keep him and his fellow Marines alive.