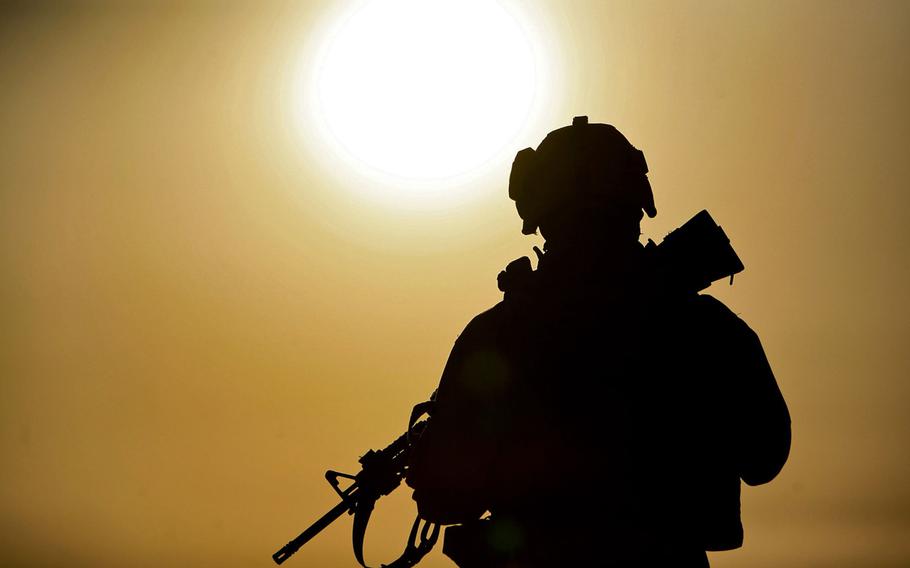 Nearly three years after U.S. troops left, Iraq is heading for precisely what the U.S. administration claimed it was in the run-up to the 2003 invasion: a dangerous hub for terrorists that threatens the entire Middle East and perhaps the world.

The Islamic State of Iraq and the Levant, an al-Qaida-inspired group, may not have weapons of mass destruction, as the Bush administration mistakenly believed Saddam Hussein possessed. But its fighters are steadily marching down the Tigris River toward Baghdad. And they already control a wide swath of the Euphrates Valley in a country whose life blood are those two rivers.

And the weaknesses exposed in the government and the country’s military — both of which were carefully cultivated and bolstered by the U.S. over many years — also have made the country more vulnerable to its influence-hungry neighbors, particularly U.S.-nemesis Iran.

Everything that the U.S. tried to build in Iraq appears to be unraveling — after an investment of $1 trillion and more than 4,400 American lives. Any achievements the U.S. could still claim in Iraq — a government of democratic form if not substance and a military that was at least holding militants at bay — are at risk with members of the Iraqi army fleeing or surrendering in droves to the militants. Gone is the hope of a reasonably stable Iraq, fueled by oil riches, that could serve as a buffer to Iranian political expansion to the west.

“At the moment, everything is in jeopardy and much is already lost, though, of course, Saddam and sons are still gone and the (weapons of mass destruction) programs are even more defunct than we knew them to be before,” said Michael O’Hanlon, an Iraq expert at the Brookings Institution. “But that’s small solace at this point.”

What seemed to catch many by surprise was the rapid disintegration of parts of the Iraqi security forces, which the U.S. had spent years building and training.

Now, President Barack Obama is in a precarious position: Iraqi Prime Minister Nouri al-Maliki has made a desperate plea for American air support, but few Americans want to see further U.S. military involvement in Iraq. If al-Maliki has to turn to Iran to prevent collapse, it would vastly increase Tehran’s power and prestige in case the gambit worked. That would in effect make Iran the big winner in the Iraq War.

“I’m not sure if there are any good policy options right now,” said Ben Connable, a senior international policy analyst at RAND Corporation who served three tours in Iraq with the U.S. Marine Corps.

Return to the past

The recent fighting has laid bare the sectarian wounds in Iraq that have still not healed since the bloody civil war in the mid-2000s that pitted adherents of the country’s two main branches of Islam — Shiite and Sunni — against each other.

Al-Maliki has mobilized some of the same Shiite militants accused of massacring Sunnis during the civil war to stand up against Islamic State of Iraq and the Levant, a Sunni group. Al-Maliki, a Shiite, has already alienated much of the country’s Sunni minority through his policies and violent repression of Sunni protests. And many blame him for ethnic violence that continued to plague the country long after the Americans left in 2011.

“We left behind the biggest problem, and I’m not sure the U.S. could have ever solved it, and that is Sunni disenfranchisement, or the perception that they are disenfranchised,” Connable said.

O’Hanlon said the Iraqi army still has a chance to push back the militants, but that al-Maliki’s militia tactic is likely to further inflame tensions between the two religious groups.

Those splits have also affected the Iraqi army and some majority Sunni units reportedly surrendered to the militants without a fight, rather than risk their lives battling fellow Sunnis for the Shiite-dominated Baghdad government.

“What people didn’t predict was that sectarian divisions in the army would be this sizeable and lead to fractures this quickly,” Connable said.

A Center for Strategic and International Studies paper published Thursday by longtime military analyst Anthony Cordesman and Sam Khazai was critical of the American military’s approach to training the Iraqi security forces.

“In fairness, part of the problems the (Iraqi security forces) faced after U.S. withdrawal were the result of the fact that the U.S. had tried to impose too many of its own approaches to military development on an Iraqi structure, and Iraq lacked the internal incentives — and checks and balances — necessary to make them function once U.S. advisors were gone,” the pair wrote.

While Iraq and Afghanistan present starkly different situations in many ways, one lesson the U.S. can glean from the rapid demise of the Iraqi army is the danger of exaggerating the military capabilities of a country, said Ahmad Majidyar, a senior research associate at the American Enterprise Institute.

“We were hearing from military officials, U.S. officials (at the end of the Iraq War), that the Iraqi army is almost perfect, ready to defend the country and that was not true,” he said. “There are maybe some exaggerations about the Afghan forces, too.”

Even if the Iraqi army is able to beat back the militants and reclaim control of the country, sorting out what happens next is likely to be messy. The Peshmerga, the army of Iraq’s semi-autonomous Kurdish zone, is reported to have taken over the city of Kirkuk, which sits on one of the biggest oil patches in the world. The contentious question of whether that city was controlled by Baghdad or the Kurdish region was left unaddressed by U.S. forces when they occupied the country and the solution could be even murkier now that Kurdish troops, who in practice do not answer to Baghdad, effectively control Kirkuk.

This has evolved beyond a point of pride for Baghdad: The Islamic State of Iraq and the Levant is already threatening to take control of key oil fields, and if the Kurds end up controlling Kirkuk, their penchant for negotiating their own oil contracts without involving Baghdad could mean a further degradation of the central government’s oil revenue, on which it depends heavily.

“If that is the case, the Kurds have accomplished what they said they wanted,” Connable said. “Now that the Iraqi army has proven their incompetence in even defensive operations against lightly armed insurgents, I don’t see them taking Kirkuk back from the Peshmerga.”

There are worrying international dimensions to the conflict, too. A Turkish consul and many more diplomats have been taken hostage by Islamic State of Iraq and the Levant militants in Mosul. Of greater concern for the U.S. government, there are reports that Iran has sent Revolutionary Guard soldiers to Iraq to fight the militants, whom Tehran is already trying to defeat in Syria through support to the government of Bashar al-Assad.

“Iraq’s government has little choice but to rely even more heavily on the Russians and Iranians, who are more willing to provide logistical, financial and immediate military assistance, as seen in Syria,” according to a recent commentary by Hayder al-Khoei, a Middle East expert at the British think tank Chatham House.

Iraq’s government is already close to its fellow Shiite-majority neighbor Iran, and this conflict threatens to put government leaders even more in debt to Tehran, which has proven more forthright in its offers of military assistance than the U.S., Majidyar said.

“Any help from Iran has not come just as a gift, and that’s why we see that before al-Maliki requested any help from Tehran, he was asking Washington.”

Heath Druzin covered Iraq for Stars and Stripes from 2008 to 2010 and most recently reported from there in September.