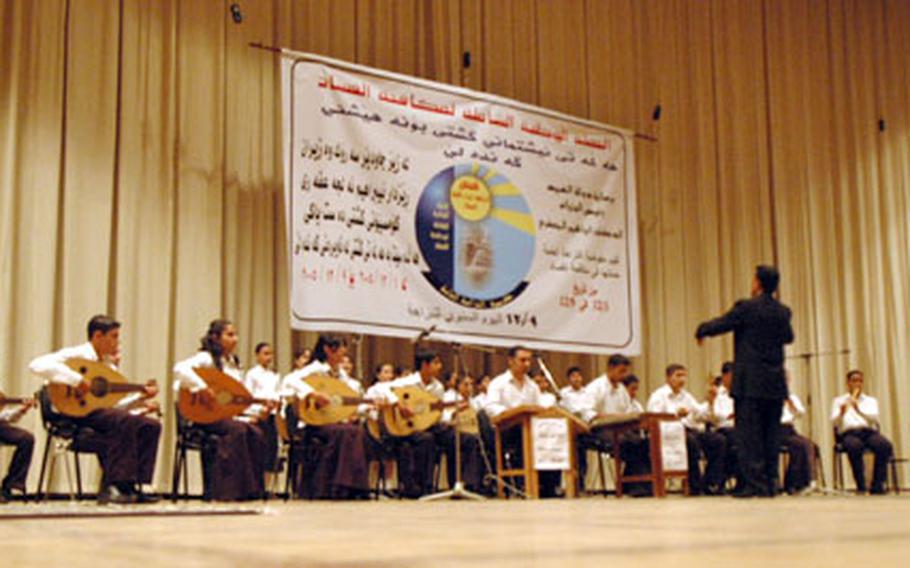 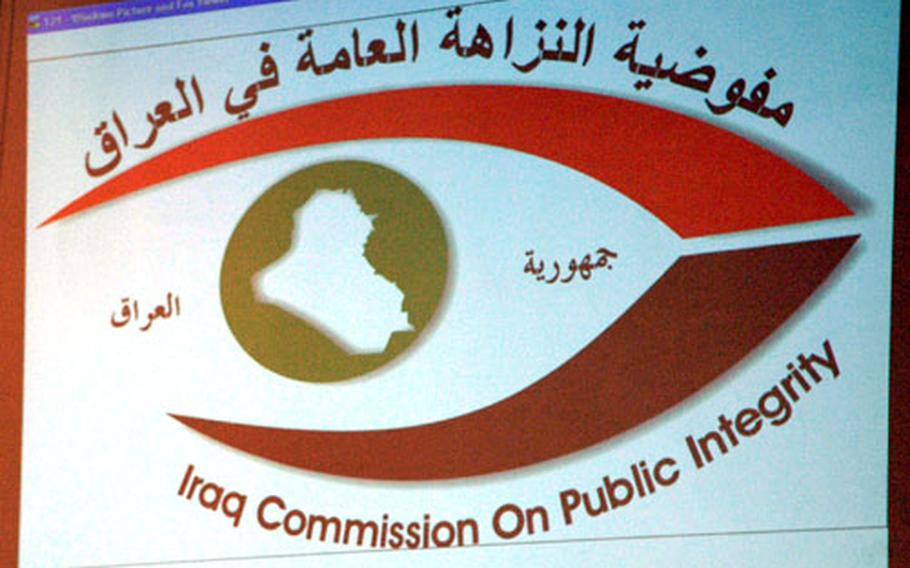 The Commission on Public Integrity, which serves a similar function to the Federal Bureau of Investigation, seeks to stamp out corruption in the Iraqi government. (Anita Powell / S&S)

BAGHDAD &#8212; After decades of being forced to celebrate a deeply corrupt regime, national officials have declared a new national observance: National Integrity Day.

As the name suggests, the holiday, set for Dec. 9, celebrates integrity but also the achievements of the Iraq Commission on Public Integrity, an independent government organization that seeks out and investigates government corruption.

National officials ushered in the new holiday Thursday with a lively celebration at the Baghdad Convention Center, a place once off-limits to all but Saddam Hussein&#8217;s closest cronies.

The commissioner, Judge Radhi Hamza Al-Radhi, said the organization has investigated about 2,000 cases of corruption, big and small, since its inception in mid-2004. One ministry was found to have misused $1.3 billion in funds, he said. A slew of elected officials have been found to have taken bribes, and 600 such cases have been referred to the Central Criminal Court of Iraq for prosecution, Radhi said.

The commission also educates schoolchildren on integrity, requires government employees to sign a code of conduct, and works in conjunction with two other Iraqi government entities to investigate and audit government departments.

Corruption, by the Iraqi definition, is &#8220;wasting of public money and abusing power of the state,&#8221; he said.

But while the commission&#8217;s definition of corruption hews closely to America&#8217;s concept, two traditional vanguards against corruption in America &#8212; open meetings laws and anti-nepotism laws &#8212; simply do not exist in Iraq. Those protections may take years to develop, Radhi said.

The move toward clean government is a hard shift for a nation that has lived under a corrupt regime for decades. But officials disputed what they say are American notions that the Iraqi culture is inherently corrupt.

Mahmood Mohammad Al-Radhi, a member of the National Assembly, said he hoped time would heal the wounds left by years of corrupt dealings.

Iraqis and foreigners who work with them say petty theft, graft and good old-fashioned bribery still turn the wheels in much of the Iraqi government.

But those gains have come at a steep price for the commission&#8217;s 1,000 employees: Seven of them have been killed, Radhi Hamza Al-Radhi said. One, a man whose job it was to arrest those charged with corruption, was killed in a car bomb with his wife, who was eight months pregnant, he said.

Radhi Hamza Al-Radhi, who acknowledged that his work doesn&#8217;t make him many friends &#8212; especially among the 2,000 officials his commission has investigated &#8212; said he believes it&#8217;s important to continue to wipe out the scourge of corruption, despite the risks to him and his family.