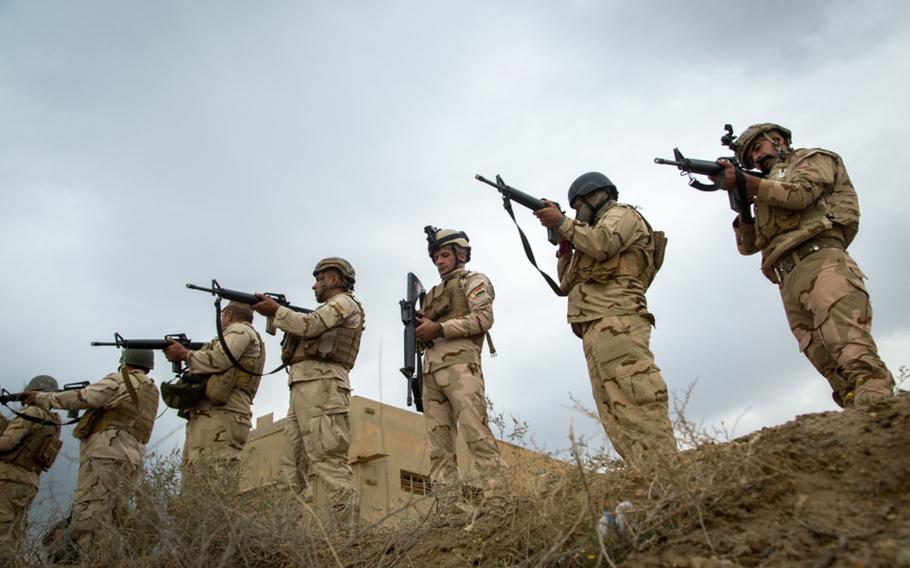 An elite Iraqi police unit participating in the campaign to retake Mosul from the Islamic State is being investigated for alleged abuses that include rape, torture and targeted killings, an Iraqi official said.

The allegations were first published last week in the German magazine Der Spiegel, which claims the Interior Ministry’s Emergency Response Division carried out the abuses. It also claims that the unit was trained and supported by U.S. forces, though it does not indicate U.S. troops took part in the abuses.

Under a law known as the Leahy law, the U.S. is prohibited from supporting units accused of human rights abuses for which “credible” evidence exists. Officials with the U.S.-led anti-Islamic State coalition could not confirm the allegations against the Iraqi forces but said the United States does not currently train or equip the Emergency Response Division.

“Any violation of the law of armed conflict would be unacceptable and should be investigated in a transparent manner,” the U.S.-led international coalition in Iraq said in a statement. “Prime Minister (Haider al-Abadi) has stated that he has a zero-tolerance policy for any improper action by the Iraqi Security Forces and would thoroughly investigate any such allegations.”

Defense Department policies require that Iraqi Security Forces receiving U.S. assistance are strictly vetted to ensure compliance with the Leahy law and for ties to terrorist organizations or the Iranian government.

Iraqi forces have previously been accused of mistreating suspected Islamic State fighters or civilians, prompting the U.S. to cut ties with some units.

The most recent accusations, dating back to the early months of the battle for Mosul, were documented by Iraqi photographer Ali Arkady. In the German magazine article he wrote that he witnessed “torture, rapes but also murders,” while he accompanied the police unit.

Photos show a woman who he says was threatened with rape, as well as a blindfolded man hung from his arms, which were contorted behind his back.

Arkady, who is affiliated with the respected VII Photo Agency, writes that the man was weighed down with water bottles and later beaten.

Another photo shows a blindfolded man on the ground with an apparent uniformed soldier holding a knife to his ear. Arkady claimed that a soldier repeatedly stabbed the man behind his ear, a technique one of the men boasted he had learned from U.S. experts.

Arkady also claimed that nearby U.S. troops were informed of a nighttime raid the unit conducted south of Mosul in November and that the troops observed the assault from aerial drones. Coalition officials have not yet responded to a question about that allegation, but said they are looking into it.

U.S.-backed Iraqi forces are now in the final stages of retaking Mosul and have liberated all but about five square kilometers of the city’s dense old city where streets are narrow and winding.

Interior Ministry spokesman Brig. Gen. Saad Maan said the minister ordered a transparent investigation of the alleged abuses and threatened to “take legal action in accordance with the laws and the Ministry of Interior against the wrongdoers,” according to the Iraqi Waradana News website.

The website also said the Emergency Response Division denied the allegations and said the images were fabricated and false.

The allegations follow months of reports from human rights groups claiming that Iraqi government-allied Popular Mobilization Units, an umbrella organization of dozens of militias, have committed similar acts against Sunni civilians and others around Mosul. The militias include Iran-backed Shiite groups that fought U.S. troops during Operation Iraqi Freedom.