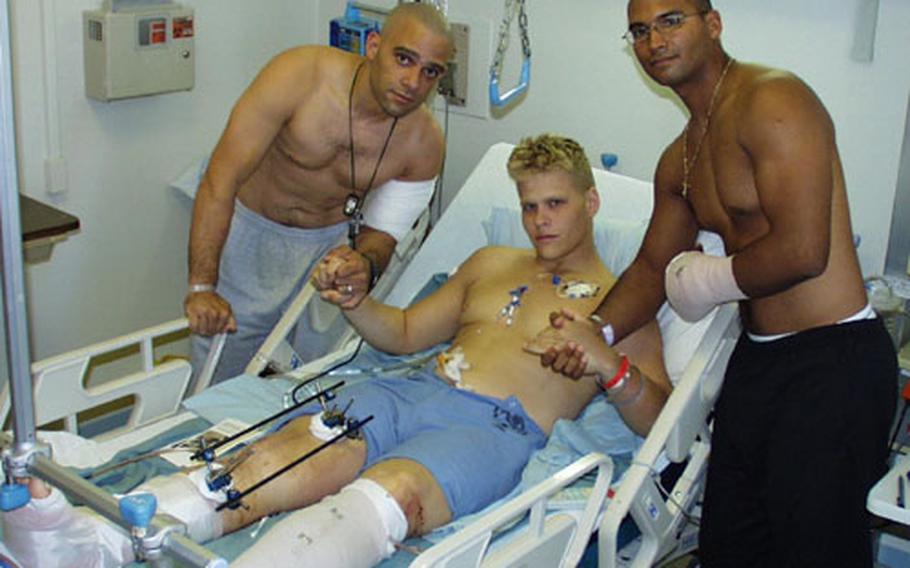 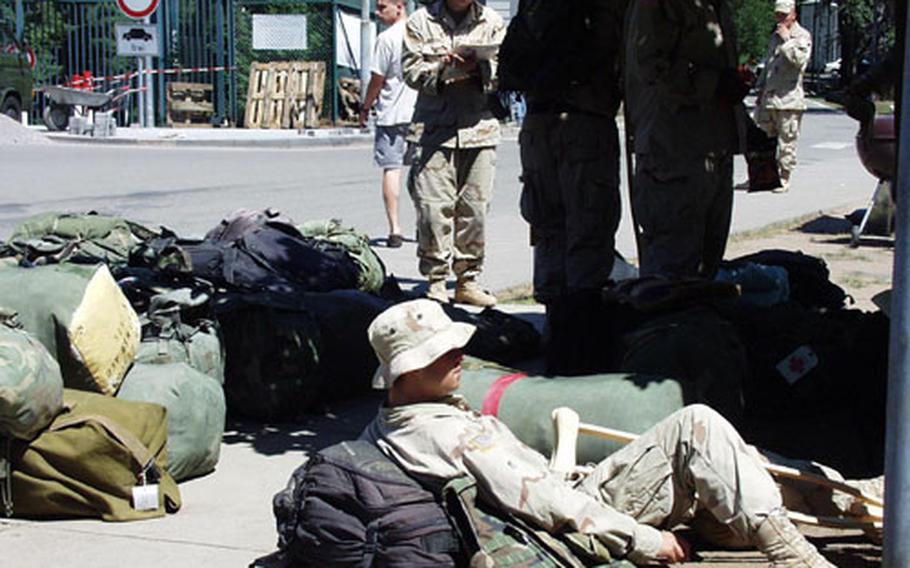 LANDSTUHL, Germany &#8212; Landstuhl Regional Medical Center is receiving more than twice the number of patients from Operation Iraqi Freedom that it did during the major combat phase of the war.

An average of 48 patients a day were being treated last week, compared with 22 patients a day in March, said Col. David Rubenstein, who relinquished command of the hospital last week for a new post.

Of those patients admitted, about 5 percent were combat-related injuries, &#8220;although that&#8217;s starting to grow a bit,&#8221; Rubenstein said last week, referring to continued attacks on U.S. troops in Iraq. During major combat, which officially ended May 1, 40 percent of Landstuhl&#8217;s patients had battle injuries.

Last Thursday, 140 patients arrived at the hospital from Operation Iraqi Freedom, said Air Force Maj. Kenny Fink, director of Landstuhl&#8217;s Deployed Warrior Medical Management Center. &#8220;As far as I know, that was the largest number of patients arriving from OIF in one day,&#8221; he said Monday.

The center processes every patient from OIF and Operation Enduring Freedom, the military campaign in Afghanistan.

The hospital, the largest military medical center outside the United States, remains at its 322-bed capacity, nearly twice the number of pre-war beds.

As of Monday, the hospital was handling 400 OIF and OEF patients, Fink said. The increasing patient load comes with no sign of relief.

Evidence can be found at Naval Station Rota, Spain, where a tent hospital that had 250 beds closed last week; now any patients who would have gone to Spain will be routed to Germany. The temporary hospital treated almost 1,400 patients between February and this month.

On Monday, a line of patients waiting to meet with case managers snaked out the warrior management center&#8217;s door.

Two busloads of patients, among them at least three servicemembers heading for the intensive-care ward, arrived in a 30-minute period at the emergency room door.

Rubenstein said the number of patients has increased with each new phase of the war.

&#8220;There are still soldiers with some pretty horrendous wounds, as well as a lot of disease and nonbattle injuries,&#8221; Rubenstein said.

Fink said roughly 80 percent of the new arrivals are outpatients being treated for chronic problems such as back pain, kidney stones and respiratory ailments. Some others are pregnant.

Spc. Jason Recio, 22, of Miami said they had been attacked July 5 while conducting a traffic control point in Ramadi, a city west of Baghdad.

The men got shrapnel wounds when they were hit either by a rocket-propelled grenade or another explosive device.

Recio, who has serious leg wounds and a large bruise on his left arm, said the three were glad to finally make it to the hospital. They had been in field hospitals in Iraq and Kuwait for a week.