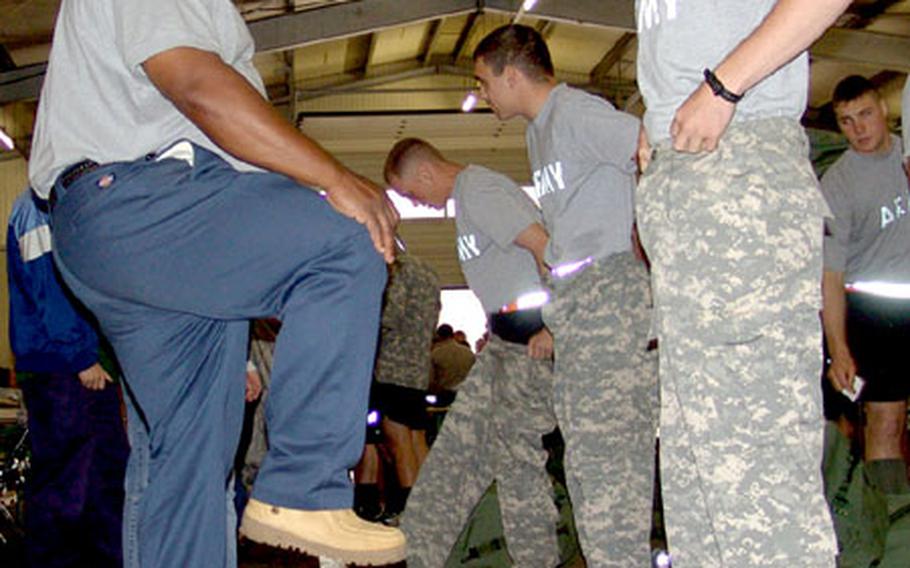 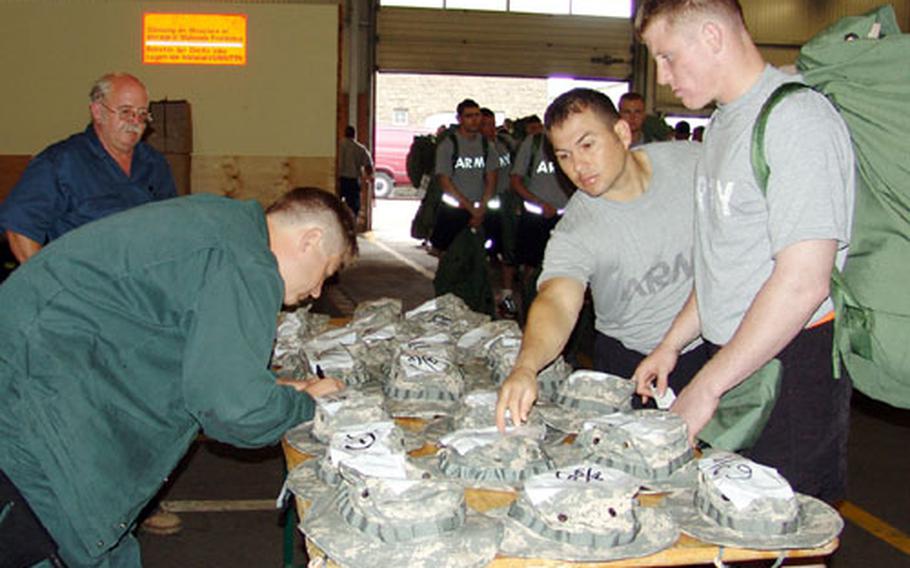 Germany-based soldiers headed for Iraq are the first in Europe to get the new digitized, permanent press Army Combat Uniform, or ACU.

PEO Soldier, which is based at Fort Belvoir, Va., arms and equips soldiers.

That will happen sooner rather than later in Europe, where soldiers with the 1st Armored Division and V Corps are getting ACUs. Units from the 1st AD, as well as V Corps troops, are scheduled to deploy to Iraq this year.

Two teams are issuing the new uniforms, one at H.D. Smith Barracks in Baumholder, and one in Grafenw&#246;hr Training Area, Rivera said. Baumholder is home to the 1st Armored Division&#8217;s 2nd Brigade and Division Artillery, and V Corps units are at Grafenw&#246;hr, one of the Army&#8217;s main training areas.

As of Monday afternoon, his 11-person team has issued ACUs to 4,950 soldiers at Baumholder since Aug. 1, Rivera said, averaging about 705 per day. Each soldier gets four sets of the uniform.

About 7,400 soldiers in the 2nd Brigade Combat Team at Baumholder will get the uniforms, he said. New hot-weather boots are issued separately by Rapid Fielding Initiative teams.

The teams distributing the uniforms will be on the move Thursday, with the Baumholder group heading to Darmstadt and the Graf group going to Hanau.

The first soldiers to get the new uniforms &#8212; the first major Army uniform redesign since the early 1980s &#8212; were Fort Stewart-based troops with the 48th Infantry Brigade of the Georgia National Guard, Rivera said.

The uniforms are radically different than the uniforms they replace, most distinctly their lack of black, according to Army documents. Black is omitted because it&#8217;s not commonly found in nature.

Bottom pockets found on DCUs are gone, replaced by pockets on the sleeves a la Special Forces uniforms so soldiers can use them while wearing body armor.

The uniforms cost about $80, compared with about $30 for BDUs.

ACUs were designed by a team of noncommissioned officers and tested by soldiers at U.S. bases, as well as in Iraq.