Iraq, Bosnia missions different, but similarities are worth discussing 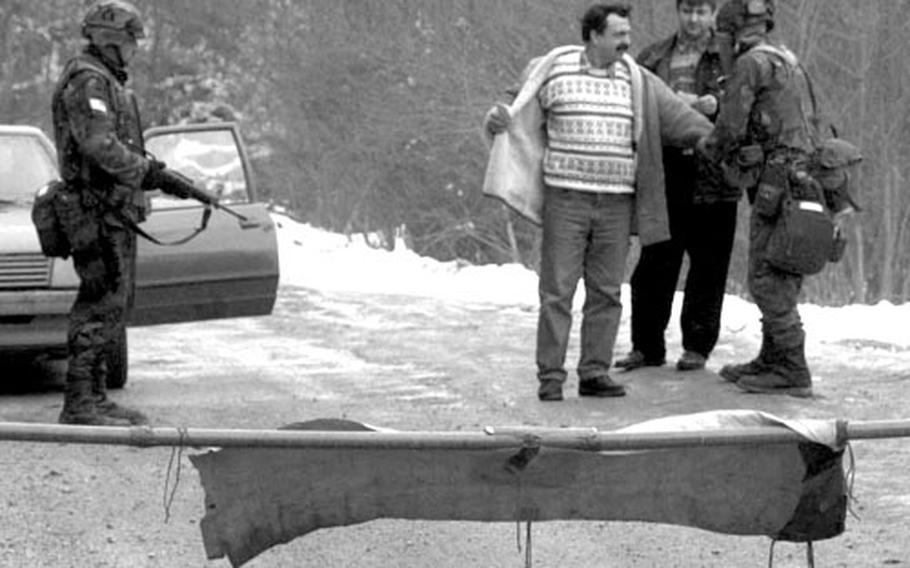 In February, 1996, on IFOR Route Python Near Kladanj, Bosnia and Herzegovina, American IFOR troops check individuals and cars for weapons at what was once the front line between the warring factions. (Michael Abrams / S&S)

In February, 1996, on IFOR Route Python Near Kladanj, Bosnia and Herzegovina, American IFOR troops check individuals and cars for weapons at what was once the front line between the warring factions. (Michael Abrams / S&S) 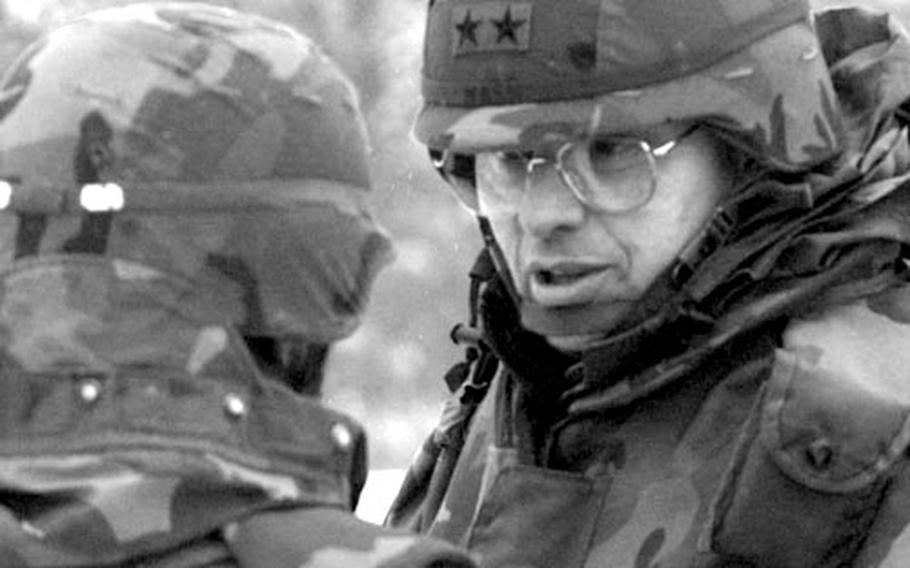 Today, when veterans of Bosnia talk of their experience, many invariably feel compelled to state the obvious: Bosnia is not Iraq or Afghanistan.

But there are some similarities.

When Army Maj. Gen. William L. Nash, commander of the 1st Armored Division, led his forces into Bosnia, there were three entities to deal with: the Croats, Muslims and Serbs. In Iraq, U.S. forces are trying to strike a balance between the needs and wishes of the Shiites, Sunnis and Kurds.

Secondly, troops serving in Iraq or Afghanistan worry about improvised explosive devices, or IEDs, the weapon of choice among insurgents. More servicemembers have died in Iraq from IEDs than from any other weapon.

A decade ago, Nash and his staff were concerned about the hundreds of thousands of land mines strewn across the Bosnian countryside. The first U.S. casualty of Operation Joint Endeavor, Spc. Martin J. Begosh of the 709th Military Police Battalion, nearly lost a foot when he drove his Humvee over an anti-tank mine on Dec. 30, 1995.

Two days later, a land mine caused the first U.S. fatality of the campaign.

Sgt. 1st Class Donald A. Dugan of Troop A, 1st Squadron, 1st Cavalry, 1st AD, died near the city of Gradacac in northern Bosnia when an exposed land mine detonated while he was apparently trying to disarm it.

His death came a week after three British troops were killed by an anti-tank mine in northwestern Bosnia.

And like President Bush, Clinton made some assertions that later proved to be a bit too rosy.