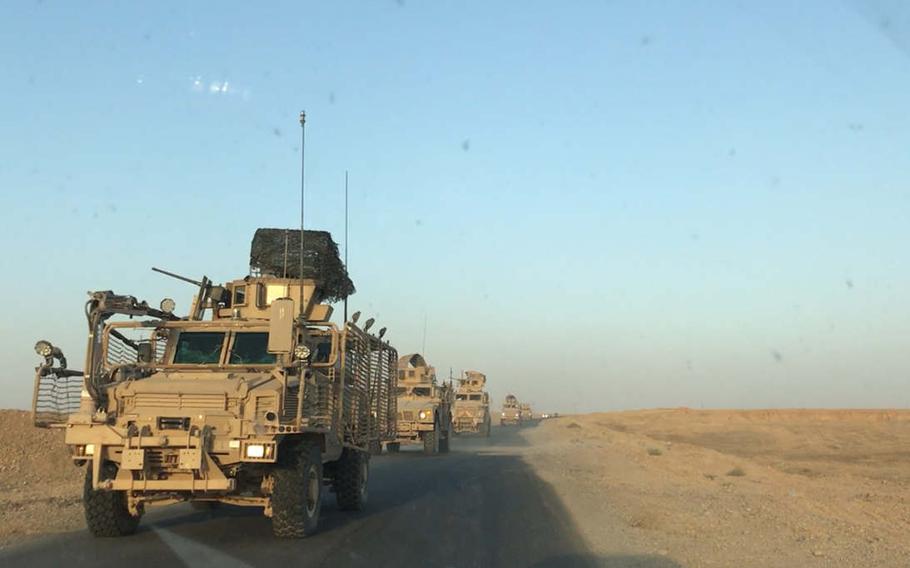 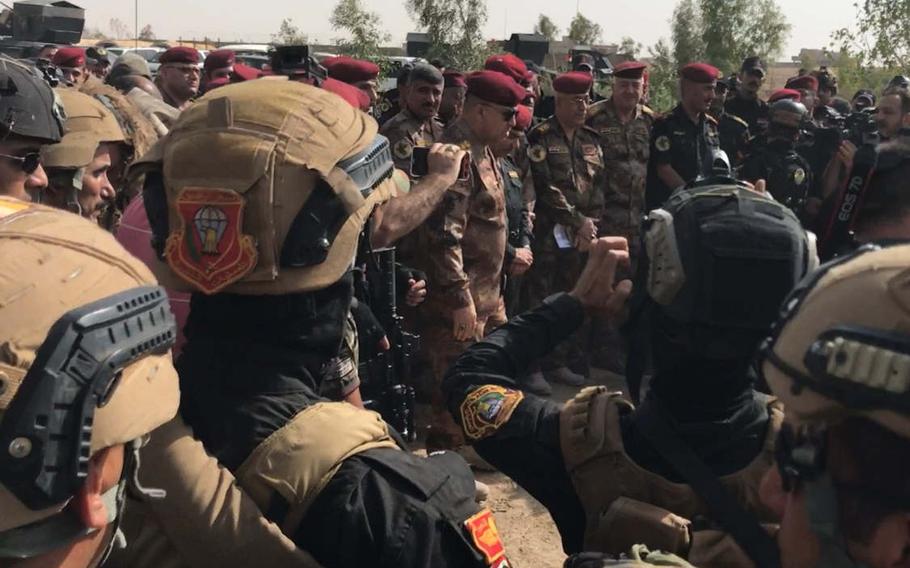 WASHINGTON — One U.S. servicemember was killed and another injured Sunday when their vehicle was struck by a roadside bomb in Iraq, a Pentagon official said.

The Pentagon on Monday declined to provide specific information about the incident, including where in Iraq it occurred or what unit was attacked, but Defense Department spokesman Eric Pahon confirmed the blast struck American troops. It marks the eighth U.S. servicemember killed in action fighting Islamic State militants in Iraq and Syria in 2017.

The Pentagon by policy withholds identifying information about servicemembers killed in action until 24 hours after their families have been notified.

Thirteen U.S. servicemembers have lost their lives in combat situations since operations against ISIS began in August 2014, according to the Pentagon. More than 50 have been wounded in action.

In late September, a French paratrooper was killed while advising local forces fighting ISIS, though officials did not specify whether the incident was in Iraq or Syria. It was France’s first combat fatality since it joined the anti-ISIS fight in September 2014.

Iraqi forces, backed with the coalition’s intelligence, equipment, airstrikes and training, are now fighting to retake the ISIS-held town of Hawija, about 140 miles north of Baghdad. The hilly, rural area, which is situated between the city of Kirkuk and ISIS strongholds in western Anbar province, is dotted with villages.

The town has been a bastion for extremists since the U.S.-led 2003 invasion and is one of the last remaining ISIS pockets in Iraq since government forces liberated Mosul, the country’s second-largest city, and the town of Tal Afar in northern Nineveh province in the summer.

The United States has stepped up airstrikes in the area in recent weeks in support of the Iraqi offensive. U.S.-led coalition warplanes conducted about 40 strikes last week, Army spokesman Col. Ryan Dillon said Sunday on Twitter. He said Iraqi forces had liberated 35 villages in the area — the number more than doubled by Monday morning, according to a later tweet.

Late last month, members of the elite Iraqi Counter Terrorism Service were in high spirits as they prepared for an offensive against the group in the area.

One noncommissioned officer claimed ISIS had been broken and could no longer fight.

Iraqi forces are also battling the jihadi group in western Anbar province, near the Syrian border. Last week, ISIS launched an attack, apparently as a diversion, near the provincial capital of Ramadi, which was declared to be under full government control in February 2016.

The terrorist group has lost control of about 90 percent of the territory it once held in Iraq, the coalition said in August, after Tal Afar and its outskirts were declared liberated.