Iran plans to build statue marking capture of US sailors 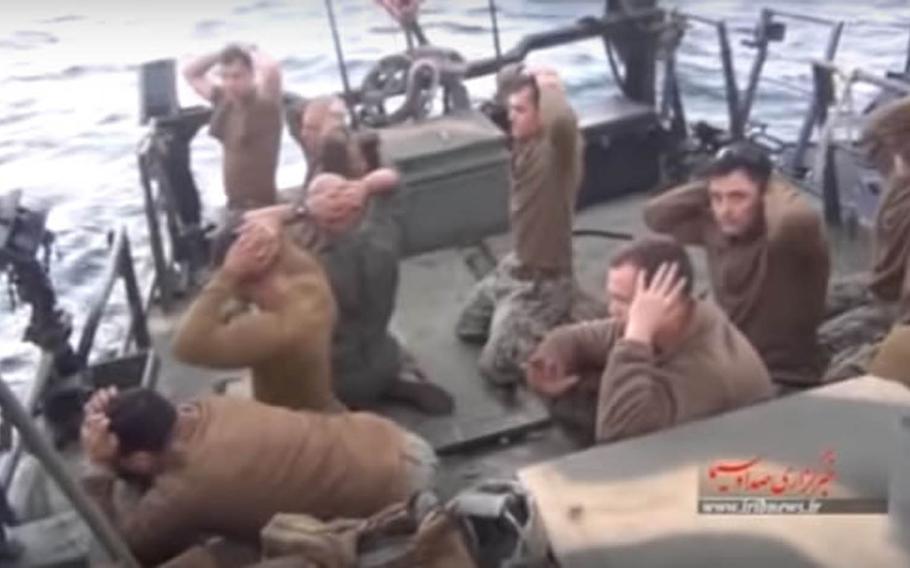 Iran’s Revolutionary Guard plans to erect a statue commemorating the capture of 10 U.S. sailors earlier this year, a move that is sure to test the fragile relationship between the adversarial nations.

The sailors were detained Jan. 12 after their two small riverine patrol vessels suffered a mechanical failure and drifted into Iran’s territorial waters near Farsi Island. Images of the sailors being held at gunpoint and crying during interrogations were broadcast on state-run media, inflaming passions in the U.S.

“There are very many photographs of the major incident of arresting U.S. Marines in the Persian Gulf in the media, and we intend to build a symbol out of them inside one of our naval monuments,” Fadavi was quoted as saying in state-run media reports.

The statue will likely be built on the Iranian-controlled island of Kharg, a small tract in the Persian Gulf close to where the sailors were captured, the Telegraph reported. The monument could be included as a stop on the pro-military “Rahian-e-Nour” tour of historical locations from the Iran-Iraq war.

The sailors were released after less than 24 hours in captivity, but the event was a public relations coup for Iranian hardliners and a call-to-arms for U.S. Republicans at a time when the nations were working toward implementing an agreement aimed at keeping Iran’s nuclear development peaceful.