Iran fires on, misses unarmed US drone over Persian Gulf 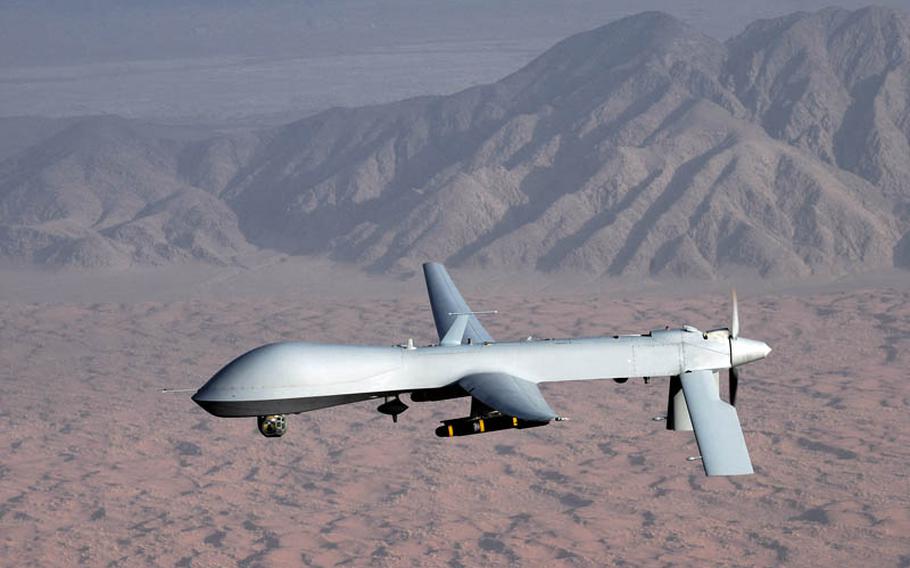 Iranian SU-25 fighters intercepted and fired twice at the unarmed drone just before 5 a.m. Washington time on Nov. 1, Pentagon Press Secretary George Little said at a Pentagon press conference. None of the bullets hit the Predator, a diminutive propeller-powered plane far slower and smaller than the jets, and it returned to base undamaged.

How could the jets have missed such a defenseless target? The SU-25 was designed for close air support, much like a U.S. A-10 jet, so its pilots might not be experts in air-to-air combat, Pentagon officials said Thursday. But the Pentagon believes the Iranian planes weren&rsquo;t just firing warning shots.

&ldquo;Our working assumption is they fired to take it down,&rdquo; Little said. &ldquo;We were not warned in advance that they were going to fire on this aircraft.&rdquo;

Little said the drone was flying approximately 16 nautical miles off Iran&rsquo;s coast in the tense Persian Gulf, the site of an ongoing military standoff between the United States and Iran over the regime&rsquo;s nuclear ambitions.

American officials have told the Iranians the U.S. has a right to fly missions in the area and would continue to do so, Little said.

&ldquo;Our aircraft was never in Iranian airspace; it was always flying in international airspace,&rdquo; he said. &ldquo;We never entered the 12 nautical mile limit.&rdquo;

Little said it was the first time a U.S. unmanned aircraft has been fired upon in the Persian gulf.

The incident, initially reported on CNN soon before Thursday&rsquo;s briefing, should never have come to light because surveillance missions are classified, Little added.

&ldquo;This is an unauthorized disclosure of classified information,&rdquo; he said.