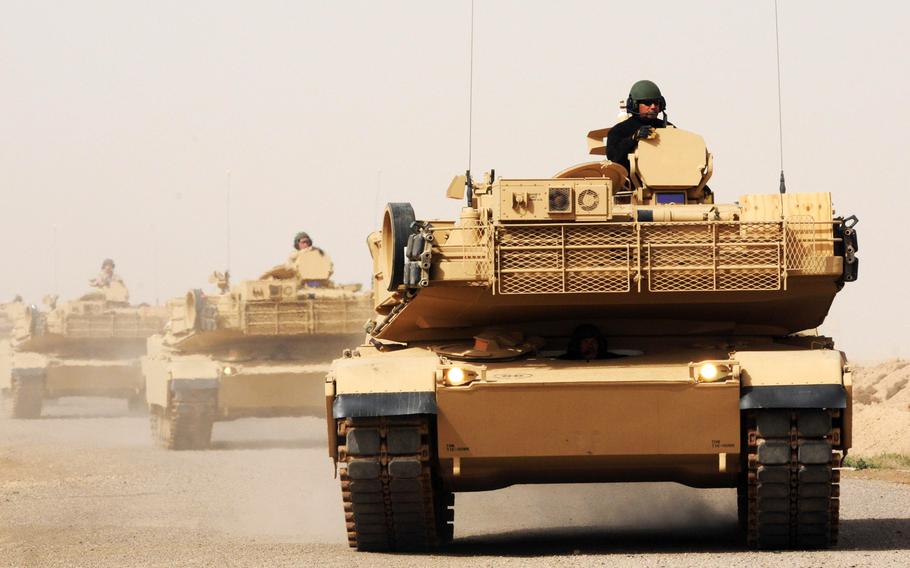 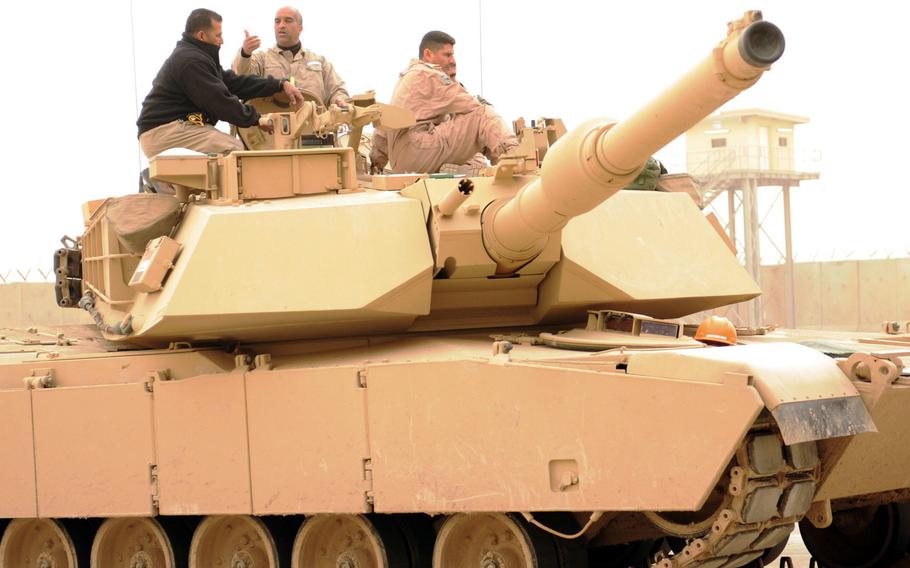 During the chaotic battle with the Islamic State, Iran-backed militias got their hands on M1A1 Abrams tanks the United States originally provided to the Iraqi army, a Pentagon watchdog has found.

A quarterly Inspector General report on the anti-Islamic State mission released last week cited reports that the militias, known as Popular Mobilization Forces, or PMF, had obtained up to nine of the tanks.

The PMF, considered part of the Iraqi security forces, seized some from ISIS in Tikrit in 2015 and Mosul last year.

The Shiite paramilitary groups used Abrams tanks against Kurds in northern Iraq last fall, according to Kurdish officials, which led U.S. lawmakers to threaten to curtail military aid to Iraq.

The Iraqi government had regained control of at least some of the tanks since October, the document said, while other media reports say they were all returned.

When an Iraqi army offensive retook Kirkuk from control of the autonomous Kurdish regional government in October, following an independence referendum there, the Kurds complained that the Shiite militia had been operating the tanks.

Sen. John McCain, R-Ariz., chairman of the Senate Armed Services Committee, condemned the use of equipment supplied for the anti-ISIS fight to attack the Kurds, long one of America’s strongest allies in the region.

Washington has approved sales to Iraq of more than $22 billion in arms and equipment for its military since 2005. The State Department has underwritten nearly $4 billion in financing since 2015 to help arm government forces, including the Kurdish forces in northern Iraq known as peshmerga, for fighting ISIS.

“The challenges for the (State and Defense departments) to account for the arms and equipment transferred to (Iraq’s military) have grown since the fight to drive ISIS from Iraq,” the Inspector General report said.

Iraq has received nearly 150 Abrams tanks. In late 2014, after Iraq had lost several of the 63-ton vehicles to ISIS, Congress was notified of the possible sale of another 175.

The heavy-duty Abrams, armed with a 120 mm canon and once touted as invincible thanks to its depleted uranium armor, replaced the M60 as America’s main battle tank in the 1980s. In the 1990s, it was a star of the Gulf War, where it cut down Russian-made T-72 tanks.

In the decades since, it’s lost its unkillable status after its rear proved vulnerable to some roadside bombs and rocket-propelled grenades. It’s also proven vulnerable to Russian-made Kornet anti-tank missiles, but it can still wreak havoc against its enemies.

In 2016, an Iraqi-operated Abrams dubbed “The Beast” was hyped for its role in taking on ISIS fighters in the western city of Hit, where a U.S. military spokesman boasted it was “tearing it up,” blasting roadside bombs and punching through ISIS defenses.

Since at least 2015, the Badr Organization and Kataib Hezbollah, two of the dozens of militias under the PMF umbrella, have posted photos and videos of M1A1 tanks flanked by their soldiers and draped with their banners and flags. The two groups are among several Shiite militias that are supported by the elite Quds Force of the Iranian Revolutionary Guards Corps.

Established in mid-2014, the PMF played a significant role in defeating ISIS. But human rights watchdogs have accused some of the groups of committing war crimes, and Iraq’s international backers called for the militias to be disbanded after ISIS was defeated in December.

The latest report isn’t the first time U.S.-supplied hardware has been found in the hands of Shiite militias. A 2015 YouTube video showed Kataib Hezbollah operating Humvees and mine-resistant ambush protected vehicles, or MRAPs.

In January 2017, Amnesty International found militias had committed atrocities using weapons provided by at least 16 countries, including the U.S. It cited a 2015 Pentagon report that found poor Iraqi oversight of stockpiles of U.S.-supplied weapons and material.

The State Department was pressuring Baghdad to ensure the swift return of U.S.-supplied equipment to the entities they were designated for in sales agreements, last week’s Inspector General report said.

Pentagon spokesman Eric Pahon told Military Times this week that the Abrams tanks had been used to fight ISIS and had all since been returned to Iraqi security forces.

“We continue to stress to the government of Iraq, as we do to all allies and partners, their obligation to maintain U.S.-origin equipment under the operational control of the designated end-user,” he said.