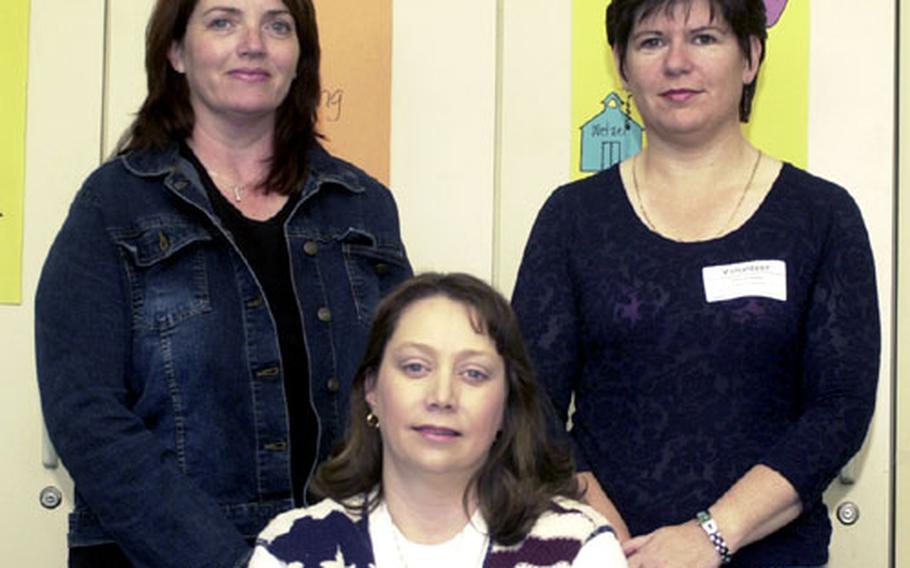 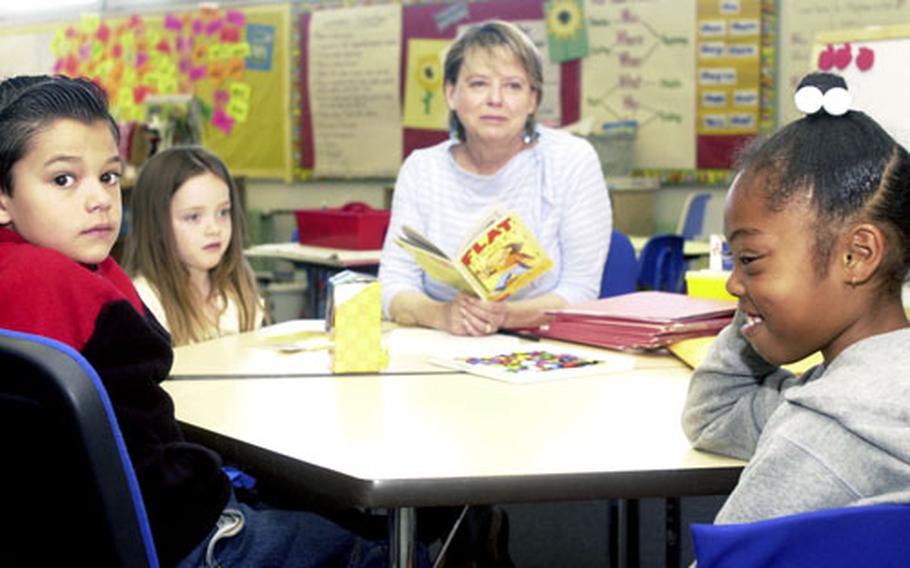 BAUMHOLDER, Germany &#8212; In the academic universe, literacy coach Jacqui Gustaferro already is a standout, selected as 2006 Kaiserslautern District Teacher of the Year.

But parents and the principal at Wetzel Elementary describe the Boston native as a transforming figure. Gustaferro, they say, is using reading not just to improve learning across disciplines, but to boost a school where mothers and children were struggling while many fathers were in Iraq.

One parent, Valerie Rene, said her son Patrick was lukewarm, at best, about reading. Now, after coaching by Gustaferro, the second-grader is thrilled to find out the school library will be open for summer and is making plans to be there, Rene said.

Parent Hayley Reese said that before Gustaferro coached her son Trey, the third-grader wasn&#8217;t a reader.

Because of Gustaferro, their school and the Wetzel housing area it draws from are becoming &#8220;a community of learners,&#8221; said Pam McGuire, whose son Riley is a first-grader.

That&#8217;s the idea, Gustaferro said. Her creation &#8212; Parents Publishing Center &#8212; is meant to draw parents into the school and get them involved in helping their children publish projects, such as the youngsters&#8217; own stories and science and mathematics assignments.

But there was a far more radical, ambitious plan behind the creation of the center, said Principal Helen Balilo. The larger mission was to get parents into the school, get their minds off the deployment, then send them home to instill in their children with a love of reading.

During the 1st Armored Division&#8217;s first Iraq deployment in 2003 and 2004, &#8220;this school really struggled,&#8221; Balilo said. Left alone for a year-plus with children, some mothers couldn&#8217;t cope, totally withdrawing into their homes, said Balilo, Gustaferro and parents who were interviewed.

During 2005, Wetzel pupils had the lowest TerraNova performance test scores in the Department of Defense Dependents Schools system. Many parents on this infantry-heavy base come from modest backgrounds in which education may not be a main priority, and whose own educational experiences may not have been positive, Balilo and Gustaferro said.

That, in and of itself, is not a negative. Gustaferro said she believes DODDS&#8217; most dynamic feature is that it submerges pupils into an environment that is incredibly diverse ethnically, culturally and financially.

The improvement is more than anecdotal.

The center helped scores because it sparked an accelerating trend. With more parents coming in, putting together more projects meant teachers had to come up with more projects for them to do, Gustaferro and Balilo said.

Both the quantity and quality of work improved. And parents who came in stopped feeling like outsiders and began to be part of the school, even challenging teachers.

On a human level, parents say the school began to feel energized.

Not every parent is involved. But after a year, there is a larger core of parents more involved than ever before. Some parents even went from volunteering to working at the school as substitute teachers, Gustaferro and Balilo said.