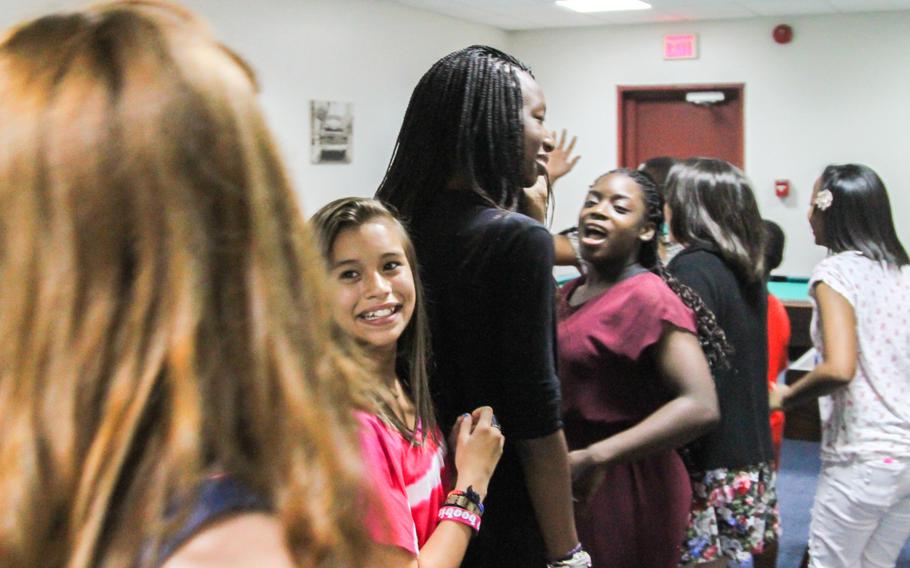 MANAMA, Bahrain — For the first time, the Boys & Girls Clubs of America has invited two teens from Naval Support Activity Bahrain to participate in the group’s annual Keystone conference, which base officials and resident teens welcomed as recognition of the base’s growing family population.

Keystone is a leadership club for young people aged 14 to 18 that focuses on academic success, career preparation and community service, according to the Boys & Girls Clubs of America website. Approximately 1,800 teens nationwide attend the annual conference.

The Boys & Girls Clubs of America’s military outreach department has offered to pay for two teens from NSA Bahrain to participate in this year’s conference, to be held April 10-13 in Anaheim, Calif., said Grace Purley, who helps run programs at the teen center.

While other military bases have received financial support for such youth conferences in the past, this is a first for teens here.

“Being that they chose Bahrain of all places, is very exciting and we really do appreciate it,” said Asia Singleton, a 9th grader.

She said teens here have fewer opportunities to participate in sports and clubs than teens in towns in the U.S. or at other military bases overseas.

The base teen center, which recently moved to a larger space, has 90 registered teens, compared with 25 in 2012. The Keystone club has become the center’s most popular program.

Singleton attributes the club’s popularity to the dearth of other extracurricular activities. “It gives us something to do... this is pretty much our only option,” she said.

Purley said the Keystone Club offers teens something they can put on their college applications. ”It’s important for the teens here to have those opportunities,” she said.

Michelle Edens, a ninth-grader who’s lived in Bahrain for two years, is excited that two teens here are going to go to the club’s annual conference. “We actually got noticed,” she said.

Singleton and Edens are among seven teens who have applied to go. The teen center is having them write an essay and fill out a questionnaire to compete for the spots.

Separately, the teen center has raised enough money to pay for a third teen to attend the conference. Purley said they are trying to raise enough money to send a fourth.