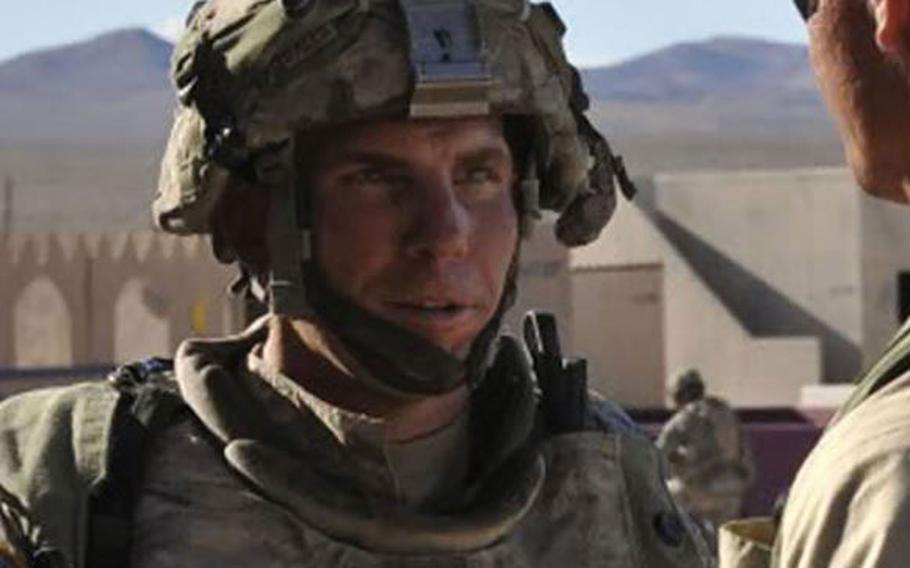 A soldier identified as Staff Sgt. Robert Bales appeared in this photo and in an article in High Desert Warrior, a military website, in 2011. Bales was sentenced to life in prison without parole 23 August 2013 after pleading guilty of killing 16 Afghan villagers on 11 March 2012. (Ryan Hallock/Defense Department)

The Army 15-6 investigation by then-Brig. Gen. Ricky Waddell released by the U.S. Central Command concluded that Bales showed signs of instability, alcohol and steroid use, assault and hatred for Afghans before he left his post without authorization for a pre-dawn rampage on two southern Afghanistan villages.

These instances of conduct “do not rise to the level of warnings or indicators that Bales would commit the extremely violent acts he allegedly committed on 11 March 2012,” Waddell wrote.

In a “healthy command climate, the command should have had much greater situational awareness of the discipline of its members,” Waddell wrote, noting officers and senior noncommissioned officers had taken a “hands-off” leadership approach and did not “overtly provide guidance on standards or expectations” about personal conduct, including the use of alcohol and drugs.

“This was a thorough investigation conducted with painstaking attention to detail by U.S. Forces-Afghanistan with coordination of the Criminal Investigation Division, and we stand by its findings and recommendations, and we support the process by which is conducted,” said Pentagon spokesman Navy Capt. Jeff Davis.

The report said that leadership at Village Stability Post Belambay was not aware of Bales’ infractions — including assaulting an Afghan truck driver, making racist comments and violating rules of personal conduct.

Instead, the investigation found a disconnect between the Green Berets and the conventional infantry unit Bales belonged to at Belambay. It also found rampant misconduct among both units’ noncommissioned officers, who “tolerated and/or participated in the use of alcohol … use of steroids, and (made) inappropriate remarks and behavior with respect to Afghans.”

These instances of conduct “do not rise to the level of warnings or indicators that Bales would commit the extremely violent acts he allegedly committed on 11 March 2012,” Waddell wrote.

The general made recommendations to then-Commander of U.S. Forces-Afghanistan Gen. John Allen, who has since retired from the Marine Corps. They include additional training for Special Operations Forces leadership to work with conventional infantry units; requiring SOF leadership to “clearly articulate specific standards of behavior” to conventional units operating on their posts; and for SOF personnel to work more closely with conventional soldiers and provide them with “the benefit of their training and experience.”

The formerly classified report was released Tuesday after multiple Freedom of Information requests were denied. The Pentagon did not comment Tuesday on the timing of the release.

Bales, who had deployed three times to Iraq before his tour in Afghanistan, was sentenced in June by a military jury to to life in prison without parole.