Into and out of the chamber 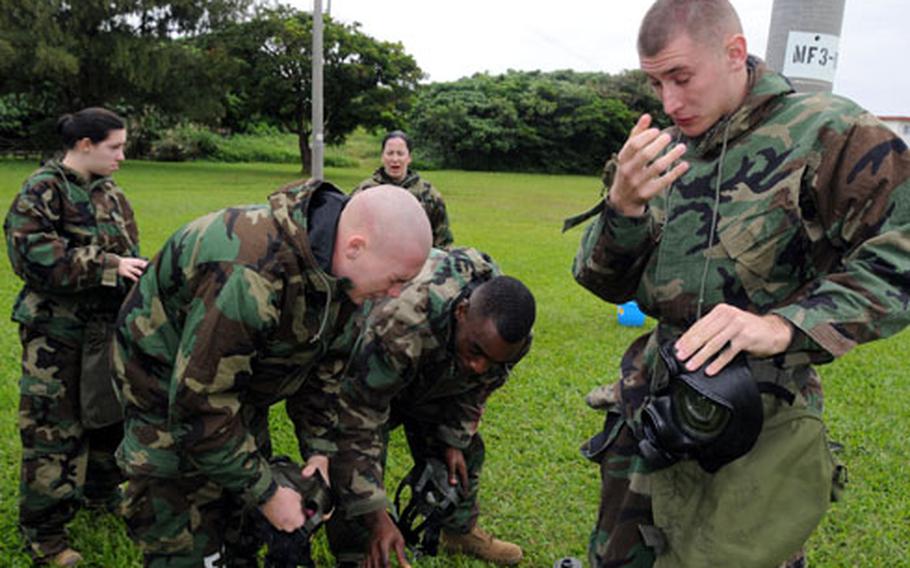 Cpl. Anthony Bartholomaus, right, 21, from Sioux City, Iowa, and other Marines try to shake off the effects of tear gas after a visit to Futenma’s gas chamber. (Photos by Cindy Fisher/S&S)

Cpl. Anthony Bartholomaus, right, 21, from Sioux City, Iowa, and other Marines try to shake off the effects of tear gas after a visit to Futenma’s gas chamber. (Photos by Cindy Fisher/S&S) 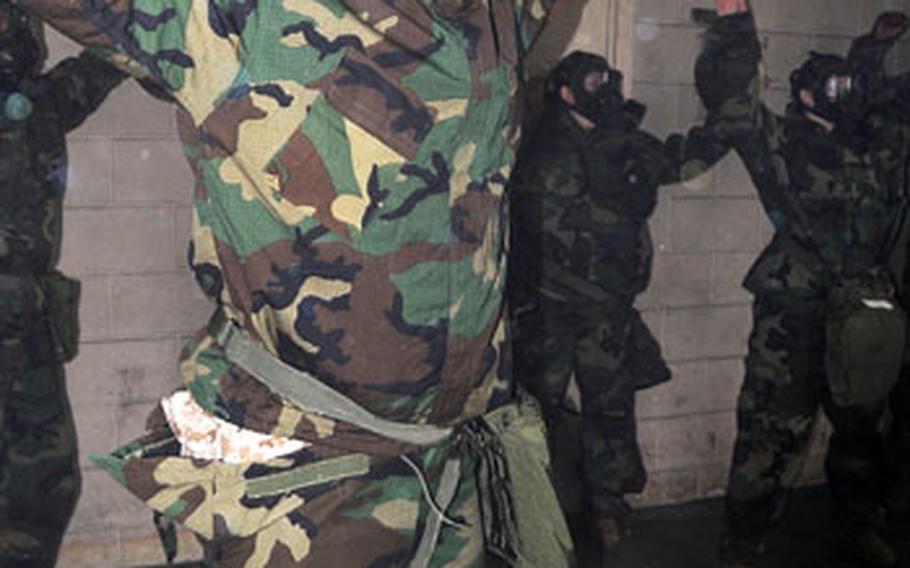 As tear gas floats in the air, Sgt. Kevin Thomas, 23, of Memphis, Tenn., and other Marines from Headquarters and Service Battalion perform jumping jacks. () 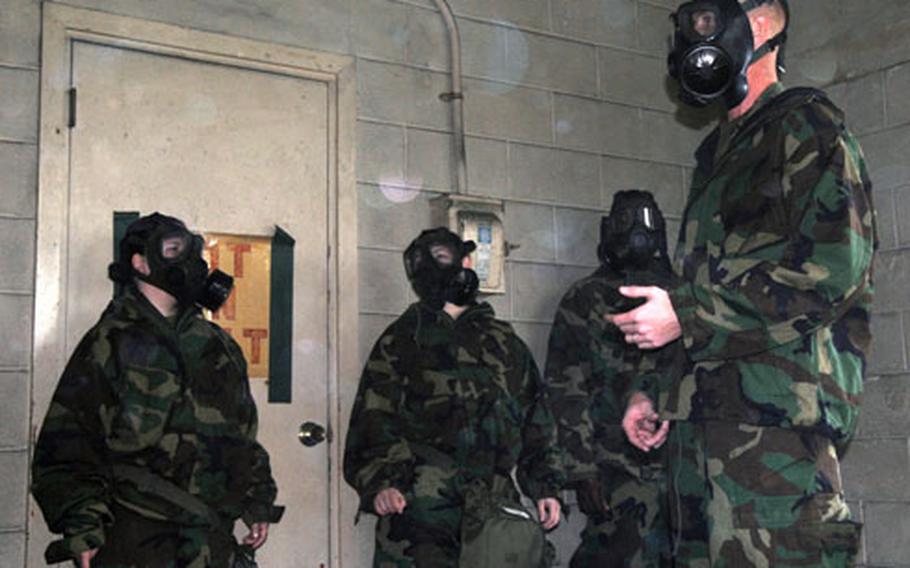 MARINE CORPS AIR STATION FUTENMA, Okinawa - It was obvious by all the teary eyes and sniffling noses that the training was a real gas. About 60 Marines went through chemical, biological, radiological, nuclear training Wednesday at Marine Corps Air Station Futenma&#8217;s gas chamber.

This annual mandatory training for all Marines requires troops to don special protective gear and enter a chamber filled with 2-chlorobenzal malononitrile, better known as CS gas, a tear gas used by the military and by law enforcement agencies.

After three to five minutes performing physical exercises in the gas-filled chamber, troops break the seal of their masks and then clear them of gas.

"It&#8217;s the safest way that we can show them the gear works" and give them confidence that it will protect them if a more lethal gas was present, he said.

Pfc. Adam Hawkyard definitely knew he&#8217;d been in the gas chamber, getting a good whiff of CS when he had to break the seal of his mask.

Eyes tearing and nose streaming after he left the chamber, he summed up the training in two words: "It sucked."

But if Hawkyard or his fellow Marines ever find themselves in a gas attack, Batterton said, they will know their equipment works.