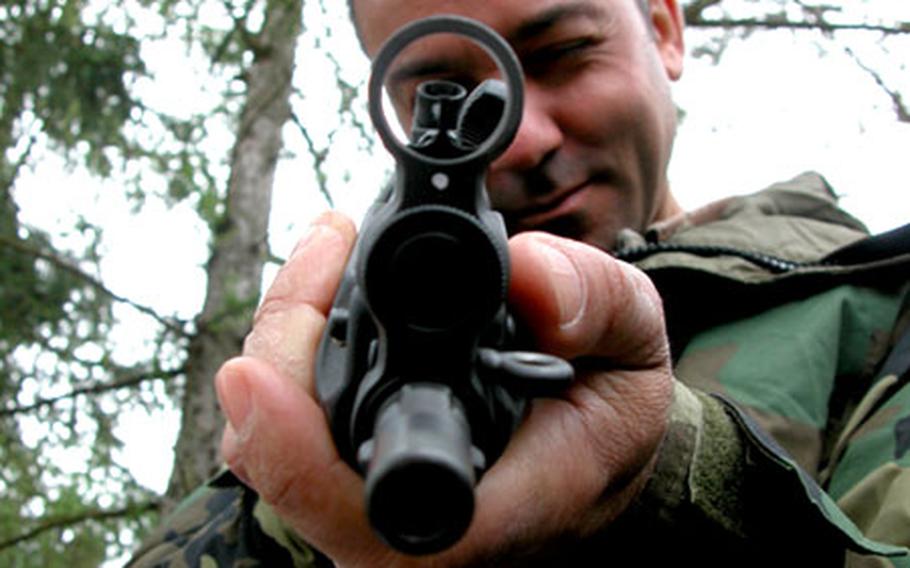 Italian army Warrant Officer Serrau Massimiliano from Milan relishes the opportunity to toy around with the German HKMP5 submachine gun during the Monte Kali international shooting competition in Messel, Germany, on Saturday. International troops, government agencies, and shooting clubs from 12 countries came together to qualify on one another’s weapons and to shoot at the Monte Kali M16 firing range. (Jessica Inigo / S&S)

Italian army Warrant Officer Serrau Massimiliano from Milan relishes the opportunity to toy around with the German HKMP5 submachine gun during the Monte Kali international shooting competition in Messel, Germany, on Saturday. International troops, government agencies, and shooting clubs from 12 countries came together to qualify on one another’s weapons and to shoot at the Monte Kali M16 firing range. (Jessica Inigo / S&S) 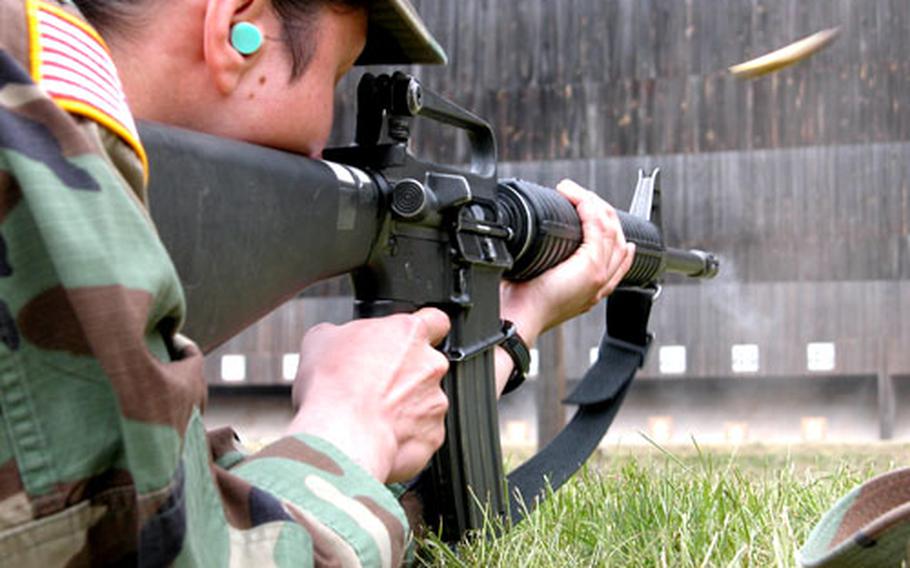 Pfc. Marivel Garza, stationed in Friedberg with the 39th Finance Battalion, sets her sights and steadies the weapon before firing. (Jessica Inigo / S&S) 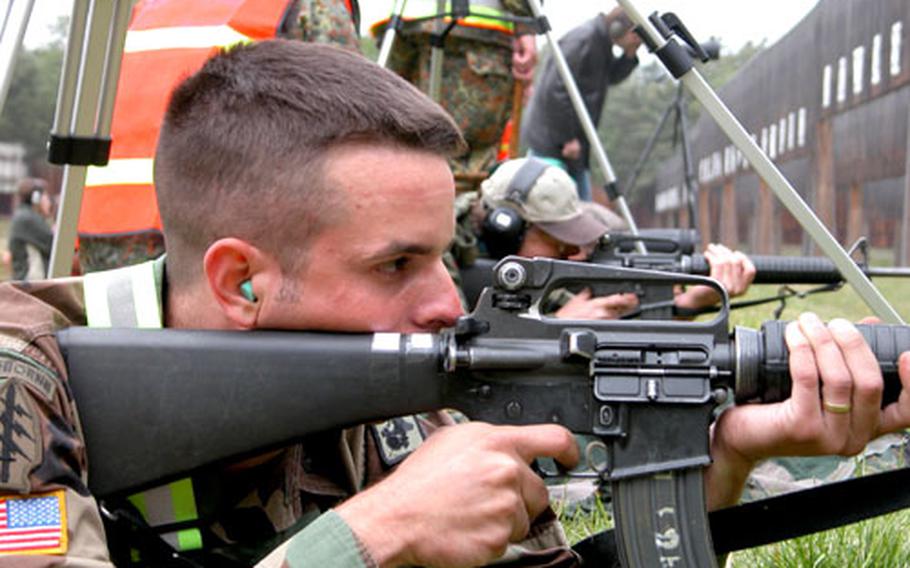 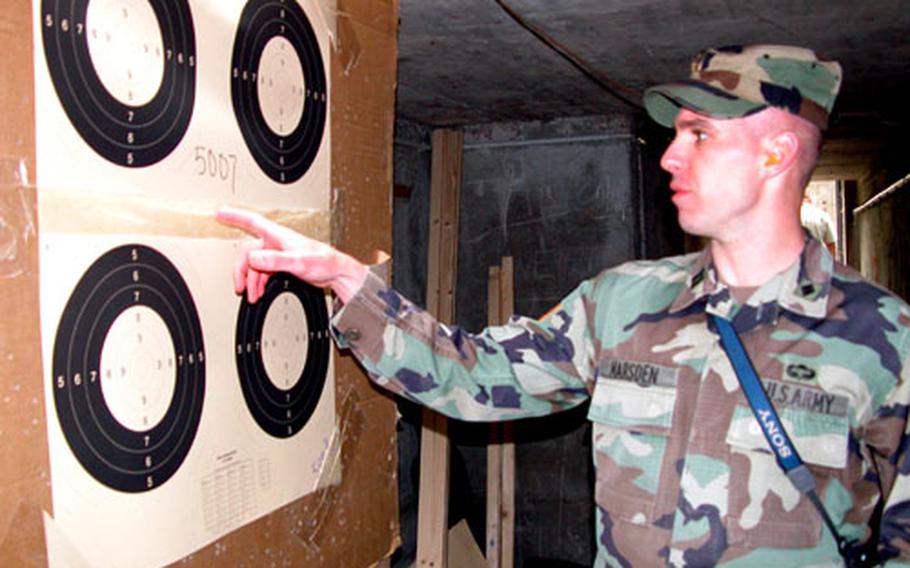 MESSEL, Germany &#8212; International troops, government employees and civilian shooting clubs from 12 countries had a blast Saturday at the third day of the Monte Kali, the largest annual firing event in Germany.

This year&#8217;s event &#8212; held for the fourth year at the U.S. range in Messel, near Darmstadt &#8212; was the largest yet, according to Mike Marcustre, the 7th Army Training Command range coordinator.

Nearly 4,000 participants from Argentina, Austria, Belgium, the Czech Republic, Denmark, France, Germany, Italy, Luxembourg, the Netherlands, Poland and the United States waited in long lines through cold, overcast weather to use the five ranges available during the three days.

Within the first two days, nearly 50,000 rounds were spent, and Marcustre said he expected all 150,000 rounds delivered for the event would be used by the time the shooting ended Saturday.

Saturday&#8217;s activities included a competition involving four-member teams. Each person fired 20 rounds from an M-16 rifle at targets with different numbered from a 100-meter distance.

For Italian Warrant Officer Serrau Massimiliano, firing the HKMP5 was the highlight.

&#8220;Its size, rapid action and response makes it the best weapon for me personally today,&#8221; Massimiliano said as he inspected the weapon and waited in line to fire.

The Monte Kali is sponsored by the 39th Finance Battalion, based in Hanau, and German army reservists from the Reservisten Kameradschaft. It has been a tradition between the two units for more than 20 years, according to Olav Glotzbach, a senior enlisted German reservist.

He said the Germans used to host the event in their hometown of Neuhof, near Fulda, until more space was needed. The Americans took over the event at their range, but kept the name, which came from a salt-mining hill.

Glotzbach said the event is more than an opportunity to fire new weapons. It is also a chance to make new friends.

That was evident by the end of the day, when parts of uniforms from different armies and agencies were traded and language barriers melted away.

Garza has gone to the Monte Kali twice now and said her time at the range is perfect preparation for when she has to deploy to the Middle East.

Competition winners were to be awarded at a banquet Saturday evening, said Capt. Richard Marsden, the range&#8217;s officer in charge. The winners were still being determined that afternoon.