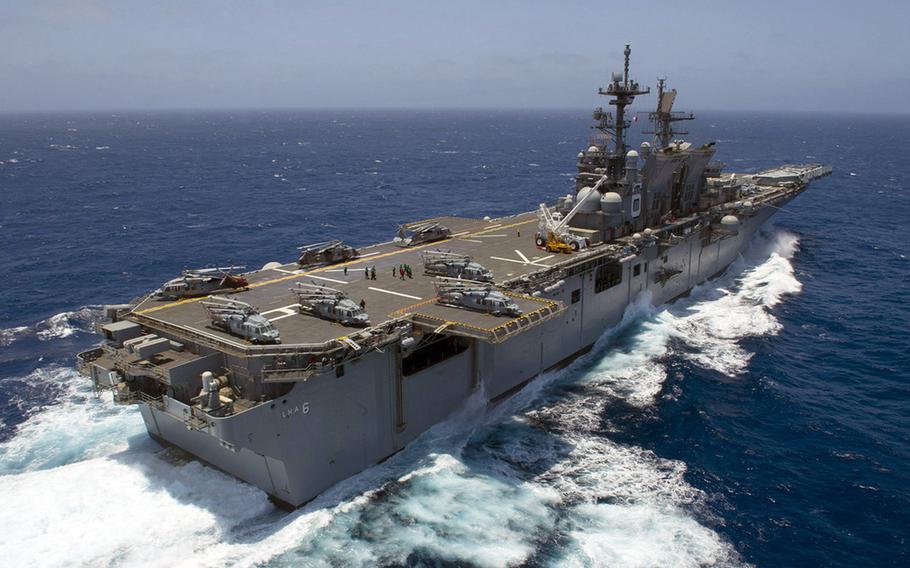 Four multinational flotillas have set sail toward Hawaii for the biennial Rim of the Pacific exercise.

Ten ships departed from San Diego while another 12 assembled in the Western Pacific Ocean. All are expected to arrive at Pearl Harbor next week; RIMPAC starts Thursday.

Brazil, meanwhile, has dropped plans to participate due to “unforeseen scheduling commitments,” the Navy said in a statement.

That’s likely not the only reason. After astounding economic growth in the early 2000s, Brazil is now roiled by political, social and economic woes all as it prepares to host the Olympics this summer. Its president has been impeached, a corruption scandal has rocked the country’s giant oil company Petrobras and its economy is in free fall.

The so-called “Group Sail” gives the ship crews the chance to operate together and conduct basic training, such as tactical maneuvering drills and communication system check, all before the more complex RIMPAC begins.

RIMPAC, which began in 1971, is hosted by U.S. Pacific Fleet and executed by U.S. Third Fleet in the Hawaiian operating area.

Twenty-six nations, 45 ships, five submarines, 200-plus aircraft and 25,000 personnel will participate this year, with Denmark, Germany and Italy participating for the first time.