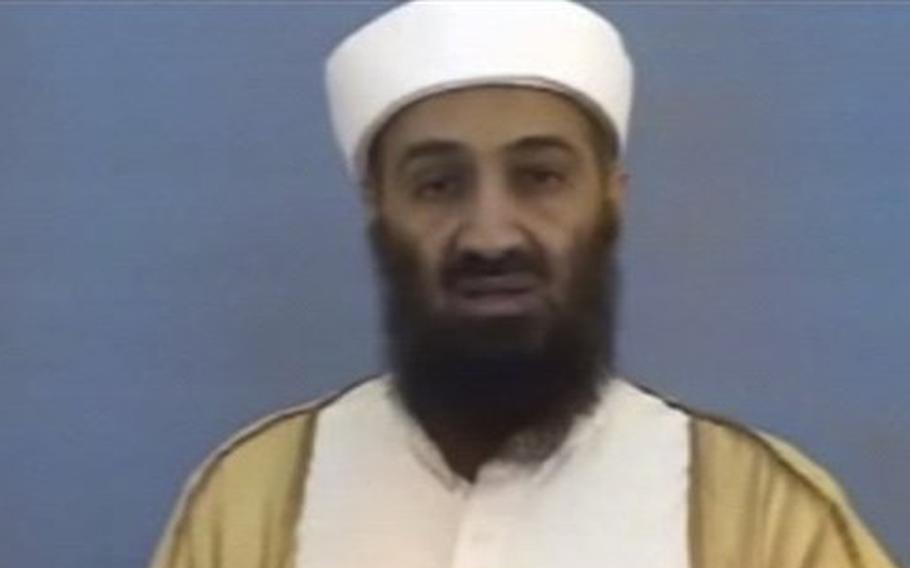 There is no doubt they got their man.

They searched first for immediate threats to the United States and its interests, including to American troops in Afghanistan, and for any links to other al-Qaida members.

The official would not reveal if the U.S. had taken direct military or other actions on any targets based on information found in the material.

&ldquo;The materials reviewed over the past several days clearly showed that bin Laden remained an active leader in al-Qaida, providing strategic, operational and tactical instructions to the group. &hellip; He was far from a figurehead,&rdquo; the official said.

&ldquo;The material found in the compound only further confirms how important it was to go after bin Laden,&rdquo; CIA Director Leon Panetta said in a statement released after the briefing.

Additionally, the official, who provided the information on the condition he would not be identified, provided more details to prove why the U.S. believes the man they killed is Osama bin Laden.

&ldquo;DNA analysis conducted separately by the Department of Defense and CIA labs has positively identified Osama bin Laden,&rdquo; the official stated. Bin Laden&rsquo;s DNA was compared to a comprehensive DNA profile from his family.

&ldquo;Based on that analysis, the DNA is unquestionably his. The possibility of a mistaken identity on the basis of this analysis is approximately 1 in 11.8 quadrillion.&rdquo;

That evidence was considered in addition to the account of one woman in the compound who identified bin Laden&rsquo;s corpse to the assault team, and the positive conclusions of CIA specialists who compared photos of the shape and size of the corpse&rsquo;s eyes, ears and nose to known photos of bin Laden, determining a 95 percent match.

U.S. officials also released five videos, after removing the sound, captured by the assault team at the site. In one, a gray-bearded bin Laden sat rocking back and forth in a room believed to be inside the compound, holding a remote control in hand while watching videos of himself on television. He is wrapped in a brown blanket and wearing a black knit cap.

Another video was a previously unseen &ldquo;self-styled message to the United States&rdquo; similar to known propaganda videos and believed to have been recorded last October to November. Three other outtakes show the most wanted man with a freshly-dyed black beard practicing or flubbing his video messages.

To mine the material, the U.S. has set up a task force including the CIA, Department of Homeland Security, Treasury Department, Defense Intelligence Agency, the FBI, National Security Agency and others. Officials would not say how long it will take to review the entire collection of materials. Indeed, the U.S. is still quantifying just how much material it has.

&ldquo;We are going to, on an around-the-clock basis, mine this information for anything that could suggest that there are continuing threats from bin Laden and his inner circle against our troops,&rdquo; the official said.

There are signs of disarray already in al-Qaida, which confirmed bin Laden&rsquo;s death but notably did not name his successor. The top candidate is Ayman al-Zawahri, but he does not have unified support from the ranks, intelligence officials believe. The U.S. already has shared intelligence from this haul with undisclosed foreign governments, the official also revealed.

As U.S. relations with Pakistan remain on edge in the wake of the raid, the official insisted the U.S. has no indication the Pakistani government was aiding bin Laden, but would not describe whether that was to include elements of the army or intelligence services. The officials only described relationship as it stands as complicated but important.