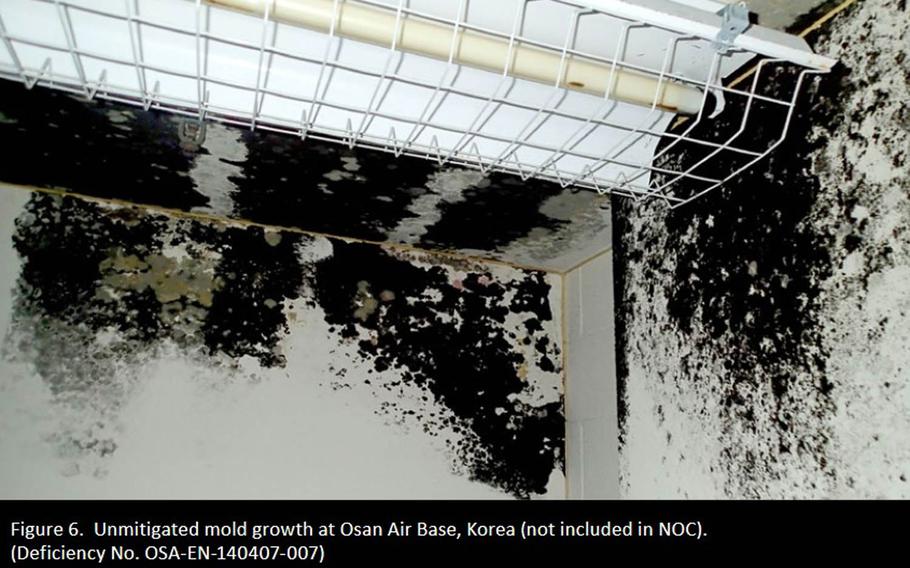 Servicemembers and their families are exposed to health and safety hazards at base housing worldwide that could be alleviated by inspections and better maintenance, the Defense Department’s Inspector General said in a recent report.

Inspectors found an average of two to three electrical and fire prevention deficiencies per building among the housing it inspected from 2013-16 in six places: the Washington, D.C. region, the U.S. Southeast, South Korea, Japan, Afghanistan and Jordan.

In multiple cases, inspectors found high levels of radon gas, which is the second-leading cause of lung cancer in the U.S., according to the Centers for Disease Control and Prevention. Other inspections found excessive mold, which can cause respiratory illnesses.

“However, none of these inspections comprehensively examine the effectiveness of facility sustainment processes with respect to the overall health and safety of occupants,” the report said.

Exposed wiring, faulty smoke detectors and ventilation issues were among the most pervasive problems found.

Among all areas inspected, radon exceeding government safety limits was most likely to be found on Okinawa.

In a Stars and Stripes article published last year, servicemembers said they had difficulty going back to at least 2011 in either finding out if their homes exceeded radon standards, or in getting the problems fixed.

Meanwhile, the inspection at a single facility in Jordan found 77 critical deficiencies.

DOD should prioritize hiring qualified inspectors, which the IG cited as a particular problem during its 2013 inspection of two housing areas in Afghanistan.

“We believe that the majority of deficiencies identified in our previous reports could have been avoided,” the report said.

The Air Force agreed but did not say when or how it would implement IG’s recommendation.