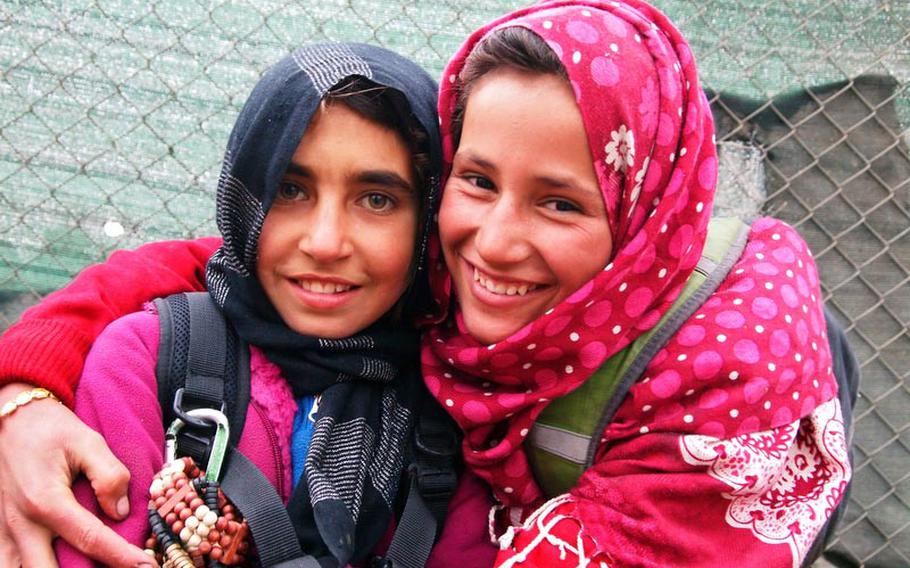 Kushi, right, 14, sold scarves on the street outside NATO headquarters in Kabul, but was also a mentor and skateboard instructor at Skateistan, a non-governmental organization based in Kabul. Here she is seen with Farzana another street seller. (Matt Millham/Stars and Stripes)

Kushi, right, 14, sold scarves on the street outside NATO headquarters in Kabul, but was also a mentor and skateboard instructor at Skateistan, a non-governmental organization based in Kabul. Here she is seen with Farzana another street seller. (Matt Millham/Stars and Stripes) Kushi, 14, sold scarves on the street outside NATO&#39;s headquarters in Kabul, but was also a mentor and skateboard instructor at Skateistan, a non-governmental organization based in Kabul. (Matt Millham/Stars and Stripes) 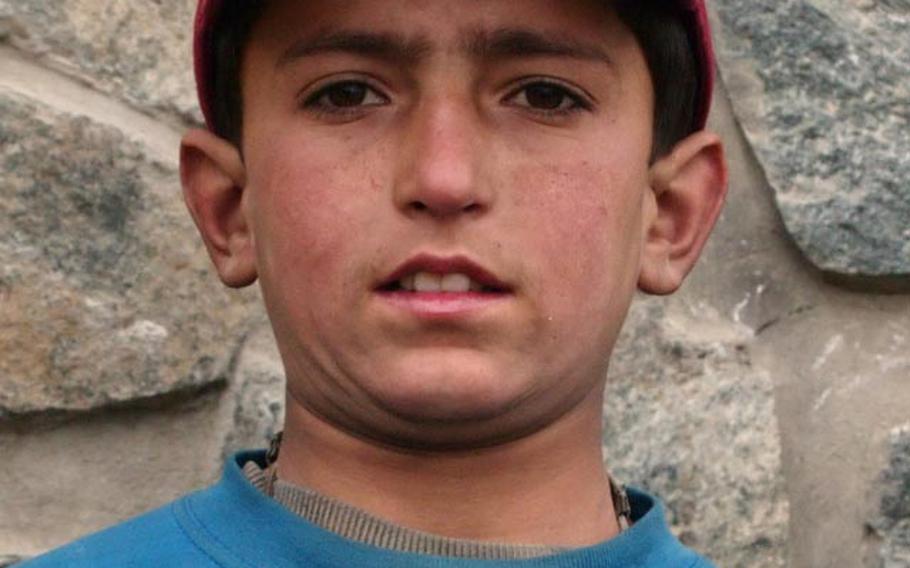 KAISERSLAUTERN, Germany &mdash; As I walked to a cab outside NATO&rsquo;s Kabul headquarters in January, a small mob of children surged in on me like a wave. Before I knew it, I was chest-high in kids trying to sell me stuff I didn&rsquo;t need, but was too much of a sucker to resist. Perched on a concrete barrier beyond the human surf, peeking over the bobbing headscarves and ball caps, was a girl I&rsquo;d bought scarves from many times: Kushi. I hadn&rsquo;t seen her in nearly a year.

She sidled up as I reached the cab and asked, &ldquo;Do you remember me?&rdquo;

It appeared to surprise her when I spoke her name. It certainly surprised me when she rattled off mine: Mr. Matt.

In June, this newspaper ran a story about her and other children who hang out near NATO&rsquo;s Kabul headquarters selling scarves and trinkets to Western forces. The locale offered the children, it seemed, a safer place to work and certainly more money than they would find outside the cordon around the NATO compound. At least that was the consensus when I was reporting for the story.

But on Saturday, I got an e-mail from an American Air Force officer saying a suicide bomb attack outside the compound killed six people and injured five. Among the dead were children interviewed or photographed for the story, including 14-year-old Kushi, her sister Parwana, who was 8 or 9, and Nawab, 17.

Also killed were Mohammed Eeza, 13; Assad, a 22-year old cousin of Kushi and Parwana; and the 50-something owner of a rug shop where the children often congregated.

Before joining Stars and Stripes as a staff reporter, I&rsquo;d worked nearly a year and a half at NATO&rsquo;s International Security Assistance Force Headquarters and struck up what seemed to me a friendly, albeit largely transactional, relationship with some of these children. As I reported for the story, though, it became clear that the kids wanted me to know more about their lives beyond that guarded corridor.

In May, Kushi and Nawab took me on a city tour. We walked around downtown, visited Kabul&rsquo;s downtrodden zoo and stopped in at Skateistan, a nongovernmental organization that is part school, part skate park. Kushi, Nawab, Eeza and Parwana were all involved with the program.

The organization&rsquo;s media intern, Duncan Buck, posted a blog entry memorializing the four on Skateistan&rsquo;s website Monday, telling how Nawab had been part of the program since the beginning, &ldquo;eventually becoming a volunteer instructor and star amongst the students.&rdquo;

Parwana had just signed on, joining her sister Kushi &mdash; who also went by Khorshid &mdash; an instructor and mentor for many of Skateistan&rsquo;s younger girls. Buck wrote that she &ldquo;stood apart with a tough, cheeky and sensitive personality, smiling no matter what troubles she had to deal with day-to-day. She knew what she wanted in life and wasn&rsquo;t afraid to fight for it despite having more responsibilities and sorrows than a child should ever have.&rdquo;

In a May interview, Kushi told me how her family moved to Kabul so her father could find work. When he couldn&rsquo;t, she and her sisters started selling scarves on the street.

&ldquo;Maybe I will be here until (I am) 16,&rdquo; she told me. &ldquo;Then I won&rsquo;t do this anymore.&rdquo;

She wanted to become a doctor, or, if that didn&rsquo;t work out, an interpreter for the Americans.

I asked if she felt safe on the street; she said she did.

One of her friends outside ISAF, 15-year-old Zubai, didn&rsquo;t agree. He was sure his relationship with the Americans made him a target for the Taliban.

The group claimed responsibility for the attack in a news release. In that version, a 28-year-old &ldquo;brave Mujahid &hellip; heroically stormed a clandestine CIA-run headquarter in Shash Darak, Kabul city, the capital of the country and blew up explosive-filled vest, killing at least 5 high-level US secret agents, Mujahideen officials said.&rdquo;

The real story is far less exciting, but still tragic for those who knew the dead: A boy apparently the same age as Kushi blew himself up and killed a number of his peers.

In his post, Buck includes quotes from some of Skateistan&rsquo;s students as they remembered Kushi.

One girl recounted how she was scared to go down the big ramp. Kushi told her to close her eyes and &ldquo;imagine herself succeeding,&rdquo; Buck wrote, &ldquo;and on the next attempt she managed it.&rdquo;

&ldquo;The girl now does this for every trick she practices and says, &lsquo;Khorshid is alive within me, alive in the courage I now have.&rsquo; &rdquo;