Injury sends soldier to Germany ahead of wife’s delivery 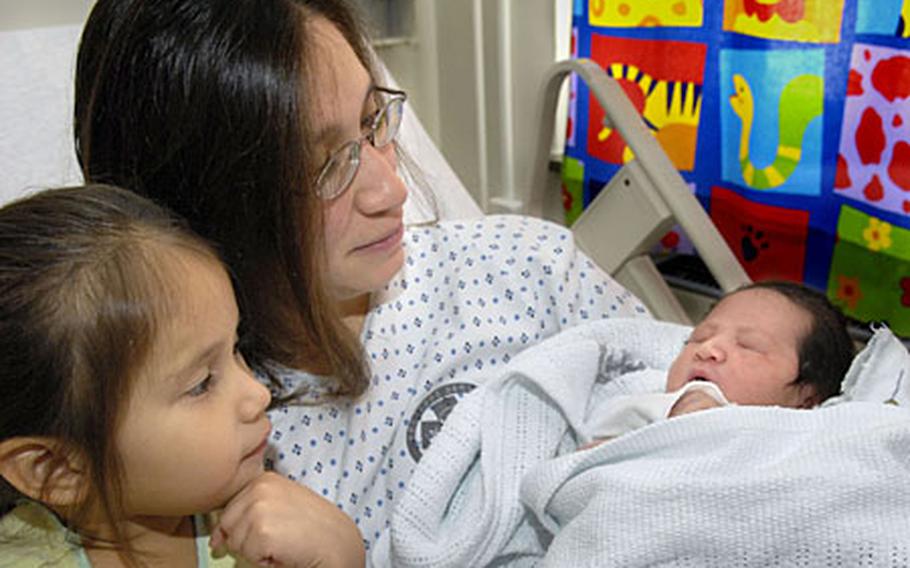 LANDSTUHL, Germany &#8212; Staff Sgt. Leonard Day thought he would not get to be with his wife when she gave birth to the couple&#8217;s third child.

The due date was in September, and Day, a member of the Vicenza, Italy, 1st Battalion, 503rd Infantry Regiment (Airborne), would be deployed with his unit to Afghanistan. He planned to take leave in February to visit his family and see his newborn child for the first time.

Instead, he got to greet 7- pound, 12-ounce Isabella in person shortly after she was born Thursday at Landstuhl Regional Medical Center.

And, oddly enough, their first father-daughter moment would not have happened without an Aug. 8 incident in Afghanistan during which Day survived a roadside bomb blast.

Talk about a silver lining to a black cloud.

Day was traveling in a Humvee in eastern Afghanistan when the vehicle hit a roadside bomb. Shrapnel from the blast severely damaged his right forearm. The 27-year-old was evacuated to Landstuhl for treatment.

Shortly after, Day&#8217;s wife, Angelina, who was well into her third trimester of pregnancy, arrived by bus at Landstuhl from Italy with the couple&#8217;s two children to reunite with the injured soldier.

An arrangement that involved Southern European Task Force commander Maj. Gen. Frank Helmick and other top brass was worked out so that Angelina could have the baby at Landstuhl and Day would be there for the birth.

Day&#8217;s injury required that his right forearm be stitched to his side to assist in replacing lost tissue. On Monday, he underwent surgery that freed his arm from his side. On Thursday, Angelina had a scheduled Caesarean section and Isabella was born.

The couple thanked the Army, the generals, the hospital, liaisons and the Fisher House &#8212; which housed the family during its stay &#8212; for the unscheduled and unexpected opportunity for Day to be around for his daughter&#8217;s birth.

&#8220;They care about families, and they want to make sure that they keep them together as much as possible.&#8221;