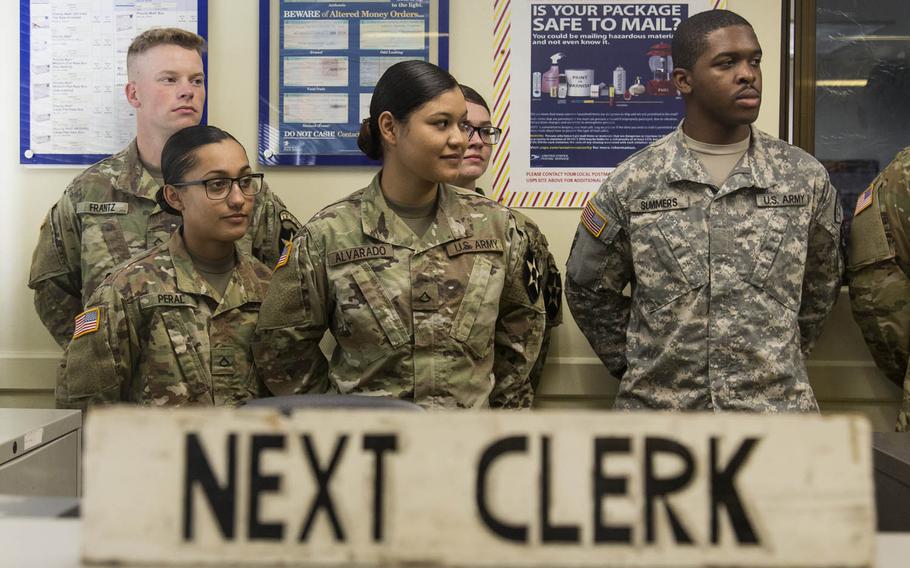 The mark, which invalidates postage stamps on incoming mail, includes the words: “Honoring our past, inspiring our future,” and “Celebrating 100 years of history” beside an Indianhead like the one on 2ID’s well-known logo.

“If there’s one thing that every soldier appreciates, it’s receiving some kind of mail while forward deployed,” 2nd ID’s commander, Maj. Gen. Scott McKean, said before stamping the first envelope.

The postmark, which took 10 months to develop and get U.S. Postal Service approval, will be used for 30 days, said James Register, Camp Red Cloud’s chief of postal operations.

Collectors and former members of the division are expected to order 1,500 copies of the rubber stamp, he added.

“It’s going to go all over the world,” Register said.

The small size of Camp Red Cloud, which receives about 80,000 pounds of mail each month, means the postmark will be rare.

Register said postal workers near the DMZ are in the business of morale — and nothing beats a handwritten letter.

“You can get telephone calls, but to have that letter in your hand and open it from a loved one, it’s unique, it’s different, it’s special,” he said.