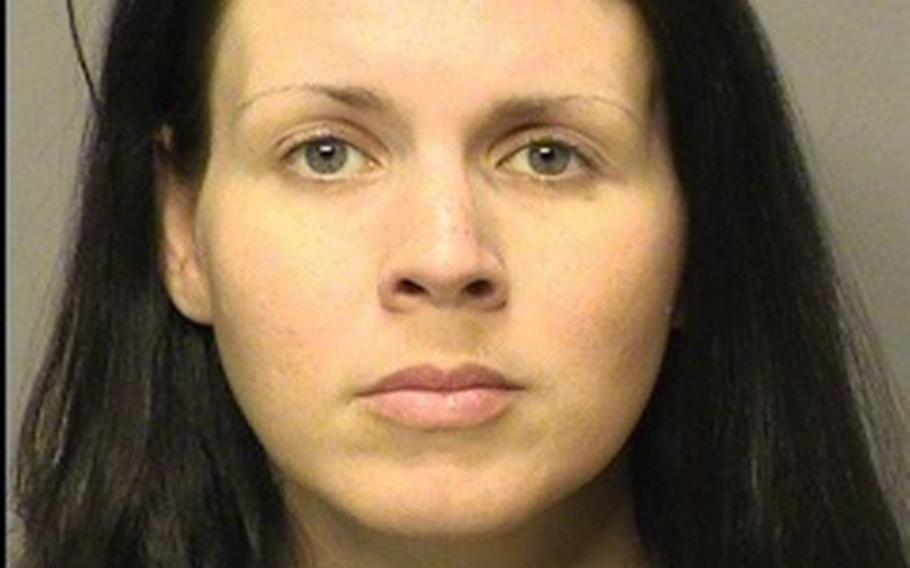 An American woman who helped her husband and brother-in-law join the Islamic State in Syria by smuggling cash and gold overseas has been sentenced to 6½ years in prison after pleading guilty to financing terrorism.

Samantha Elhassani, 35, formerly of Elkhart, Ind., was also sentenced to three years of supervised release Monday at the U.S. District Court for the Northern District of Indiana, the Justice Department said in a statement.

She faced a maximum sentence of 10 years in jail, $250,000 fine and lifetime supervised release.

In a plea agreement last November, Elhassani said that on two trips to Hong Kong in 2014 and 2015, she took with her over $30,000 in cash that she did not declare on customs forms and gold that she melted down to look like jewelry.

Elhassani had “turned her back on her country to support a terrorist organization” and smuggled the assets into Hong Kong knowing they were to be used in support of ISIS, Assistant Attorney General for National Security John C. Demers said in the statement.

On a third and final trip to Hong Kong in March 2015, Elhassani acquired rifle scopes, image-stabilized binoculars and other tactical gear. Shortly thereafter, she and her family, including her 7-year-old son and 2-year-old daughter, left for Syria by way of Istanbul, Turkey, the Justice Department said.

The family lived for over two years in Raqqa, considered the capital of ISIS’s self-proclaimed caliphate, where Elhassani had two more children, she told the news program Frontline and the BBC in a March 2018 interview.

One of her children had appeared in an ISIS propaganda video threatening to attack the West, BBC reported.

Her husband was killed in an airstrike while fighting for ISIS, as the U.S.-backed and Kurdish-led Syrian Democratic Forces sought to oust the jihadi group from its strongholds. She and her children fled and were taken into SDF custody before being handed over to U.S. law enforcement authorities in July 2018.

“We repatriated Elhassani from Syria because every nation is responsible for holding its citizens accountable and addressing the future threat they may pose,” Demers said. “We will not stop.”

Thousands of ISIS fighters and their families are held in detention centers and displacement camps in Syria, including a large number of foreign volunteers.

American officials have urged countries to repatriate and prosecute their share of the foreign fighters, warning of the threat of ISIS-planned prison breakouts and riots.

Some 27 American citizens have been returned to the U.S. from SDF custody, the Justice Department said last month, shortly after repatriating the last four of 10 detainees charged with crimes related to support of ISIS.

Aside from Elhassani, two others have been convicted — a Virginia man sentenced to 20 years of prison in 2017 and a Texas man who pleaded guilty in September to supporting ISIS.

Elhassani’s actions put her children’s lives at risk and exposed them to “an atmosphere of violence and hatred,” said Paul Keenan, special agent in charge of the FBI’s Indianapolis office.

Of the remaining 17 repatriated Americans, 15 are still minors and the other two were minors when they traveled with their families to join ISIS, Voice of America reported on Monday.

Elhassani had told Frontline and the BBC that she had been tricked into going to Syria by her husband, Moroccan national Moussa Elhassani.

But Keenan, the FBI agent, said in the DOJ statement that she knew what she was doing and why.

“She was an active participant in this heinous activity and is now facing the consequences,” he said.