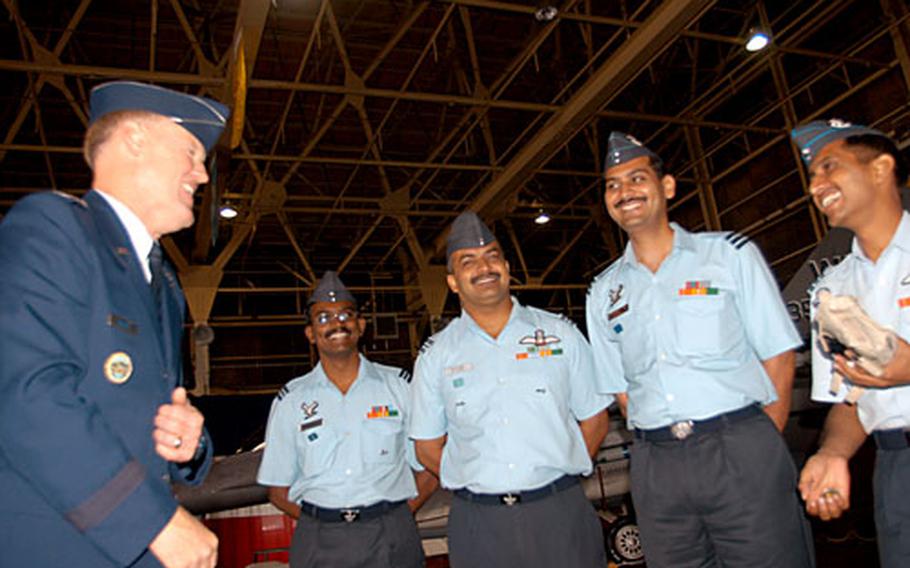 MISAWA AIR BASE, Japan &#8212; Getting to know their U.S. counterparts before an exercise on their home turf in November, six members of India&#8217;s air force visited Misawa Aug. 21-27 as part of a bilateral exchange.

&#8220;A big part of it is so they have familiarity on how we operate so we can safely operate together during the exercise as well as building some of the rapport and friendships that really make the exercise successful,&#8221; said Lt. Col. Chuck Toplikar, 13th Fighter Squadron operations director.

Misawa and Kadena Air Base on Okinawa are gearing up to send about 256 military personnel from the 35th Fighter Wing and 961st Airborne Warning and Control Systems, respectively, to Cope India Nov. 7-19. The exercise marks the second year the two air forces will practice simulated combat flying between two types of aircraft.

This year, the exercise &#8212; to be held at Kalaikunda base near Calcutta &#8212; is expanding in scope: Twelve F-16 CJs from Misawa are to take part, as is an E-3 AWACS aircraft from Kadena.

Last month&#8217;s swap was mutual: The same week in August the Indian air force members came to Japan, Misawa and Kadena each sent one airman who will participate in the exercise to India. The two are getting to ride in a Russian-made SU-30 fighter, one of the Indian officers said.