India joins US and Japan for annual minesweeping drills 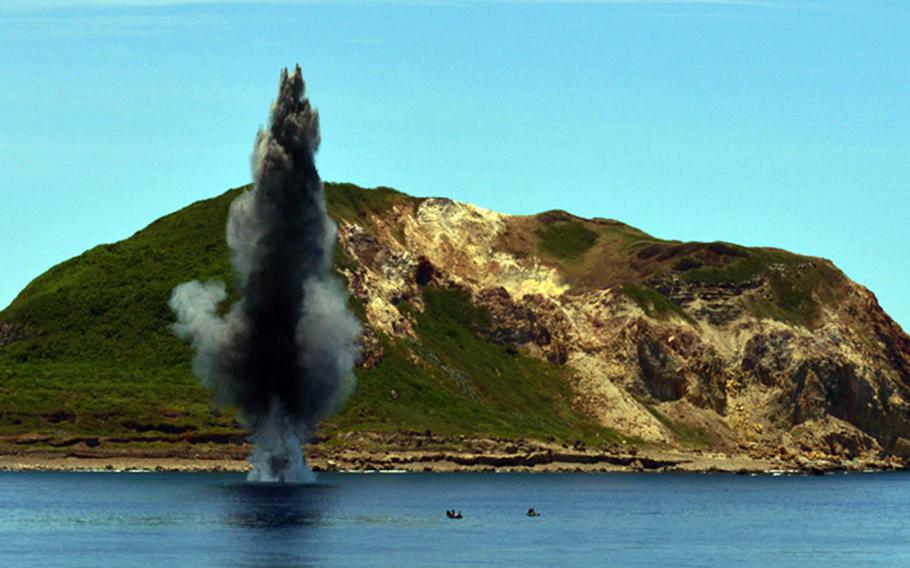 This photo provided by the Japan Maritime Self-Defense Force shows a minesweeping drill conducted in 2017 by the United States and Japan. (Courtesy of JMSDF)

YOKOSUKA NAVAL BASE, Japan — India is practicing mine-countermeasure techniques with the United States and Japan off Aomori prefecture.

The annual 2JA mine-countermeasure exercise — which kicked off Wednesday and is expected to run through July 30 — traditionally involves only the U.S. Navy and Japan Maritime Self-Defense Force. But this year, the Indian Navy sent four explosive ordnance disposal divers to participate with 20 others sent by the U.S. and Japan, according to the JMSDF.

The exercise will end with a drill between the U.S. and Japan during which the countries will “coordinate and communicate to ensure a safe route through simulated mines,” the statement said.

“The mine countermeasure mission is hugely important to both military and civilian shipping from all nations in the Indo-Pacific region and keeping waterways clear of mine threats is fundamental to national security and the free flow of trade,” he said in the statement.

Capt. Yasuhiro Kawakami, commander of Japan’s mine warfare force, said he was “happy” that India has joined this year’s efforts.

“I believe that the Japan-U.S.-India collaboration in the minesweeping and diving exercise is important to bring regional safety and peace,” he said.

Stars and Stripes correspondent Aya Ichihashi contributed to this report.