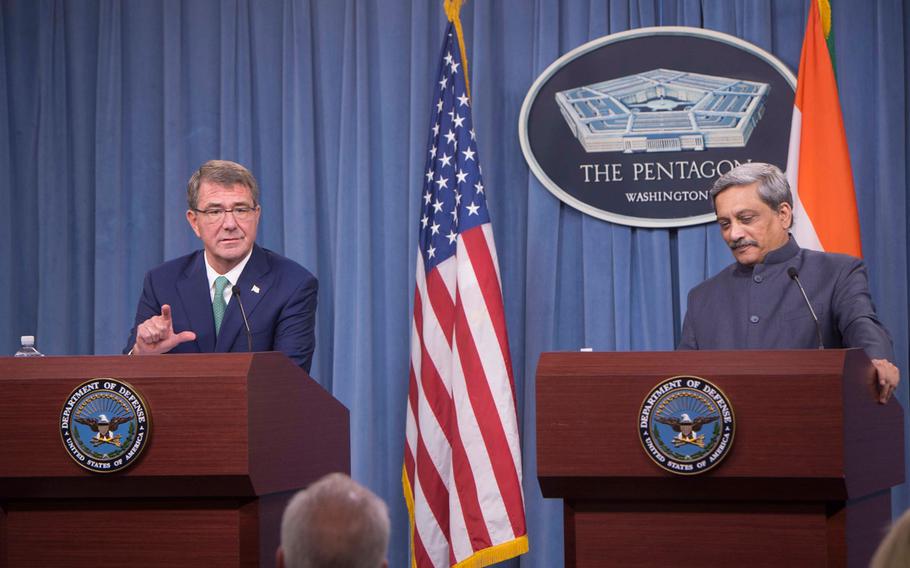 Carter made the announcement while hosting India Defense Minister Manohar Parrikar at the Pentagon.

During Carter’s trip to India in April, some remains from the U.S. B-24 Liberator crew “Hot as Hell” and a C-109 transport aircraft were repatriated to the United States during a ceremony in New Delhi.

Though both crash sites had been known for years, the transfer of remains in April was the first of its kind, due to previous political sensitivities and geographic challenges.

More than 600 aircraft and as many as 1,000 U.S. airmen were lost during World War II in India’s eastern Himalayas -- a treacherous stretch of 15,000-foot mountain peaks known as “The Hump.”

In the last several years, the political and military relationship between the United States and India has improved considerably, Carter said, noting Monday that he had “never been more optimistic about this relationship.”

Carter said a team from the U.S. Defense POW/MIA Accounting Agency would return to India from Nov. 1 through Dec. 14 to survey additional aircraft crash locations.