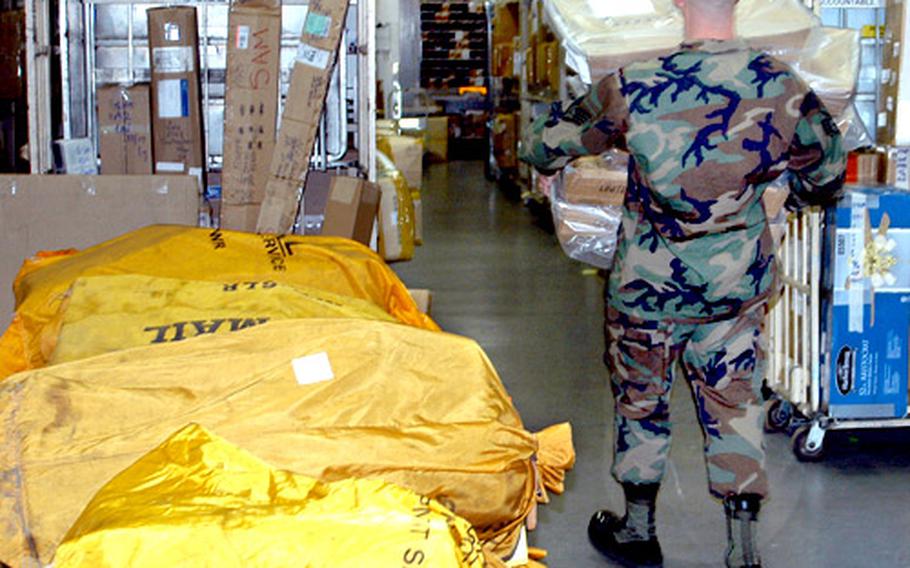 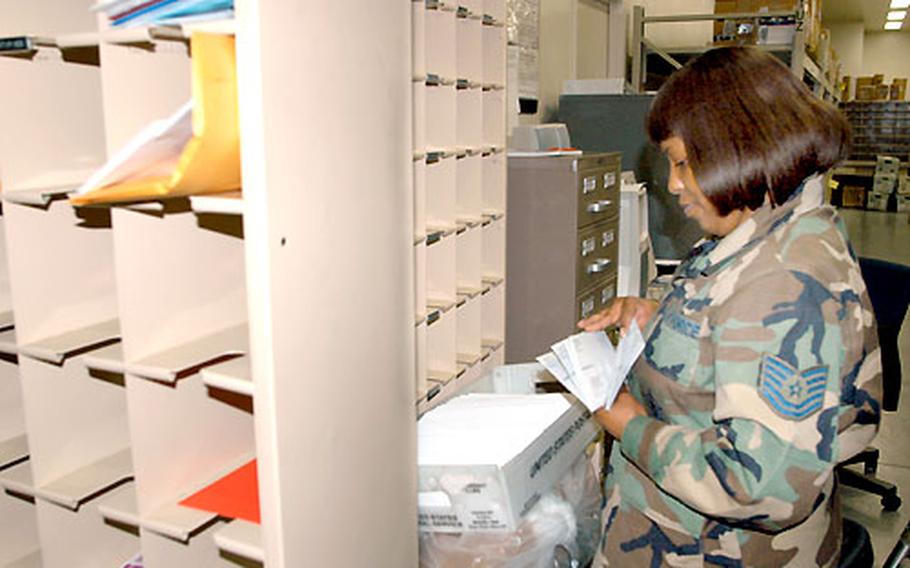 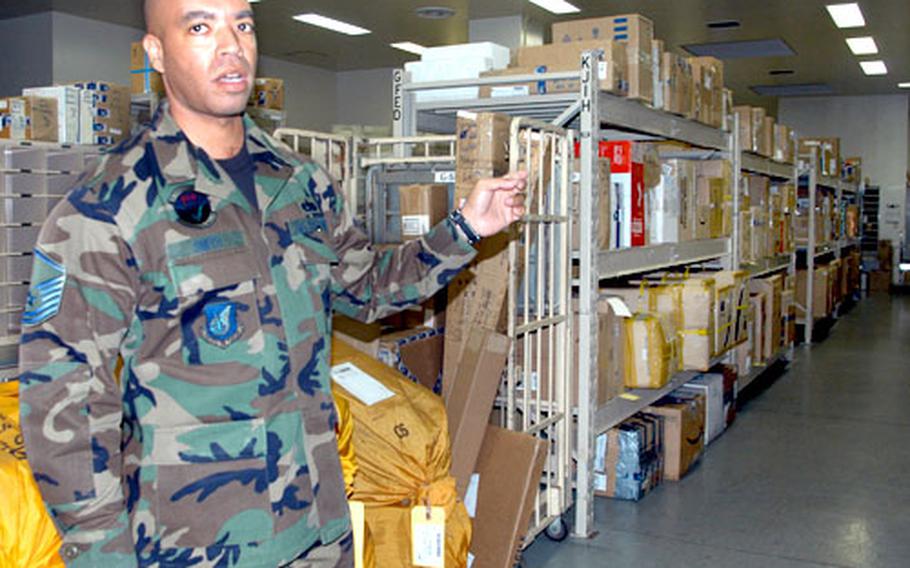 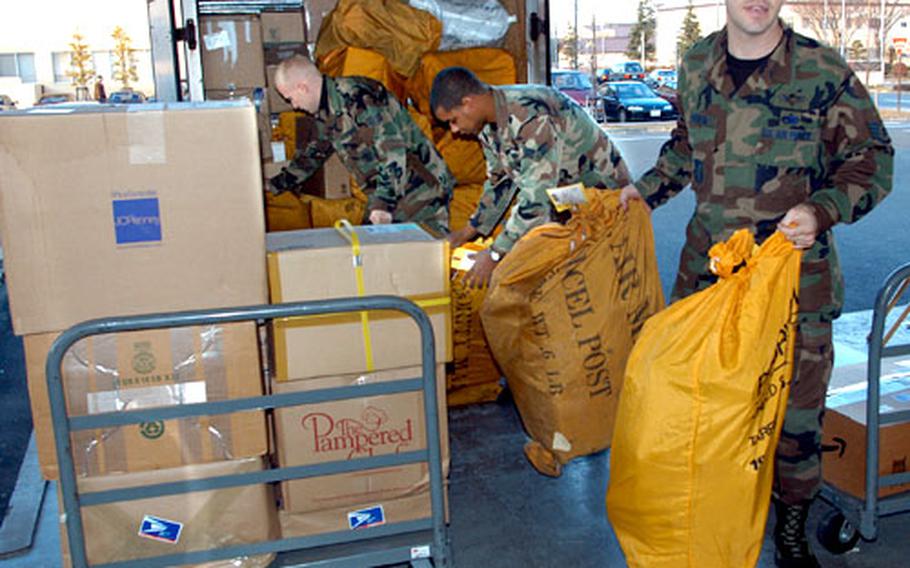 YOKOTA AIR BASE, Japan &#8212; Holiday mail is stacking up in the back room of the post office here.

Hundreds of unclaimed boxes fill areas beneath and atop shelves. And hundreds more will arrive in the days leading to Christmas.

Smith is pleading with base residents to pick up Christmas packages so there will be room for the 5 tons or more expected to arrive daily this holiday season.

According to Smith, about a half-dozen mail-laden trucks arrive daily. That&#8217;s nearly double the amount of mail arriving daily during the year, Smith said, noting 10 temporary employees have been hired to help the normal &#8220;outstanding&#8221; postal crew of 34 who sort packages.

Postal officials say patrons need to pick up a package within a day or two of its arrival if there&#8217;s to be space for boxes yet to come.

&#8220;Come check your mailbox at least twice per day,&#8221; said Staff Sgt. John Autry, who heads the outgoing mail division here. He advises hitting the post office first thing each morning and again at lunch time. That&#8217;s because most packages and letters are sorted overnight and early in the day.

According to Smith, postal workers are busy this time of year from 7:30 each morning until 2 a.m. the following day.

This week before Christmas, patrons can pick up their mail from 9:30 a.m. to 7 p.m. Tuesday and 9:30 a.m. until midnight Christmas Eve.

Speaking of getting the mail out, Autry said if you still have cards and gifts to send, don&#8217;t count on them arriving at their destination before Christmas.