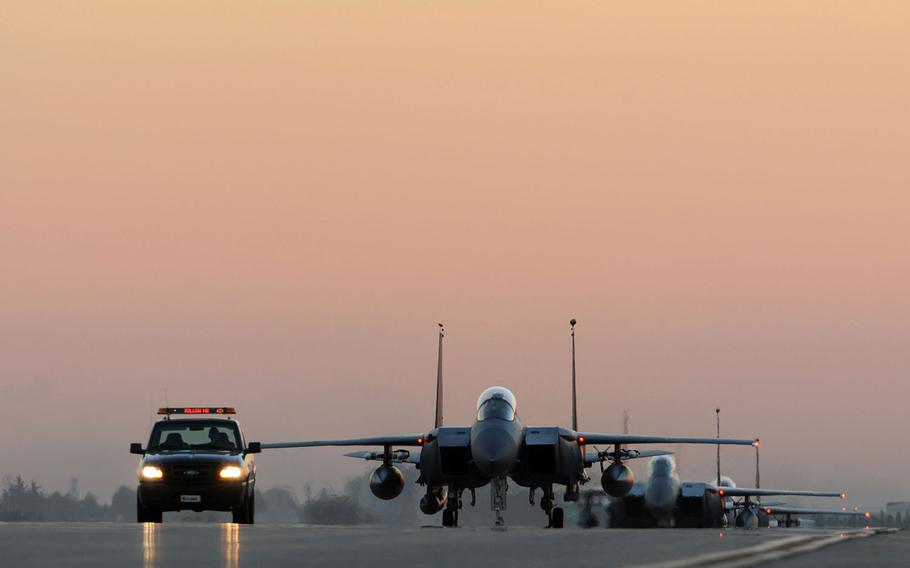 STUTTGART, Germany — Incirlik Air Base in Turkey continued on Tuesday to rely on generators for electricity, four days after Turkish authorities cut commercial power lines to the base following an attempted coup.

It was unclear why Turkey had not restarted commercial power at Incirlik, a launching pad for U.S. strikes against the Islamic State group.

The base continues to be resupplied and there is sufficient fuel to carry out the mission, EUCOM said, and there is no need for food or water rationing.

The delay in restoring commercial power comes amid heightened tensions between the U.S. and Turkey, which owns and operates the base in Incirlik. Turkish President Recep Tayyip Erdogan has called on Washington to turn over a cleric residing in the U.S. whom Turkish authorities have accused of being a mastermind behind the coup plot.

Meanwhile, the U.S. has voiced concern over recent moves by Erdogan, who after regaining control of the country on Saturday began a roundup of thousands of military officers and troops and hundreds of judges.

The State Department has cautioned that Turkey — a NATO ally — is obligated to uphold democratic principles as a member of the alliance.

“We urge the government of Turkey to uphold the highest standards of respect for the nation’s democratic institutions and the rule of law,” Secretary of State John Kerry said Monday.

The U.S. military has not been able to explain why power has not been restored to the base, where a Turkish general and numerous soldiers were taken into custody Sunday amid allegations that they were part of the attempted coup.

“I’ll leave it to the Turkish officials to describe to you what’s happening with — in terms of the effort to restore power and what led to the outage in the first place,” Pentagon spokesman Peter Cook told reporters Monday.

The Turkish Foreign Ministry did not immediately respond to a request for comment.

While it isn’t clear what type of generator system Incirlik is now running on, in theory power should be able to continue so long as there is sufficient fuel.

“We obviously are looking at ways to keep the power on,” Hernandez said Monday. “We are hopeful they will soon get the power turned on.”

Turkey cut off external electricity to the base at roughly 7:30 a.m. Saturday. It also closed the airspace around Incirlik on Saturday, temporarily halting sorties against the Islamic State group in Iraq and Syria. Those operations resumed Sunday.