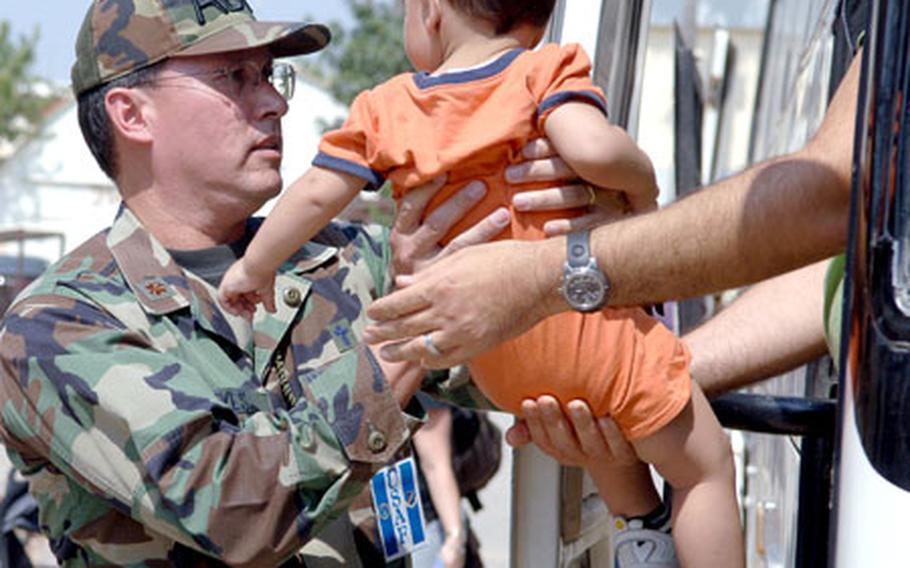 Nearly 1,700 U.S. citizens evacuated from war-torn Lebanon this week slowly began making their way home Wednesday from Incirlik Air Base in Turkey, a base official said.

As of late Wednesday, 1,092 U.S. citizens remained at the base and are expected to be home-bound over the next two days, said base spokesman Tech. Sgt. Brian Jones.

The base hosted, at its peak, the nearly 1,700 evacuees who had boarded the USS Trenton in Beirut on Sunday, sailed to the Turkish port city of Mersin, boarded 53 buses and then traveled to Incirlik.

The evacuees are staying at the Patriot Village.

While base officials were prepared to accommodate roughly 3,000 evacuees, Jones said, they don&#8217;t anticipate receiving any more than the nearly 1,700 already processed.

The Air Force already has flown 445 evacuees from Incirlik on two planes to the United States, Jones said. One flew directly to Baltimore, and the other to Philadelphia.