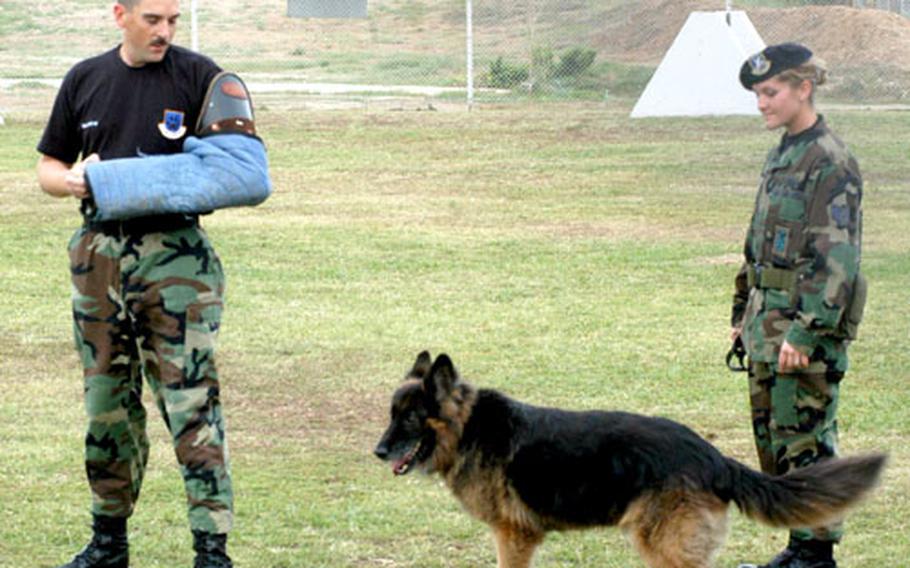 Staff Sgt. John Gravette, helps Staff Sgt. Jessica George and Zeureus, a 5-year-old German shepherd, train for a possible confrontation with a bad guy at the military working dog compound at Incirlik Air Base, Turkey. The dogs and their handlers are busy on base, helping search incoming trucks. (Kent Harris / S&S)

Staff Sgt. John Gravette, helps Staff Sgt. Jessica George and Zeureus, a 5-year-old German shepherd, train for a possible confrontation with a bad guy at the military working dog compound at Incirlik Air Base, Turkey. The dogs and their handlers are busy on base, helping search incoming trucks. (Kent Harris / S&S) 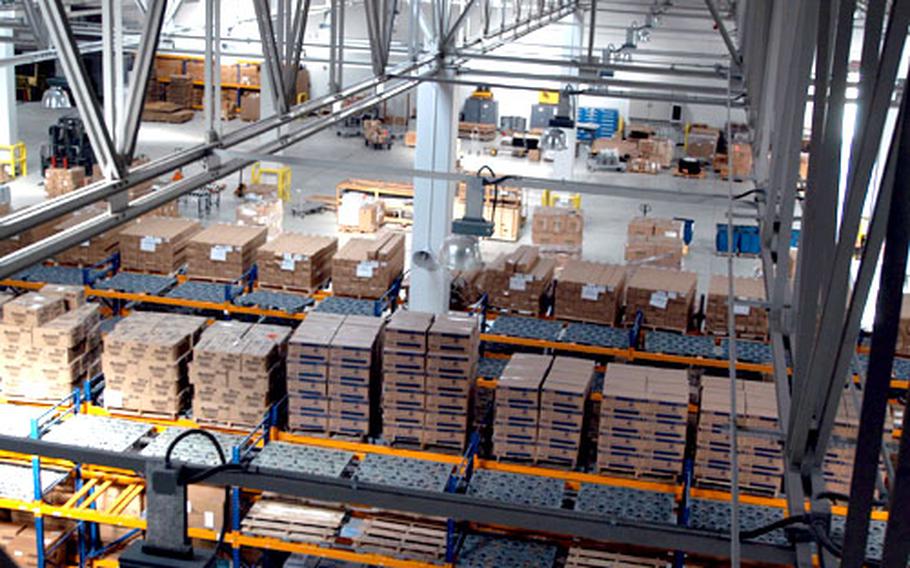 It might resemble a scene from "Raiders of the Lost Ark," but this 89,000 square foot warehouse at Incirlik Air Base has a real-world mission. The largest such facility in U.S. Air Forces in Europe, it houses supplies needed for the 3,500 Americans working and living on base. (Kent Harris / S&S) 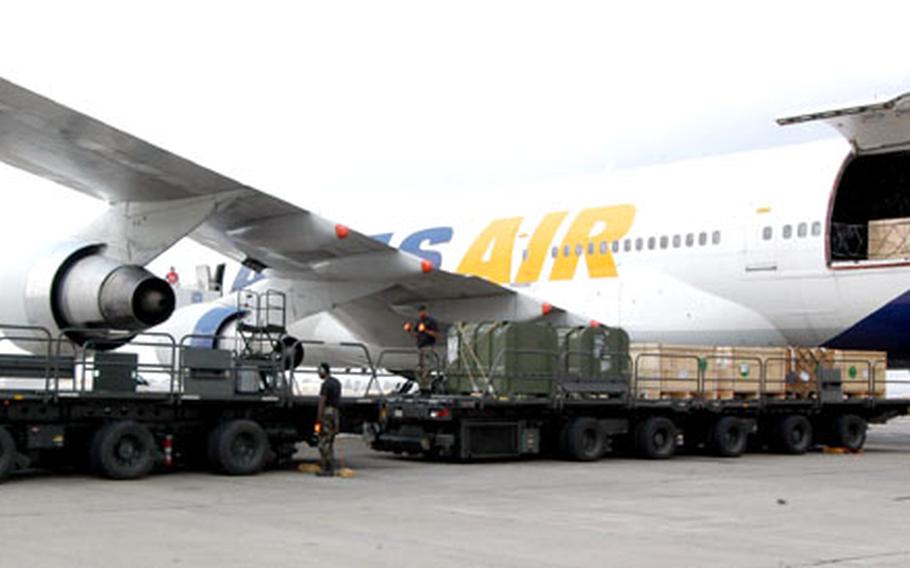 A 747 filled with pallets of cargo bound for Iraq is emptied at Incirlik Air Base, Turkey. Incirlik has seen its mission change from a base for fighter aircraft to a cargo hub where 747s and C-17s combine to ferry in tons of cargo for U.S. forces in Iraq and Afghanistan. (Kent Harris / S&S)

INCIRLIK AIR BASE, Turkey &#8212; For more than a decade, fighter jets constantly patrolled the skies over northern Iraq from this base.

Now, more than two years after the last Operation Northern Watch mission touched down, the roar of jet engines is a common sound again. Since June 1, Incirlik has served as a key cargo hub for operations in Iraq and Afghanistan.

On the runway, C-17s, KC-135s and 747s have replaced F-16s and F-15s. But just as in Northern Watch, the aircraft and their crews don&#8217;t stay around very long. They&#8217;re rotated in from American bases around the globe for periods ranging from a few weeks to a few months.

The KC-135s, which refuel C-17s on the way to Afghanistan, arrived on base shortly after the last jet fighter departed in 2003. While at Incirlik, crews are assigned to the 90th Expeditionary Air Refueling Squadron.

Currently, two of the planes hail from RAF Mildenhall, England, and four from Andrews Air Force Base, Md.

The 747s, hired by the military to ferry huge amounts of cargo from the States, touch down about four times a day, each carrying up to 42 pallets of equipment or supplies.

It takes members of Capt. Aaron Scheer&#8217;s flight less than two hours to unload the cargo and move it to a storage area. Within 48 hours, the pallets are loaded onto C-17s for the trip downrange.

Because Iraq is only a short flight away, crews often can make two trips in a day. Currently, C-17s head out an average of more than nine times a day.

More trips and more locations &#8212; there are now eight destinations in Iraq &#8212; mean supplies should be getting to those on the ground more quickly than they used to, Kulas said.

Lt. Col. Chad Manske, commander of the 385th Air Expeditionary Group &#8212; the headquarters element for the 90th and 817th &#8212; said there are about twice as many crews as aircraft in theater. The crews alternate between rests from the long missions.

Manske estimated that 75 percent of the military&#8217;s strategic airlift into Southwest Asia is managed by the crews in Turkey.