In wake of fatality, Misawa urges motorcyclists to ride with care 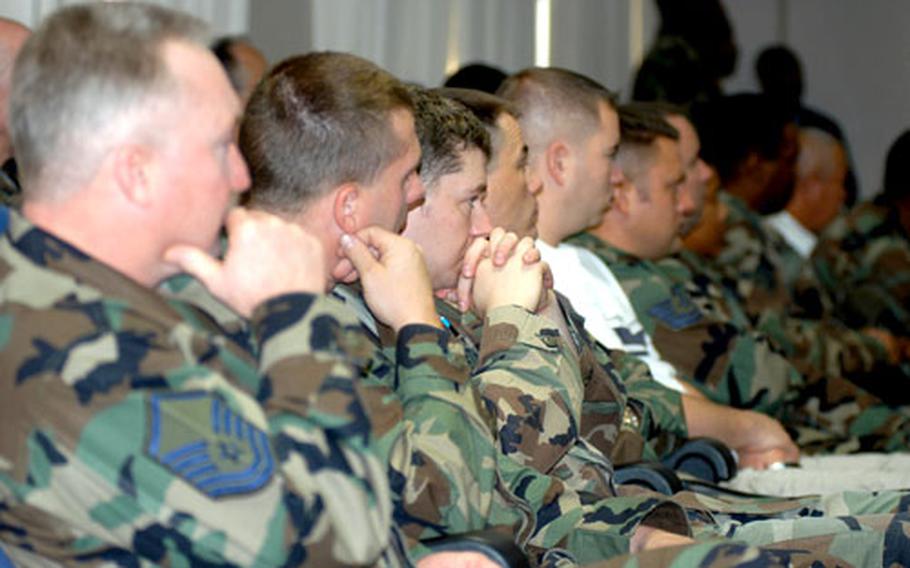 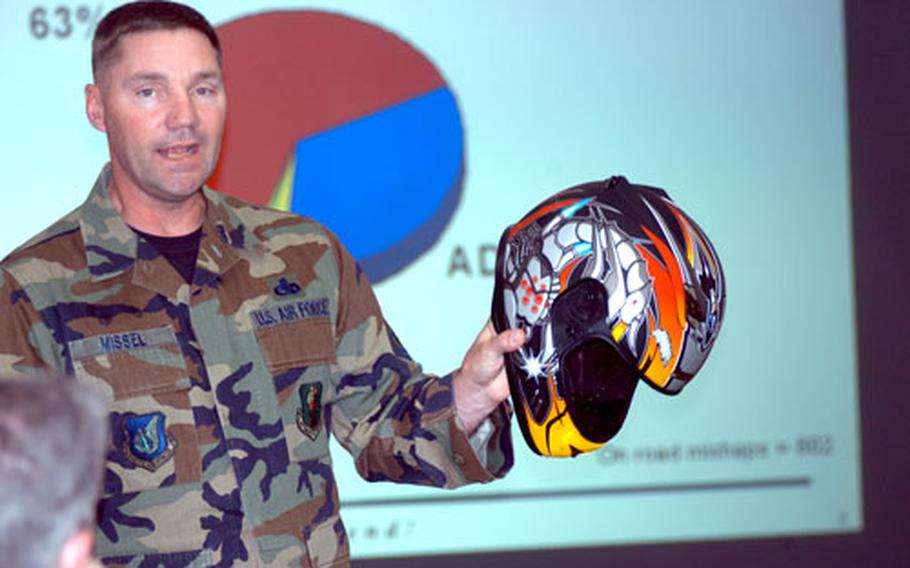 MISAWA AIR BASE, Japan &#8212; A week after a staff sergeant was killed on his motorcycle, base officials ordered all licensed motorcycle riders to attend a mandatory safety briefing Monday morning.

More than 150 airmen, sailors and civilians packed into the conference room at 35th Fighter Wing headquarters for a motorcycle safety talk and a sobering reminder of the risks of two-wheel transportation.

A memorial service for Orentlal S. Steward was planned Monday afternoon in the main base chapel. Steward, 29, a member of the 35th Logistics Readiness Squadron and the Misawa Marauders football team that won the 2005 U.S. Forces Japan-American Football League championship, was killed Oct. 9 while riding his motorcycle near the Misawa city ice rink off base. Base officials said Monday the accident, including whether Steward was at fault, is still under investigation.

That fatality was the fourth death of a Misawa airmen on a motorcycle since 1996. The others involved a staff sergeant, a senior airman and a technical sergeant, underscoring, base officials said, that inexperience could have been a factor. Another airman also was hurt in a motorcycle accident earlier this summer and is still recovering from his injuries. In fiscal 2005 across the Air Force, there were 15 motorcycle fatalities, according to information presented Monday.

Angelella said he doesn&#8217;t ride but stressed he isn&#8217;t anti-motorcycle. He asked senior riders to take less experienced ones under their wing and &#8220;teach them how to ride, how to keep themselves alive.&#8221; At the same time, Angelella said, he wants to hear ideas on how to ride safely in Japan.

Missel said motorcycles are more likely to be involved in injury and fatal collisions with fixed objects than other vehicles. And the majority of accidents between a motorcycle and vehicle occur at intersections, the most frequent situation being a car turning in front of a motorcycle.

Missel said he likes the idea of a mentorship program in which more experienced riders would encourage new riders to develop their skills and confidence before taking their bikes off base. Many motorcycles are built for high performance and can travel as fast as 140 mph, he said.

&#8220;They will clearly outperform any road condition available in this country,&#8221; he said. &#8220;I equate it to driving a NASCAR vehicle down White Pole Road.&#8221; For someone not familiar with the machine&#8217;s power, that can be a recipe for disaster, he said.

With Misawa&#8217;s riding season over in mid-November, Missel said no new motorcycle safety requirements or changes have been implemented. But he said he plans to discuss the issue at an upcoming 5th Air Force conference. &#8220;We are actively looking, not just at Misawa but across the command, for ways to do a better job of protecting riders,&#8221; he said. &#8220;All options are on the table.&#8221;