In this war, pigs are besting Iraqi farmers 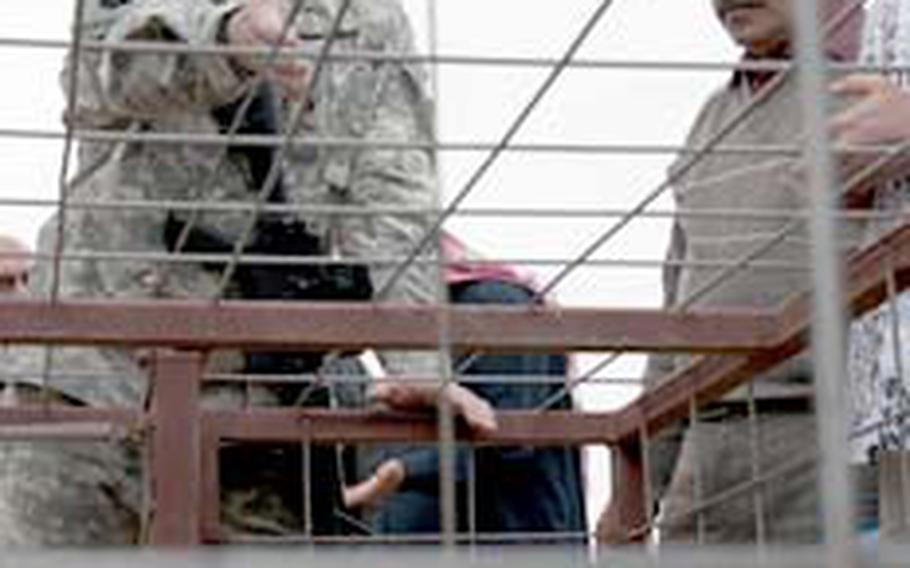 Buy Photo
Lt. Col. Wade Reaves, a civil affairs specialist, offers instructions to Iraqi farmers on the use of a "Boss Hawg" pig trap imported from the Kentucky. U.S. officials hope Iraqis can learn to manufacture their own hog traps to check the spread of feral pigs threatening agriculture in northern Iraq. (Michael Gisick/Stars and Stripes)

Buy Photo
Lt. Col. Wade Reaves, a civil affairs specialist, offers instructions to Iraqi farmers on the use of a "Boss Hawg" pig trap imported from the Kentucky. U.S. officials hope Iraqis can learn to manufacture their own hog traps to check the spread of feral pigs threatening agriculture in northern Iraq. (Michael Gisick/Stars and Stripes) 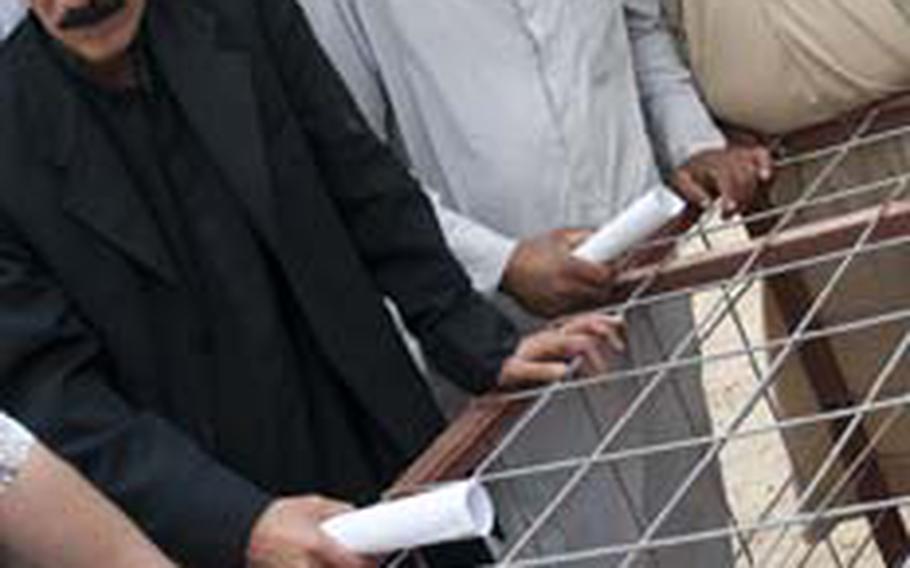 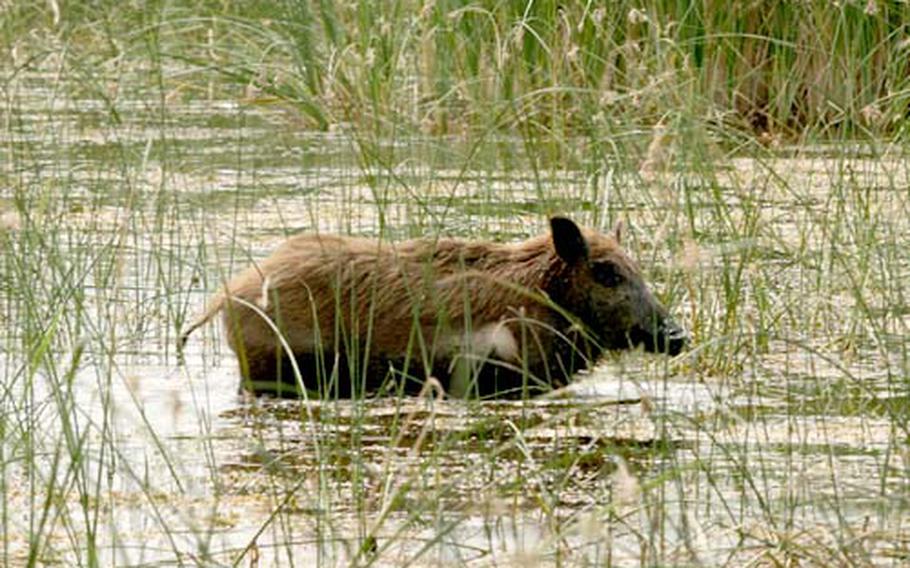 Wild pigs such as this one have wreaked havoc on farmland in the Kirkuk area in northern Iraq. (M. Slaim/Courtesy of Nature Iraq)

KIRKUK, Iraq &#8212; Of all the calamities war has loosed upon Iraq, pigs are not among the most obvious.

Yet, there they are, across a growing swath of northern farmland, a scourge of feral swine risen from the reeds to root among the furrows and wreak havoc on the fields.

&#8220;We farmers don&#8217;t even want to plant anymore because the pigs just eat it all,&#8221; said Abdullah Abdullah, a farmer southwest of Kirkuk whose fields have been trampled by swine. &#8220;And this animal, he is not just eating like other animals. He also destroys.&#8221;

In better times their numbers were checked, in part, by hunting parties of Christians from Kirkuk who, unlike the Muslim farmers of the countryside, wanted the pigs for food.

&#8220;They would bring their guns and even dogs and they would hunt these pigs,&#8221; said Abdullah Munshid al-Assi, a sheik in the village of Sada. &#8220;Those were nice times. They used to stay here at my house and we were friends. But now, because of the security situation, they cannot come anymore.&#8221;

Local farmers, who grow wheat and barley, are hesitant to shoot the hogs lest their gunfire be misinterpreted by security forces. A hunting party from a nearby &#8220;Sons of Iraq&#8221; checkpoint corralled several dozen hogs last year, al-Assi said, but the pig shoot was interrupted by gunfire from a neighboring checkpoint that believed it was under attack.

Farmers also fear the hogs carry swine flu, though no cases of H1N1 have been recorded in Iraq, and scientists say the virus is not transmitted by pigs.

With hog control efforts thus suspended, the swine population has exploded. Al-Assi says half the crops in his domain have been destroyed this year. Last year, he says, he dug deep trenches around some of his fields. The pigs still got in.

During a lunch meeting with American soldiers and reconstruction officials this week, he urged a deployment of decisive military force.

&#8220;Maybe you can send choppers at night and they can shine down big lights on the pigs and shoot them from the air,&#8221; he said.

An American patrol did engage in a largely unsuccessful overnight pig hunt last year, U.S. officials say. But with an airborne assault unlikely, members of the provincial reconstruction team in Kirkuk delivered to al-Assi another countermeasure: a Boss Hawg brand pig trap imported from Kentucky.

Jim Vancura, a U.S. Department of Agriculture representative with the local provincial reconstruction team, said he sought State Department funding to launch a hog-trapping pilot program. But the request was rejected over concerns about American money being used to kill pigs &#8212; pork-barrel spending if there ever were such a thing.

So a member of the PRT paid for the Boss Hawg herself.

Vancura hopes that if the trap works, some northern Iraqi will go into business manufacturing something like it.

Army Lt. Col. Wade Reaves, a civil affairs specialist and veterinarian who spent a decade involved in feral pig control efforts in Mississippi, offered farmers in Sada a class on hog control but warned them not to expect overnight success.

Some local farmers put out a mixture of wheat seed and gypsum, a mineral commonly used as an ingredient in drywall and plaster. When the gypsum mixes with water in a pig&#8217;s stomach, &#8220;their insides become like concrete and they die,&#8221; said Akram Kamal Aref, a director general for the state veterinary company in Kirkuk.

Other farmers use strychnine mixed with intestines from the slaughterhouse, bait already employed against the area&#8217;s large packs of feral dogs.