In Thailand, troops track down bargains 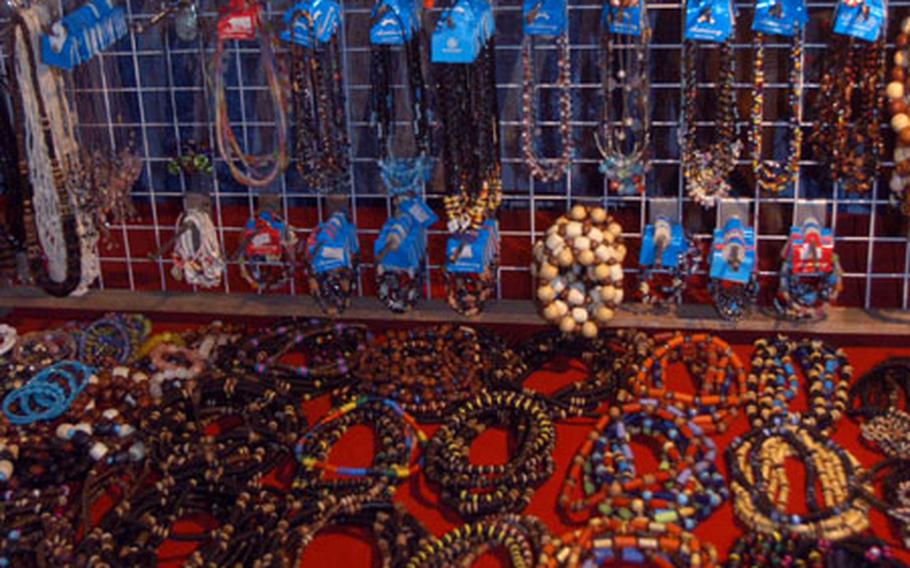 Servicemembers load up on trinkets and jewelry like these pieces for sale at a market outside the Ambassador City Hotel near Pattaya, where Gobra Gold is headquartered. (Juliana Gittler / S&S)

Not all the DVDs servicemembers snatch up work, however. Clark found that ones in plastic seem OK. Those in DVD boxes aren&#8217;t.

Last year, only two of the 12 DVDs Pennicooke bought actually worked. This year, she&#8217;s loading up on music CDs and household goods.

According to many servicemembers, the DVDs function on computers but not always on home DVD players.

Lance Cpl. Ricky Boser, with the 1st MAW at Camp Foster, Okinawa, bought gifts for his family back home &#8212; mostly knick- knacks, like a wooden elephant, and T-shirts.

&#8220;The people here are great. The soldiers, the civilians, everyone here is friendly. They make you feel really welcome,&#8221; Pennicooke said.

Clark agreed the people make Thailand a nice place to train. He volunteered to teach nonlethal control tactics to Thai and U.S. Marines.