In Saddam’s hometown, citizens have their say 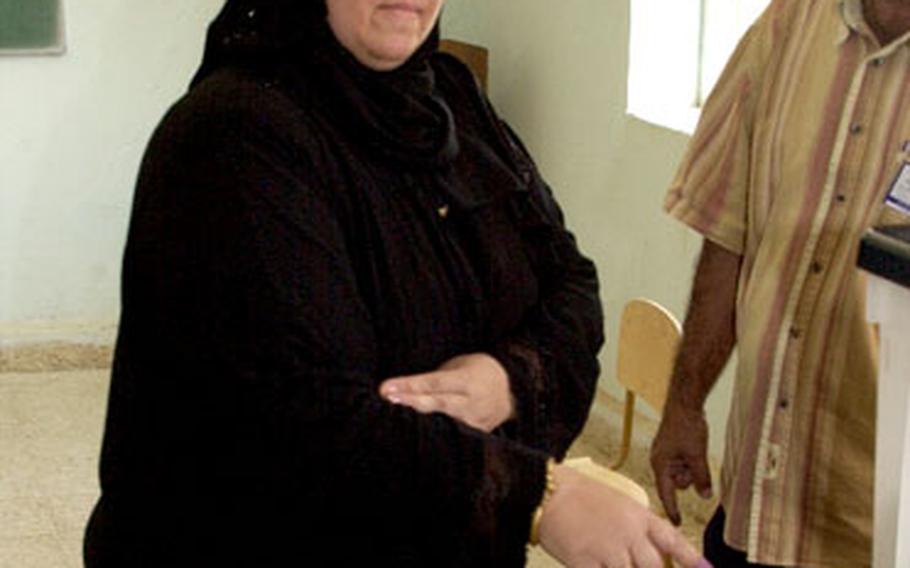 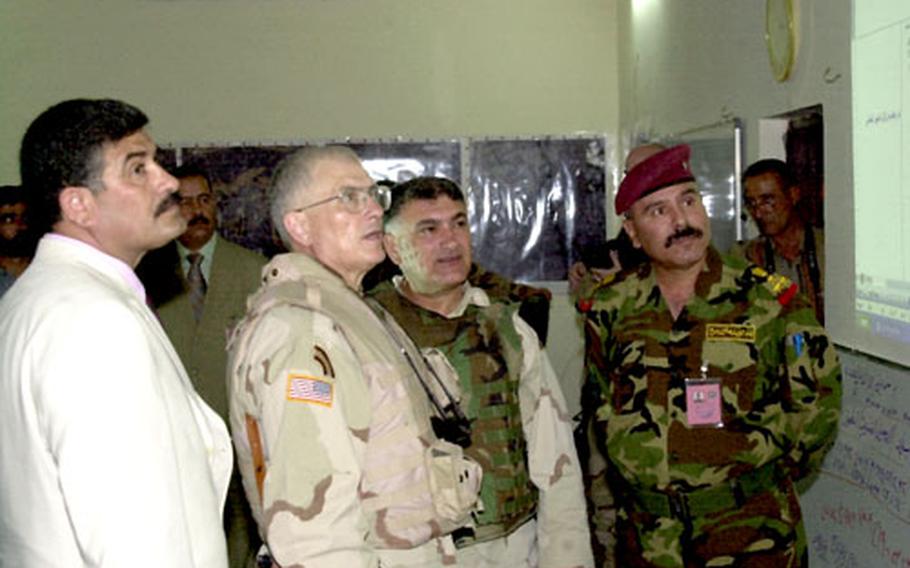 On Saturday, Pfc. Demetrio Macliz, 22, and others from the 3rd Infantry Division&#8217;s 2nd Battalion, 7th Infantry Regiment halted their Humvees at the barbed wire blocking the streets near voting stations.

They watched Iraqis walk around the wire to a school 100 yards away, where citizens cast their votes on Iraq&#8217;s constitutional referendum.

By the time voting closed at 5 p.m., voters had turned out in force in Saddam Hussein&#8217;s hometown of Tikrit and throughout Salah ad Din province without any major violence Saturday, according to preliminary reports.

About 73 percent of registered voters, or 414,769 people, had cast ballots by 5 p.m. and more were bring counted, officials said. But, a high-ranking U.S. Army official conceded that those figures have a large margin of error due to votes that may have been counted for two different counties.

So many voters showed, three provincial polling stations ran out of ballots but were re-supplied, Iraqi election officials said.

The Provincial Joint Coordination Center received a report accusing militants of intimidating voters by threatening them with death if they did not vote &#8220;no,&#8221; but Iraqi police denied the claim. A smattering of roadside bombs were found Saturday, but no injuries were reported. All civilian traffic was cordoned off from the province&#8217;s main roads and city centers.

Soldiers based in Tikrit said they were pleasantly surprised by the lack of explosions.

Photos from U.S. unmanned aerial vehicles showed lines forming outside the doors at multiple polling stations throughout the province.

By 9 a.m., more people had voted in Beiji than had all day during the Jan. 15 elections, according to Iraqi poll numbers.

One of the strongest signs of hope for Iraqi and U.S. officials came when the first numbers came from Samarra. Labeled a &#8220;failed city&#8221; by the Army due to its continuing violence and robust insurgency, the city eclipsed its Jan. 15 vote total by 10 a.m.

Some voters interviewed outside the polling station said they voted &#8220;yes&#8221; as a symbol of their desire for security.